Spain has been one of the most influential countries of modern history. For 120 years, Spain was the largest empire on earth, spanning from the Americas to the Philippines. Over the centuries there have been many famous Spanish people: kings and queens, actors, generals, artists, etc. that have helped build the world as we know it today.

If you are interested in Spanish culture we believe this article on what is Spain famous for will also be of interest for you.

Instead of mentioning just one player we think it appropriate to highlight Spanish soccer as a whole. Spain is a hotbed of soccer talent, producing some of the best players to ever lace up a pair of cleats. From Raúl,- Real Madrid– to Guardiola to Iniesta (FC Barcelona) there are almost too many players to mention. But one of the best and more current players Spain has is David de Gea, current goalkeeper for Manchester United and the Spanish National team.

David de Gea Quintana started off his career with Atlético de Madrid and became one of the top goalies in European soccer. In 2011 de Gea signed a record breaking deal with Man U and went on to dominate the Premier League. He is the only Manchester United player to win three consecutive Sir Matt Busby player of the year awards, and was one of the key players in Manchester United’s FA Cup victory in 2016. 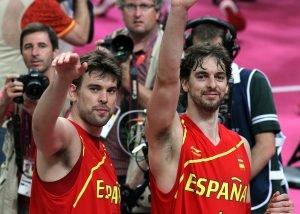 Pau Gasol is a Spanish Basketball player born in Sant Boi de Llobregat, outside of Barcelona. Pau is the most successful Spanish export in the NBA. As a member of the Memphis Grizzlies he was named NBA rookie of the year in 2002 and became an NBA all star in 2005. The 7-footer would then go on to play for the LA Lakers and, alongside the late-great Kobe Bryant, win 2 NBA titles in 2009 and 2010. He would also be named to the All Star team 3 more times during his stint with the Lakers and twice more as a Chicago Bull.

But Pau’s is beloved in Spain for his contributions to the Spanish National team. Pau is the team’s all time leading scorer and rebounder and has led the team to numerous medals in international competition including a gold medal in the 2006 Basketball World Cup and a silver medal in the 2012 Olympics in London.

Rafel Nadal is constantly in the conversation for the best tennis players EVER. Rafael “Rafa” Nadal Parera has won 14 Grand Slam singles titles and an Olympic gold medal, making him only the second player to earn the Career Golden Slam, at only 24 years old! Rafa is particularly dominant on  clay courts, but has won Grand Slam titles on grass and hard court as well.

Rafa is a great source of pride for Spaniards as he has always proven to be a great ambassador for the country and the sport of tennis world wide. Rafa has founded several youth tennis schools and has helped children across the globe through his charity the Rafa Nadal Foundation. 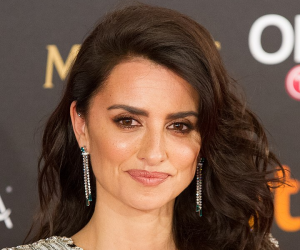 The Spanish cinema industry has always produced some very influential movies, actors, directors, etc. outside of hollywood. From Luis Buñuel, to Almodovar, to Antonio Banderas, Spaniards have a long and fruitful relationship with the “big screen”. Many of the famous movies tha take place in Spain have been very important holywood productions.

Cruz has been nominated for the Golden Globes for her roles in “Nine” and “Volver” and won an Academy Award for Best Supporting Actress for her role in Vicky Cristina Barcelona.

Salvador Dali is easily one of the most famous painters, and all around characters, of the modern era.

Dali, born on the Catalonian coast in Cadaques,  is famous for his surrealist style and bizarre imagery. Dali came up at the Real Academia de las Bellas Artes in Madrid where he became a proficient technical painter. It was later on when he was introduced to the works of Miro, when he began delving into surrealism.

It was this clash that defined his style where Dali would take traditional painting styles and archetypes and distort them to create his own avant-garde style. Dali was also a sculptor, a filmmaker, and photographer. Some of his most important works can be found at the Reina Sofia museum in Madrid. 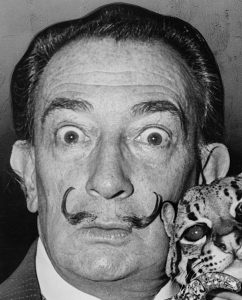 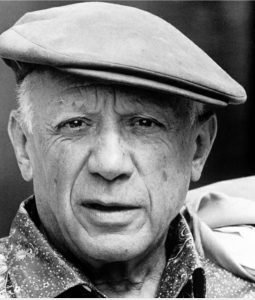 Picasso was born in Málaga, Andalucía. Like Dalí, Picasso began as a very technical artist. Once he was able to establish his own style, he became one of the most influential (if not THE most) artist of the 20th century.

He is the creator of Cubisim, three-dimensional constructed sculpture and collage. Picasso’s inquisitive nature led him to explore different art movements and techniques over his long career. The influence of these different movements on Picasso are evident as they created very unique phases in his career such as the Blue Period, Rose Period, African influenced Period, and Cubism. His most famous paiting, El Guernica, is exposed at the Reina Sofia museum in Madrid.

Another painter on the list. Diego Velazquez is the great master of the Baroque period, and one of the most famous portrait artists in history. Born in Seville, Andalucía, Velazquez became the court painter for King Philip IV, and only produced about 120 canvases in his lifetime. Velazquez  was tremendously influential but Edouard Manet was particularly affected by the works of the spanish painter, who he described as “the painter of painters.”

You will be able to enjoy some of the most interesting paitings from Velazquez (including Las Meninas) at the Prado Museum in Madrid.

Miguel de Cervantes is the author behind the classic tale of Don Quixote. This masterpiece is considered to be the first modern novel, and it has influenced the culture over 400 years. From music, to film to, obviously, literature Don Quixote is perhaps the most influential book of the modern era. The image of and old Don Quixote in his weak horse moving towards the old wind mills of Spain is universal.

A survey among current influential authors was done to determine which was the best book of fiction ever written, and Don Quixote won overwhelmingly, by over 50 percent.

Today, The Institute Cervantes brings the study of Spanish language and culture all over the world.

Hernán Cortes was the military leader of the colonization of the Americas and, notoriously, responsible for the downfall of the Aztec Empire. Cortes was born in Spain but moved to Cuba to seek his fortune, and came to serve under the governor.

Once he had made a name for himself he was commissioned to lead an expedition into Mexico. At the last minute however, the mission was cancelled, but Cortes in an act of defiance rallied his armies and set off to conquer the Yucatan peninsula and the Aztec city of Tenochtitlan. 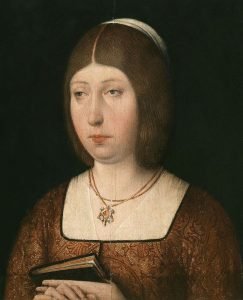 Queen Isabel I of Castile, wife of Ferdinand II of Aragon, was the leading force behind the reconquering of Spain back from the moors. Between Isabel and Ferdinand they were able to reconquer and unify Spain. They were also the monarchs that funded Christopher Columbus’s 1492 expedition to the new world, resulting in the discovery of the America’s. Isabel laid the groundwork for Spain to become the most powerful empire on the planet for over 100 years.

Spain has given the world immensely talented painters, writers, athletes, and leaders. These amazing individuals have influenced billions of people through power, sport, and culture 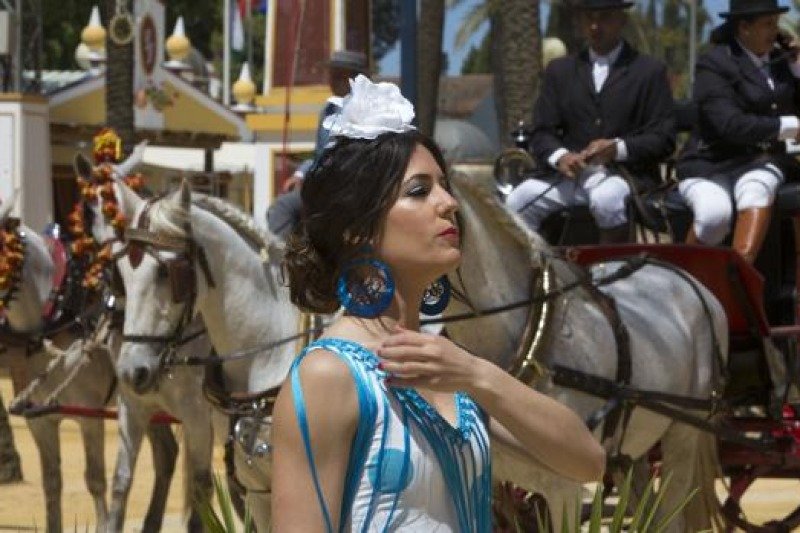 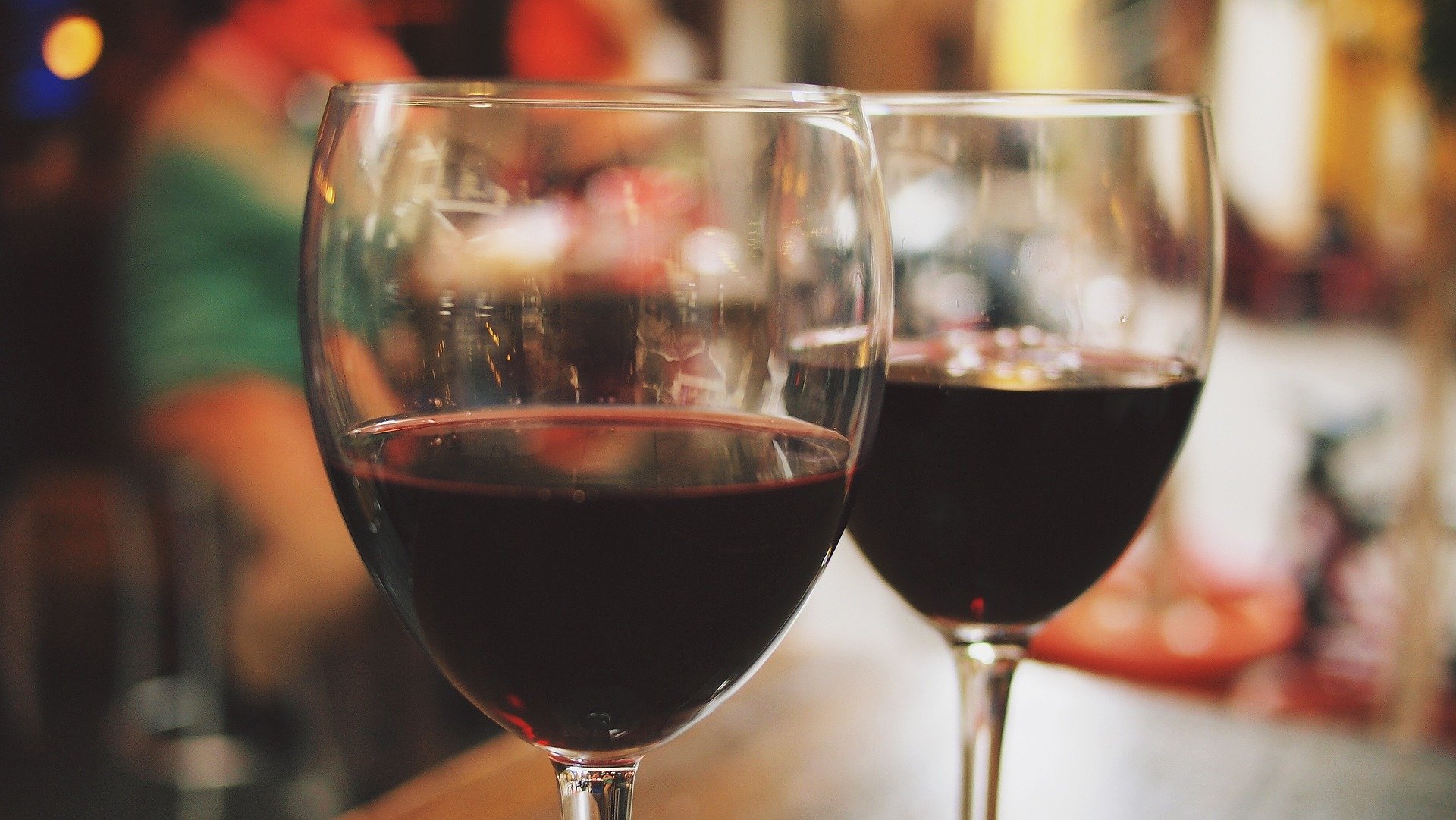 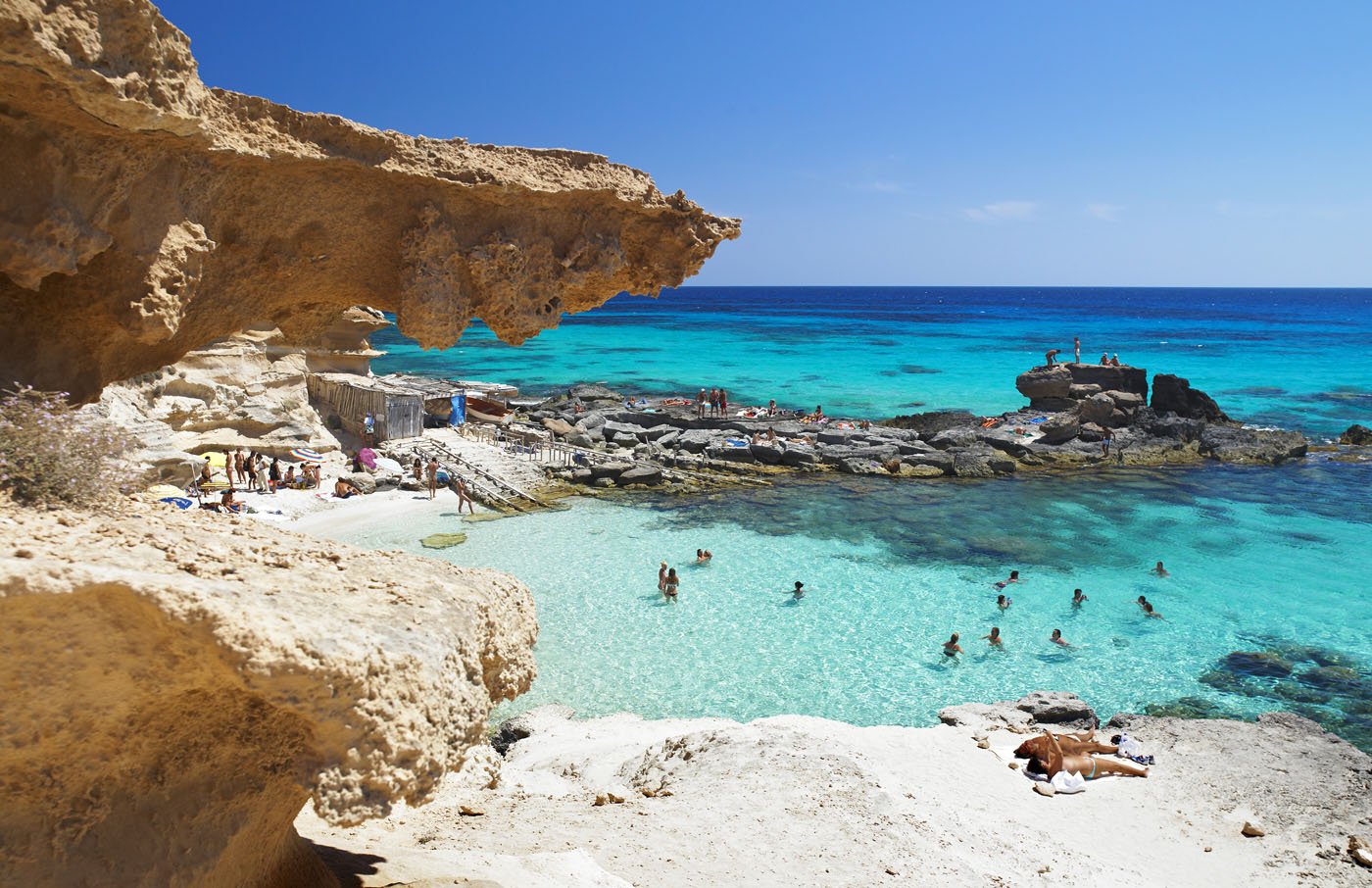 Where is Ibiza? Discover where this amazing corner of the world is 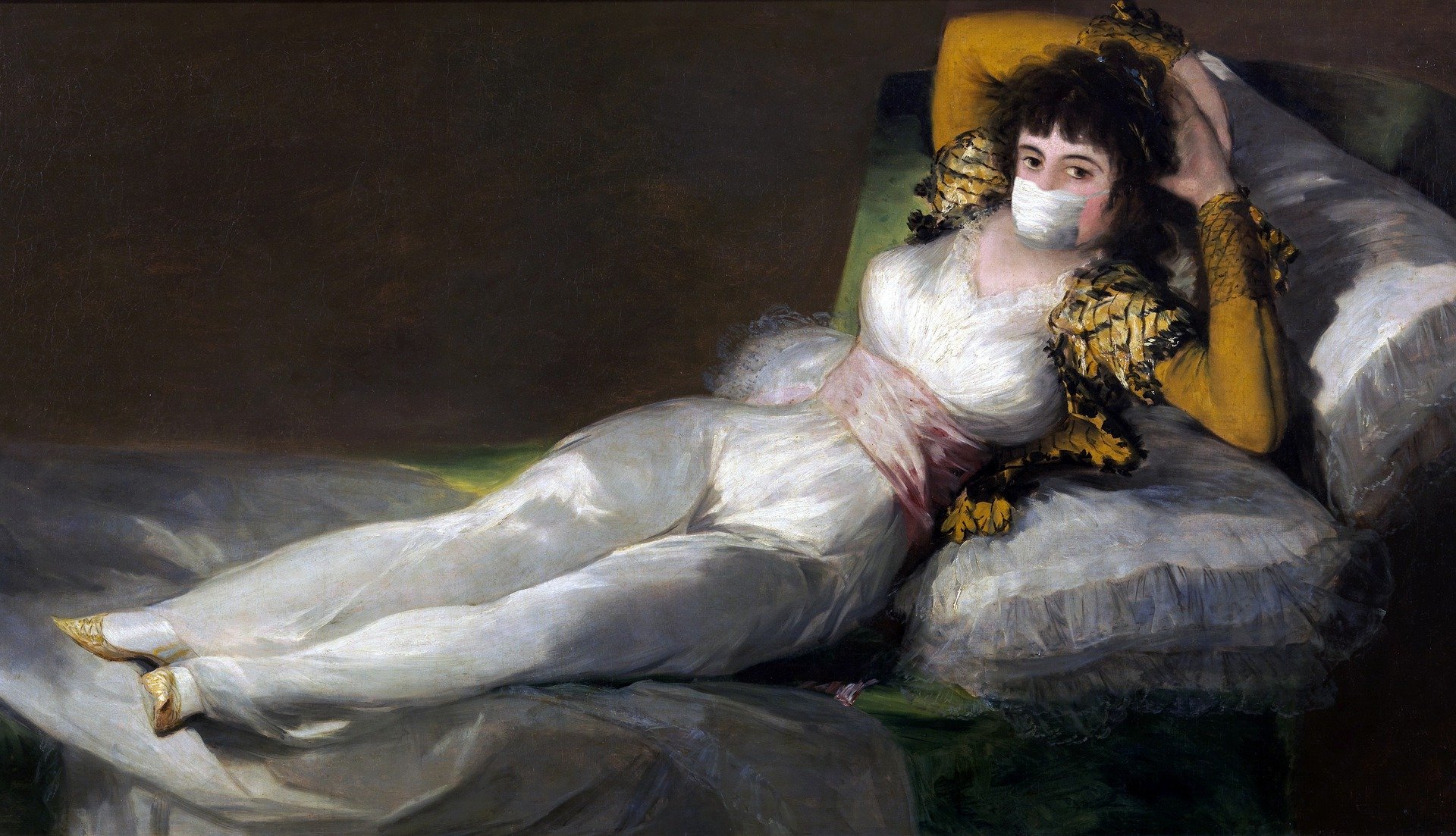 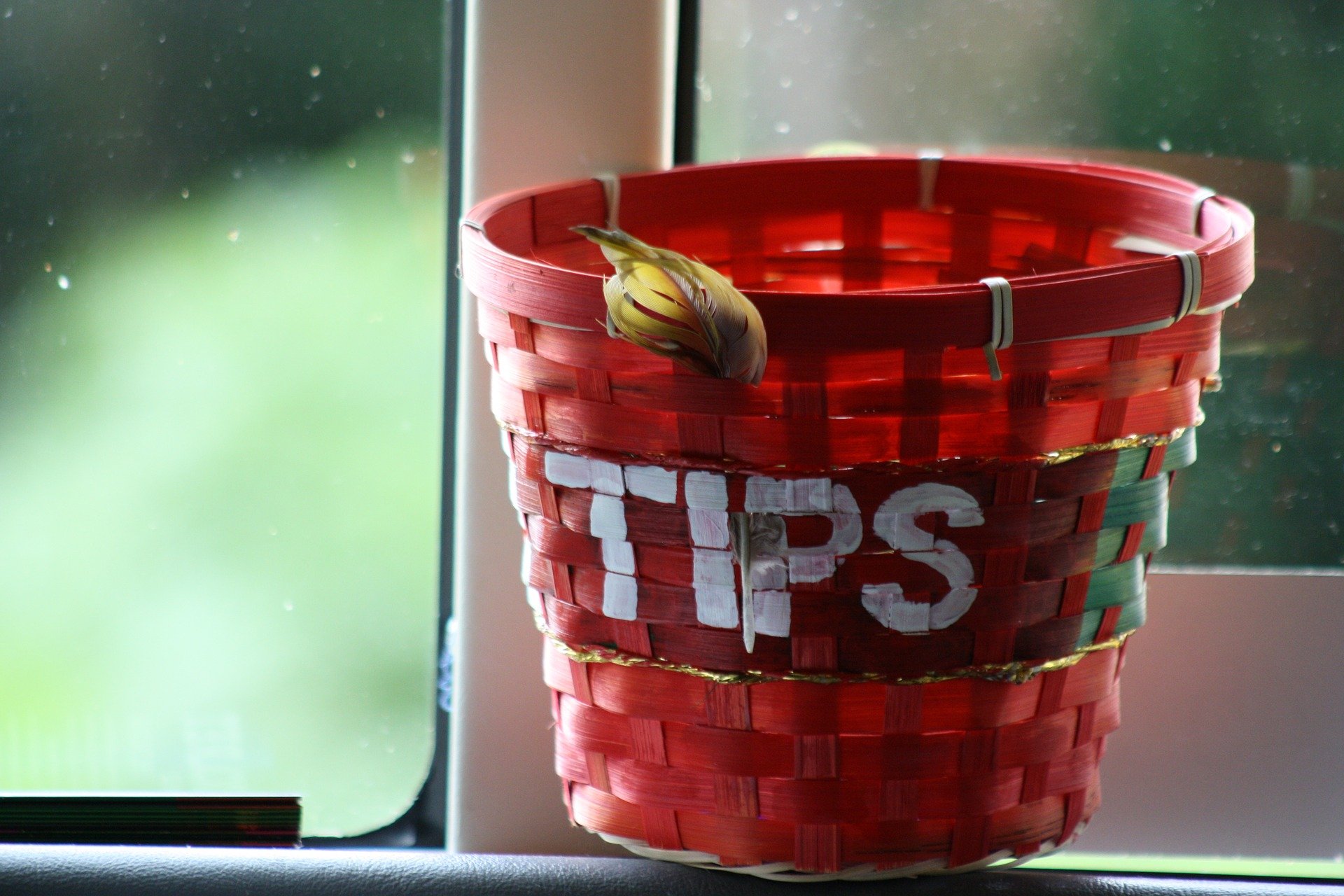 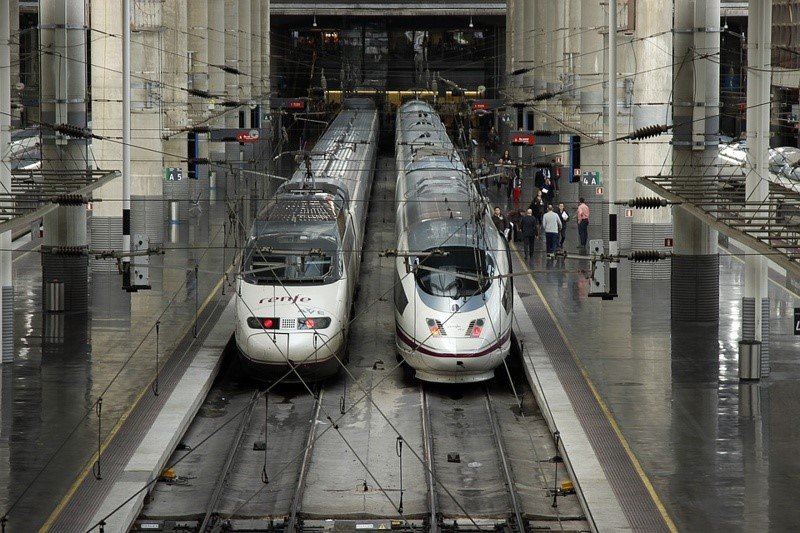