The small town of Ronda is located in Málaga and has  35,000 inhabitants is the 3rd most visited place in Andalusia, and with good reason. Discover in this Ronda city guide the most interesting attractions in the city and the ways to make the most out of your visit to Ronda.

Ronda is straight out of a storybook. Ronda is perched high on a cliff and is divided in two by a canyon that runs through the town. The two halves are held together by an 18th century bridge.

Right at the edge of the sheer cliff that protected the town in less civilized times, you will also find one of the oldest and most storied bullfighting rings in all of Spain.  This little corner of Andalusia is a truly magical place. 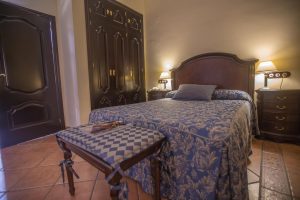 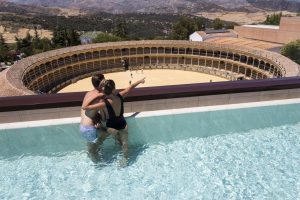 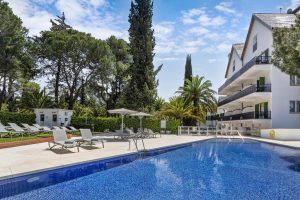 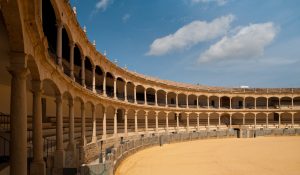 Ronda Bullfighting Ring: The oldest and one of the most beautiful bullrings in Spain 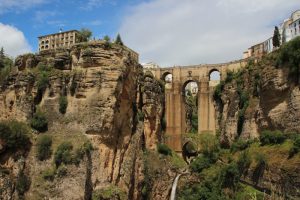 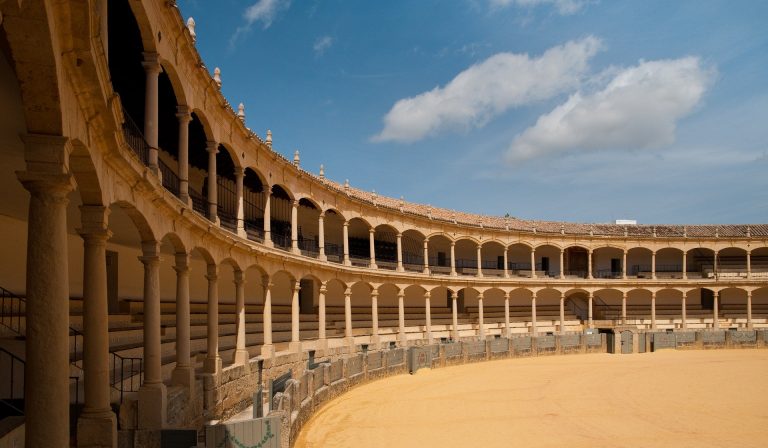 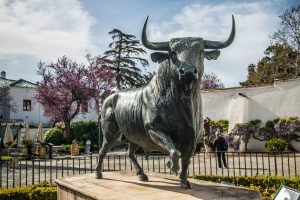 Spain is filled with amazing little towns that for whatever reason seem to be frozen in time, preserving all the authenticity and magic from days past. One such place is Ronda, a town straight out of a story book.

Ronda is located in the South of Spain, in Andalucía, just about 100km from Málaga. Thanks to the towns strategic vantage point in the Sierra de las Nieves National Park, many different civilizations settled or conquered Ronda from the Celts, to the romans to the Phoenicians to the Moors, each civilization leaving behind their own mark. The town is built high up on a sheer cliff making it hard to access and breath-taking to look at. Ronda is also split in two by a canyon and held together by the amazing Puente nuevo or New Bridge built in the 1700’s

Ronda is also home to one of the oldest bullfighting rings in Spain. Built in 1785, the Plaza de Toros de la Real Maestranza de Caballería de Ronda is the birthplace of modern bullfighting. The legendary bull fighter Francisco Romero introduced the use of the Red cape or Muleta to bait the bull and also was the first to face the bull on foot instead of on horseback, which was customary back then. Today the ring can be visited and includes a great museum that chronicles the history of Bullfighting in Ronda.

Such is the alure of Ronda that it is Andalusia’s 3rd most visited city and it sparked the fascination of the likes of Ernest Hemming way and Orson Wells who fell in love with the towns culture and its relationship with bull fighting.

Cayetano Ordoñez, one of Ronda’s mythical bull fighters was the inspiration for the character Pedro Romero in Hemmingway’s novel Fiesta or the sun also rises. Hemingway also wrote A dangerous summer inspired by the fierce rivalry between Cayetano’s son, Antonio and matador Luis Miguel Dominguín during the 1959-60 season.

Orson Wells felt great affection for Spain and Andalucía in particular. He filmed what he claimed was his favourite film in Spain, Chimes at Midnight and his un-released film Don Quijote is still considered one of the great unfinished films of all times. Wells also developed a strong friendship with the Ordoñez family and the film makers ashes, per his request, are buried in the back yard of the Ordoñez estate.

Ronda is a town brimming with tradition, culture and folklore, a magical little corner of southern Spain that is well worth a visit.

Ronda in a few minutes 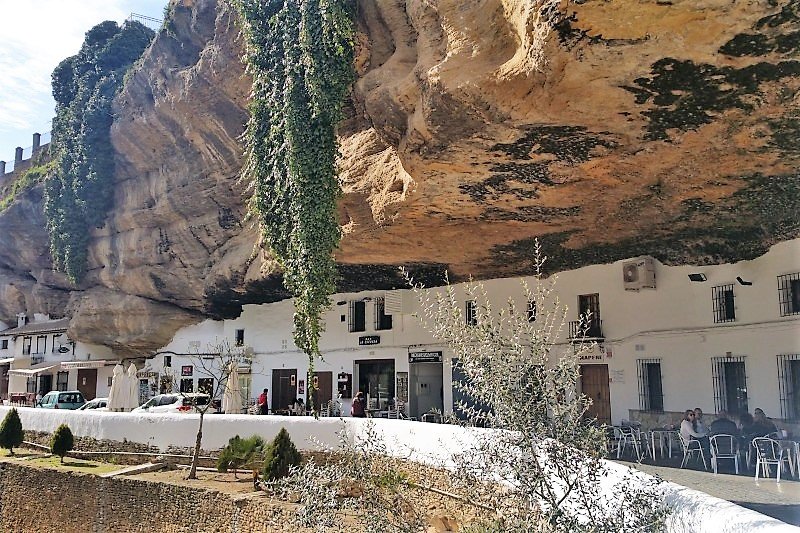 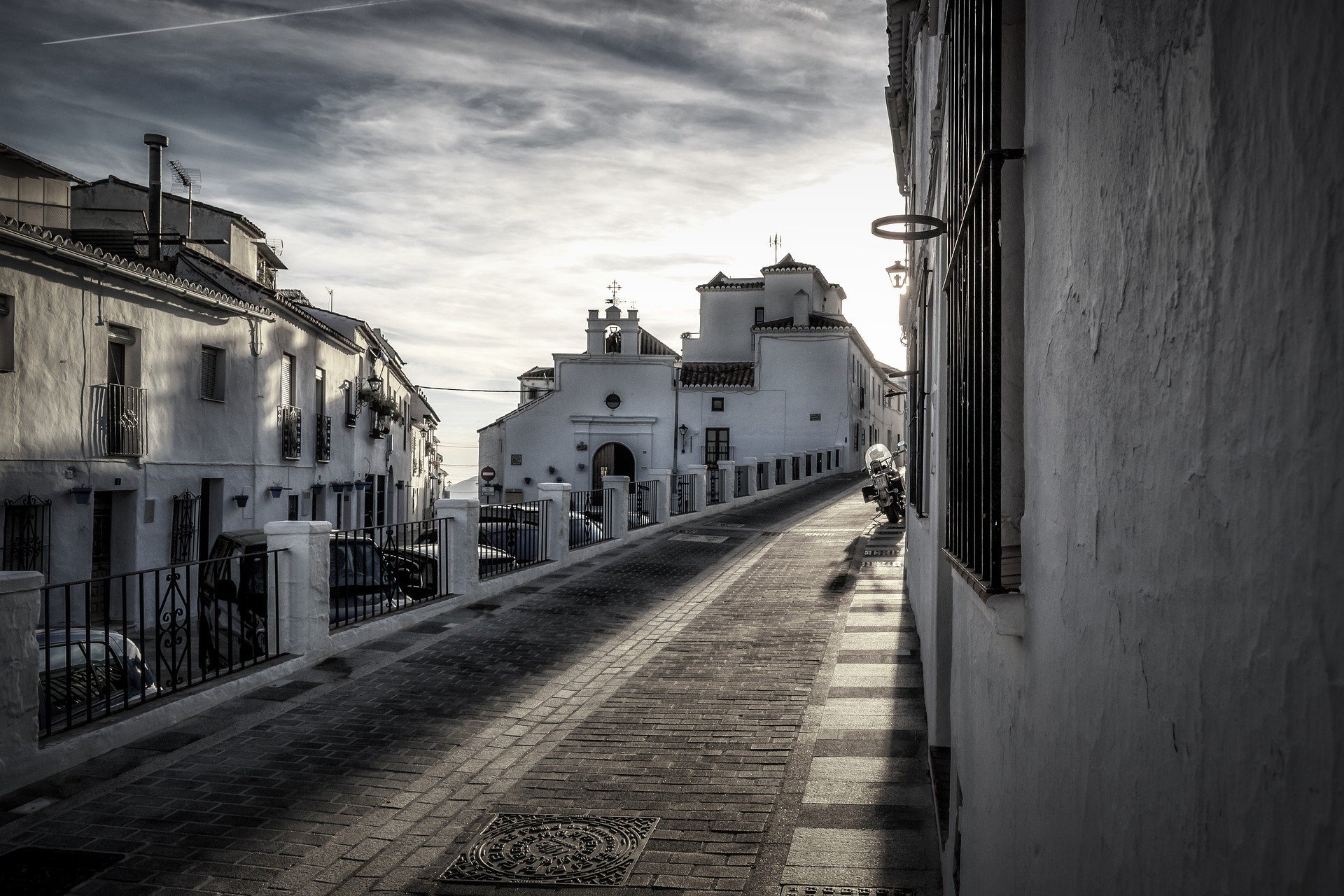 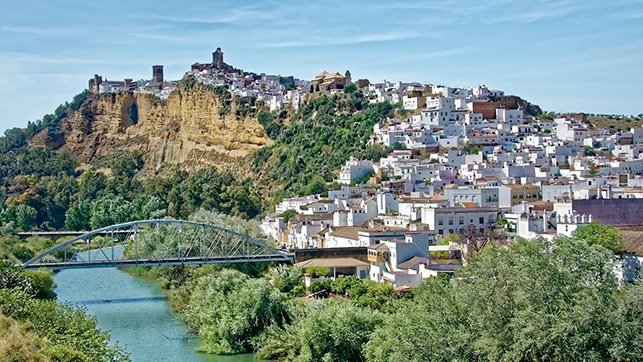 Other cities in Andalusia 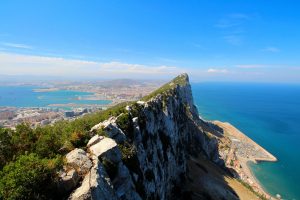