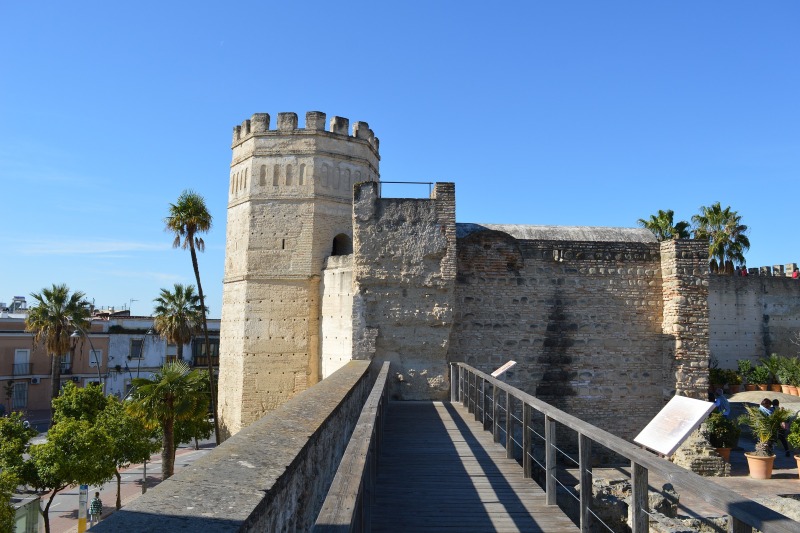 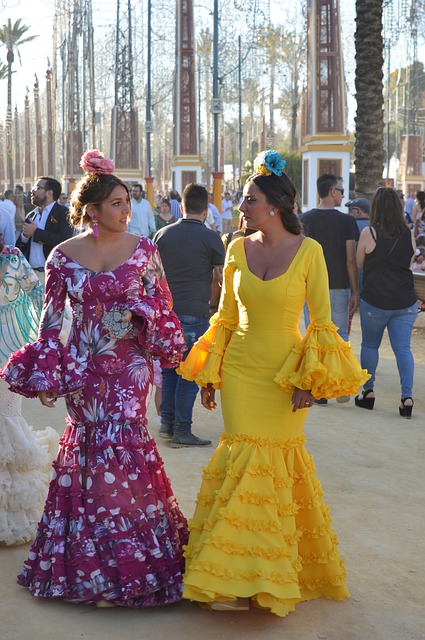 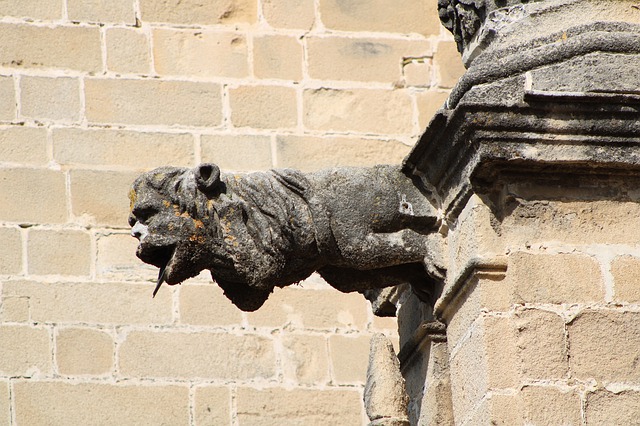 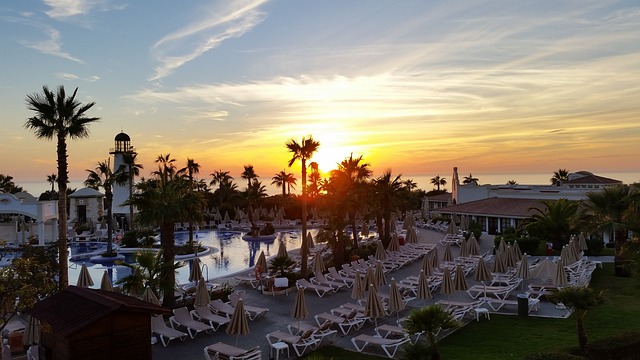 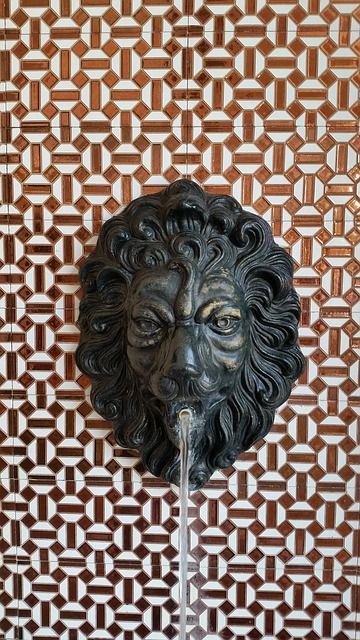 Jerez de la Frontera is the capital of sherry wines. You cannot visit Jerez de la Frontera and not join a winery tour. Gonzalez Byass (Tio Pepe)tour is probably the most famous one. The winery is impressive and they have managed to put together a very interesting tour. This is for sure a MUST DO in Jerez.

Jerez de la Frontera organizes every year in July the Jerez horse fair. Horses and flamenco play a vital role in this fair. You do not need to visit during this time to enjoy the Andalusian horses. The Royal Andalusian school of equestrian art trains horses and runs shows that are the delight of adults and children alike.

For millennia, Betic horses of southern Spain were highly regarded in the Roman circus and have enjoyed great fame. During the Middle Ages, there were so many horses that Abderramán I established a tax upon the Mozarabs of Granada that consisted of  10,000 ounces of gold, 10,000 pounds of silver, annually, and 10,000 heads of the best horses. During the Caliphate of Córdoba, the stud farm of the Umayyad court was very important, as well as the stud farm of Almanzor and its Berber horsemen.

Built above an old mosque (this can be best seen in the patio with orange trees inside the cathedral), the cathedral of Jerez is one of the most recent cathedrals in Spain. It was previously considered a collegiate church and only since 1980 it became a cathedral. A beautiful Mudejar style tower and a harmonious mix of architectural styles (baroque, neoclassical and gothic) make it a very special place, though our favorite attraction is the outstanding painting by Zurbaran in one of the chapels.

The Jerez Cathedral is actually the old Collegiate Church, that was elevated to the status of cathedral in March 3, 1980, by John Paul II. Its official name is the Church of Our Lord San Salvador, whose feast is celebrated on the 6th August, the day of the transfiguration in catholic canon. The temple was consecrated by Cardinal José María Bueno Monreal on December 10, 1978, the second centenary of the inauguration of the temple.

Though this Alcazar is not as impressive as the Alcazar in Seville or the Alcazar in Cordoba, it is yet worth visiting. The Alcazar dates back to the 11th century and the octagonal tower which is in place is from the late 12th century. There are Moorish baths inside the Alcazar. You will enjoy its Patio de Armas at the entrance, gardens that introduce us to the Moorish atmosphere, and a beautiful mosque that was converted into the chapel of Santa María la Real. Most people enjoy the most fantastic views of Jerez de la Frontera from the tower of the palace.

The Alcázar is a set of fortified buildings of Almohad origin the oldest being the Almohad, which is the oldest such fortification in the Iberian Peninsula. To this main building, palatial Baroque buildings were later added. It is located in the southwest corner of the wall that surrounded the city, next to the Alameda Vieja.

The fortress was, during the Moorish occupation of Spain, the seat of power that ruled the city. It is considered one of the few examples of Almohad architecture that still exist in the Iberian Peninsula.

There is a tour that combines the two top highlights: Alcazar and the cathedral. The tour takes two hours and it is a perfect way to get to know the history and enjoy these two fantastic monuments.

Jerez de la Frontera boasts over 20 wineries that produce sherry wine. Some of these bodegas, like the special case of Gonzalez Byass, Tio Pepe winery, offer fantastic architecture besides interesting tours to understand the history and today´s reality of sherry. Sherry is one of the finest wines in the world and despite its popularity has dropped in recent decades, it is overall unique, and difficult to produce. A drink with a very strong British influence, it has shaped the culture of Jerez as much as horses and flamenco.

Jerez or Sherry wine refers to a wide range of Spanish wines that are grown in the Andalusian cities of Jerez de la Frontera, El Puerto de Santa María and Sanlúcar de Barrameda,  although the production area of these wines also includes the municipalities of Chiclana de la Frontera, Chipiona, Puerto Real, Rota, Trebujena and Lebrija in the capital of Seville. The geographical group formed by the production area and the sherry aging area is known as Marco de Jerez. This wine specialty is a key element in the history of the municipalities that make up the Framework and in the cultural identity of its inhabitants.

The production of sherry and the works brought by the vineyards and grape harvest played an important indirect role in the development of flamenco in Jerez de la Frontera. Jerez de la Frontera had a very important gypsy population that worked in the vineyards near Jerez de la Frontera. Through the Reconquista, it was common for Gipsies to settle in the cities gained to Castilla. The development of the wine industry attracted lots of gypsies that found in the harvest and other works a way to earn their living. The Barrio the Santiago was the district where they settled. A famous character, Tio Luis el de la Juliana, is described as the first flamenco Singer. Many more followed. Today Flamenco culture is very present in Jerez de la Frontera and one of Spain´s top flamenco schools is located in the city.

Day trip to the white villages and Ronda

We love Jerez de la Frontera in late April and early May when the horse Festival takes place. This is with no doubt the best moment to enjoy the city, but it can get crowded and hotel prices are expensive.

Jerez de la Frontera can also be an excellent option if you plan to visit Seville during the city´s famous April fair or for Easter. Jerez is located at one hour drive or by train to Seville, so you could enjoy Seville´s top festivals but stay on budget. Staying in Jerez also brings the opportunity to visit some of the most famous white villages in Andalusia.

Summer is hot in Jerez de la Frontera. That is for sure. From mid June till end of August average high temperatures get close to 90F.

Winter can be a good time of the year to enjoy Jerez de la Frontera. Average high temperatures in winter range 60-65F and it rain is unlikely to happen (November, the month when it rains more often gets rain only 1 out of every 4 days in average)

Doñana National Park Andalusía, in Southern Spain, is known for many things: it’s home to amazing monuments like the Alhambra of granda and the Mezquita of Crdoba, it’s the birthplace of flamenco and bullfighting and the region is world renowned for its laid-back fun-loving spirit. But, Andalusia has other “tricks

With the fall of the Roman Empire, all of Hispania was invaded by barbarian peoples of Germanic origin, leaving Hispania under Visigothic rule from the year 507. For a brief period of time, areas of the south of the Iberian Peninsula were taken over the Byzantine Empire, as part of the province of Spania. The Visigothic Kingdom of Toledo with the military campaigns of Leovigildo and Suintila, recovered the Mediterranean coast, thus unifying the entire peninsula under the same kingdom.

During the civil war between Rodrigo and Agila II the Moorish invasion of the Iberian Peninsula would begin. General Tarik, with the help of the Visigoth supporters of Agila II, fought against Rodrigo in the vicinity of the Guadalete River, near Jerez, between July 19 and 26, 711, known as the battle of the Guadalete. The defeat of the Visigoth king marked the beginning of the Muslim invasion of the Iberian Peninsula.

During the Arab occupation (711-1264), the city of Jerez de la Frontera was known as Sherish, was considered a city of great strategic importance within the core of Sidueña. During the 12th and 13th centuries, Jerez experienced a period of great development, building its defensive system and configuring the urban layout of the current old town.

In 1231 the battle known as the Battle of Jerez took place, where King Ferdinand III of Castile sent his son the Infante Alfonso X of Castile along with Álvaro Pérez de Castro and Gil Manrique. They traveled from Salamanca in the north, passing through Toledo, and headed towards Córdoba. Once they had taken back the city they headed towards Jerez. The battle, which took place in the vicinity of the Guadalete river, resulted in a Castilian-Leonese victory. The Muslim troops fled to the city of Jerez.

With the conquest of Seville in 1248 by Ferdinand III, the Sherish area came under a Castilian protectorate, between the conquered area and the Granada border. In 1264, after the revolt of the Mudejars, a military campaign by Alfonso X el Sabio definitively incorporated the city and its kingdom to the Crown of Castile, specifically to the Kingdom of Seville.

At that time the current coat of arms of the city was established and the High Court of Appeal of Castile was found in the current Chancillería street until the conquest of Granada.

Diego Fernández de Herrera, an illustrious Jerez nobleman, defended Jerez de la Frontera from one last Arab invasions attempt. He fought in 1339 under the reign of Alfonso XI against the continuous assaults of Abú-Malik.

With the Christian presence, the Arabic place-name became Spanish, becoming Xeres or Xerez. Over time de la Frontera was added, because the city bordered on the Nasrid Kingdom of Granada.

Due to its strategic location close to the ports of Cadiz and Seville, Jerez de la Frontera became one of the richest cities in Spain. The wine-making industry contributed to this and the population from all over Europe arrived in Jerez de la Frontera (English, Flemish, Portuguese and Genoese). Wine production and its commerce played a key role in the development of Jerez de la Frontera during the XVIIIth and XIXth centuries.

Video of Jerez de la Frontera - The city in a nutshell