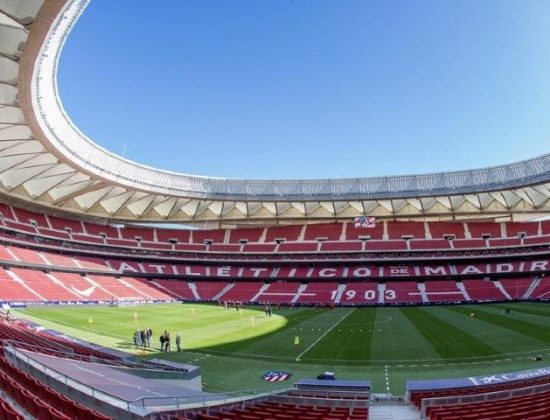 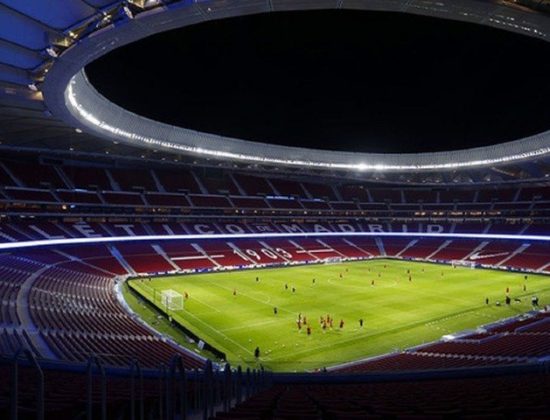 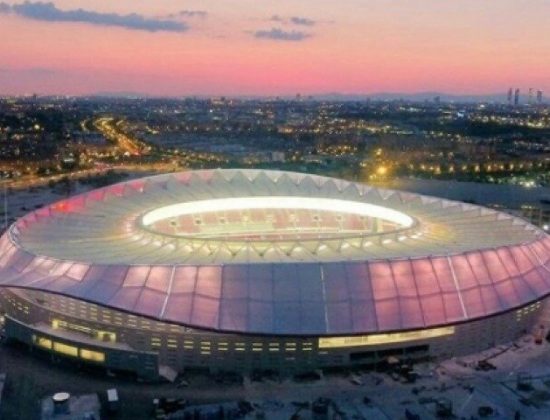 The Wanda Metropolitano is a spectacular stadiumd, home to one of Europe’s top teams and the second best team in Madrid: Atlético de Madrid. Of course, Real Madrid and Atlético have an intense, cross-city rivalry and is considered to be Madrid “blue colar” team and that plays at the Bernabeu Stadium.

Atlético just recently moved to this ultra-modern stadium from the mythic Vicente Calderon stadium that was located in the center of town. The Wanda Metropolitano stadium is located slightly outside the city center where it enjoy easier access and parking and can offer a wider variety of events and spectacles.

The Vicente Calderón had been the teams stadium since 1966 Atlético de Madrid made the move in 2017 and hasn’t looked back.

The Wanda Metropolitano offers visits to to the stadium and the teams museum, you can even walk out onto the pitch and see the stadium as the players do.

If you are in Madrid during a Atletico del Madrid match and you are a football fan you may want to consider buying tickets. The Atletico fans are well-known for the songs and enjoyable attitude (despite some fans believe part of it is gone after the team moved from the Vicente calderon coluseum). In any case, an Atletico de Madrid match is one of the top fun things to do in Madrid.

Which side of stadium do Atlético de Madrid supporters sit in?

Atlético de Madrid supporters or “Colchoneros” sit in the southern stands of the stadium. they can get pretty rowdy so proceed with caution.

What is the name of Atlético Madrid stadium?

The original stadium that was built was named “La Peineta” and was inaugurated in 1993. Since then the stadium underwent extensive renovations. When Atlético finally decided to move from the Vicente Calderon to La Peineta, the stadium was re-named the “Wanda Metropolitano” after the naming rights of the stadium where sold to a Chinese multinational company.

Some people get confuse between the Atletico (the Club in Madrid) and the athletic de Bilbao, one of Spain´s top teams and that plays at the San Mamés Stadium in Bilbao.

How many people does the Wanda Metropolitando seat?

The Wanda Metropolitano Stadium seats 68,456 making it the third largest stadium in Spain.

Where is Atlético Madrid stadium?

The stadium is located slightly outside the city center of Madrid, in the Canillejas district.

How to get to Atlético Madrid stadium?

The easiest and most comfortable way to get there is by car. There is ample parking and it will take just 20 minutes from the center of town. You can also get there on public transportation if you were so inclined.  The stadium is located near 2 of the best parks in Madrid: El capricho park and the Juan Carlos I park.

Football or soccer is part of Madrid´s essence. The city´s heart is split between Real Madrid and Atletico
Madrid soccerr Stadium

FC Barcelona is meant to be more than just a soccer club. Discover its stadium during your stay
Barcelona soccer stadium 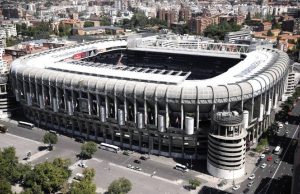 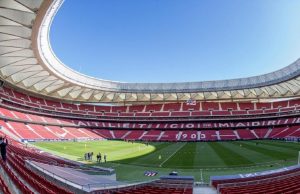 Q What to do are near Wanda Metropolitano

Q What hotels are near Wnada Metropolitano