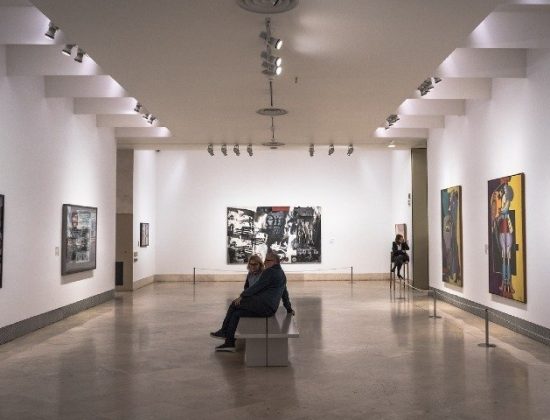 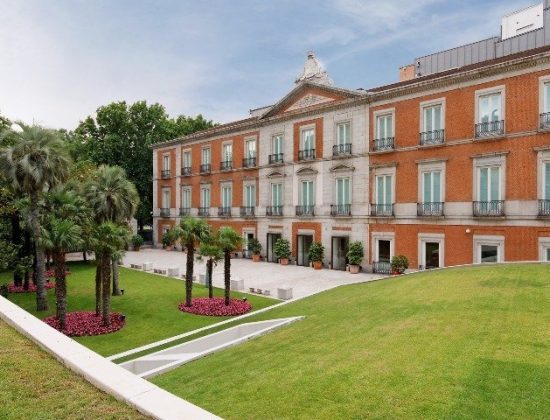 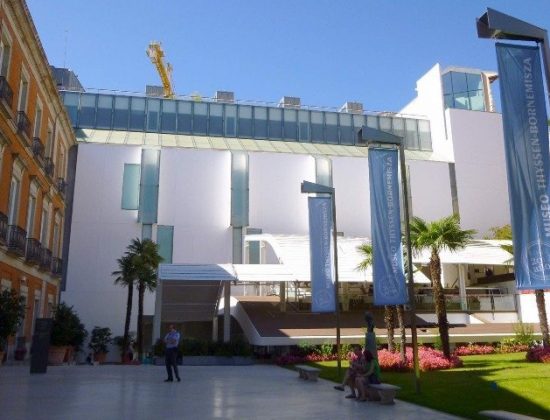 Located at the heart of the Paseo del Prado, almost in front of the Neptune Fountain, the Thyssen-Bornemisza museum shares the limelight with two of the other art museums in Madrid: the Prado Museum and the Reina Sofía museum.
Since these three museums are located very close to each other, this area of Madrid has become popularly known as the Triangle of Art.

The Thyssen-Bornemisza Museum in Madrid gives its visitors a fantastic stroll through the history of art. With works from the XIII century until the end of the XXth century, the visitor will be able to contemplate the main pieces from the periods and schools such as the Renaissance, Mannerism, Baroque, Roccoco, Romanticism, art of the XIX and XX century and Pop Art. A great thing about the Thyssen Museum is that it completes the collections at El Prado or the Reina Sofia since it provides masterpieces from art movements that are not shown in these other museums such as Impressionism, Fauvism, German Expressionism, and the vanguards of the beginning of the XX century. You can also see the large North American painting collection of the XX century, one which is unique in Europe.

History of the Thyssen Museum in Madrid

The Baron married Carmen Cervera, and his interests became closer to Spain. This led to conversations with the Spanish authorities aimed at the creation of an important art museum. The acquisition of the neoclassical Palace of Villahermosa followed. Renovations started and the Thyssen Bornemizsa museum was inaugurated in 1992 (the same year Spain held the 1992 Olympic Games in Barcelona)

Educated in the Central European artistic tradition, both paid special attention to the genre of portraiture and landscape. This is evident in the paintings of the Thyssen-Bornemisza Museum  in Madrid which are different from the current religious and historical paintings in other Spanish museums. Since 2004, the Carmen Thyssen-Bornemisza Collection completes the museum´s collection. It has over two hundred paintings, thus completing the styles and genres already present in the Permanent Collection.

In addition to preserving the collection of the Barons, the museum designed an area for education purposes, to learn the values of art in an entertaining way called “Educate Thyssen”, a cafe with a modern design and an art shop where you can find a great variety of collectibles motif inspired by the works of the collections. Notably, the museum not only preserves the artwork but also believes in spreading the culture not only in Spain but around the world.

The permanent collection at the Thyssen Boernemizsa is displayed chronologically. It consists of 48 rooms distributed over three floors. It makes all sense to follow the recommended route by the museum. This will allow you to follow the historical evolution of painting through the centuries. The collection spans from the late 13th century to the 1980s.

We recommend you start on the second floor. This part of the museum is dedicated to ancient painting and first illustrates the works of Italian primitives. As you progress through the rooms, the Venetian painting of the 18th century follows. The recommended itinerary includes two monographic rooms, portraits from the Renaissance, and cities from the 18th century. On this first area, you will enjoy paintings from El Greco, Tiziano or Tintoretto.

On the first floor, the visitor will find masterpieces from the Dutch school. The hitherto common themes give way to everyday life and new interests. From room 29 we start to find Modern Painting. There are two initial galleries dedicated to 19th century North American painting.
It is at this point that the Thyssen proposes us a wonderful journey through Impressionism, post-Impressionism, and German Expressionism. This is for most visitors the main attraction of the museum: the variety and quality of the masterpieces shown is astonishing. Get ready to enjoy some of the best works from Monet, Renoir, Van Gogh, Gauguin or Toulouse Lautrec.

On the ground floor the collection moves onto the 20th century, with outstanding works of cubism, abstraction, surrealism, pop art or post-war European figuration. You will enjoy fantastic works from Picasso, Dali, Wassily Kandinsky or Roy Lichtenstein amongst many others.

Other top art galleries in Spain

One of the key things that bring tourists to Madrid is art. The three top art museums in the city (Prado, Reina Sofia and Thyssen) are not the only ones! There are many more smaller art museums worth visiting in Madrid. But Madrid is only the top of the iceberg! The country is full of fascinating museums, many of which are not on most guides. We recommend you have a look at our Spain´s top museums guide. We incldue 4 below, but there are many more, and not only located at Spain´s top cities. 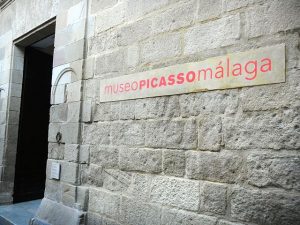 Picasso Museum Málaga The Picasso Museum of Málaga is one of two Museums dedicated to Pablo Picasso in Spain. The other is located in the Catalonian city of Barcelona, in the famous Born neighborhood. Pablo Picasso was born in the Andalusian city of Málaga on October 25th, 1881, just a few meters from where his museum now stands. The museum is home to over 280 original pieces by Picasso that cover the different artistic periods 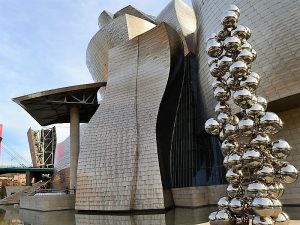 The Guggenheim Museum of Bilbao  The Guggenheim Museum of Bilbao is the city’s most emblematic monument. A visit to Bilbao wouldn’t be complete without at least strolling by and admiring it from the outside. This spectacular shimmering building on the bank of the Nervión river is itself a piece of art. Designed by Canadian-American architect Frank Gehry, the museum is considered one of the premier examples of contemporary architecture, and has been hailed as a “signal moment

The Picasso museum in Barcelona is an indispensable art museum in Barcelona. The street where the Picasso museum is located is also very famous because of the large medieval palaces which were built here between the 13th and 15th Centuries in Barcelona and remodeled in the 18th Century. The street is in itself a tourist attraction and the museum, located inside 5 gothic palaces, boasts an impressive collection from Pablo Picasso within a fantastic piece 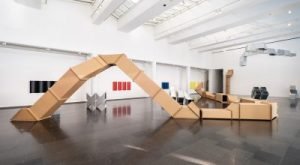 MACBA (Museo de Arte Contemporáneo Barcelona) – Review The Barcelona Museum of Contemporary Art is located in El Raval neighborhood. Apart from its incredible exhibition, focused on the second half of 20th Century painting, the white building where the museum is placed is absolutely huge and extraordinary. It was designed by Richard Meier, an American abstract architect who has won different architecture awards. The Museu d’Art Contemporani de Barcelona contains works by Catalan, Spanish and

Q Which restaurants are near Museo Thyssen Bornemisza

Q What to do near Museo Thyssen Bornemisza

Q What hotels are near Museo Thyssen Bornemisza