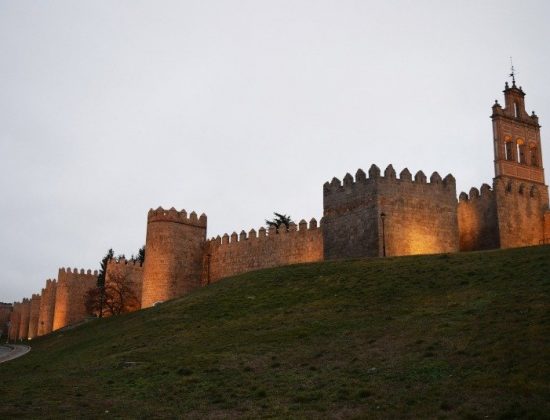 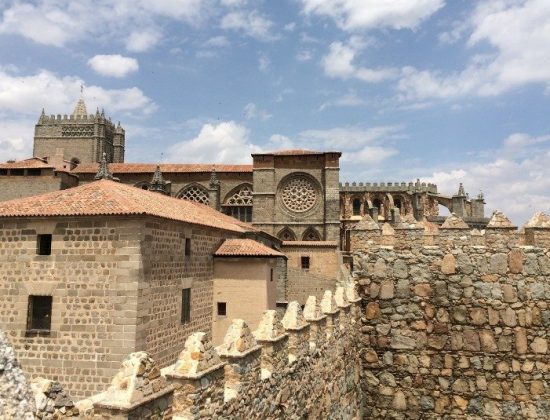 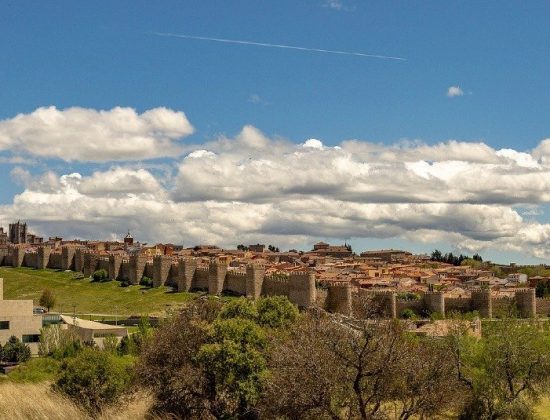 Ávila is the very picture of a medieval town, completely surrounded by walls. The walls of Avila are considered the oldest and best- preserved walls in Spain. They are impressive for their sheer monumentality and walk next to them or over them is a fantastic, not to be missed, experience. The Walls of Avila are without a doubt one of Spain´s top tourist attractions.

How big are the walls of Avila?

The total of the walls of Avila is about 2.5 km., the average height around 40 ft. and the thickness about 10 ft. The walls, built so as to form a trapezium, are defended by 88 towers and

Nine gates defend access to the city, all are worth seeing and some are of especial beauty, such as San Vicente and Puerto del Alcázar, which are in the E. and oldest section of the wall. The most striking part is the superb ‘Cimorro’. This is both the cathedral’s apse and also a bastion in the city’s ring of fortifications. It is a solid part of the defensive system, which is itself one of the major works of Spanish fortification.

Where is Avila located?

The city of Avila (capital of te province with same name)  is located in the centre of Spain, 108 kilometres west of Madrid (less than an hour and a half drive) and 65 kilometers south-west of Segovia (50 minutes drive). Avila is one of the top excursions from Madrid.

How to get to Avila from Madrid?

What were the walls of Avila protecting?

wall, while on the West side stands the Puerta del Puente or Puerta de San Segundo, which is flanked by two towers. Count Raymond of Burgundy (husband of Doña Urraca) had the town walls built at the suggestion of his father-in-law, King Alfonso VI.

How long did it take to build the walls of Avila?

The walls of Avila took nine years to construct, from 1090-99. Direction of the work was given to Casandro, a master of geometry, and Florian de Ponthieu, a Frenchman. Did it really take 9 years to build the walls of Avila? Well, there is much debate about this and most probably the walls were not built from scratch, and they did not reach their current size at the time they were built (that would have implied the walls would have been much bigger than the walls of León, which was the capital of Spain at that time)

Materials from earlier buildings, including Roman freestones, and the remains of tombs and former fortifications were used in the construction.

Mudéjar features, especially in places in the North part of the wall suggest that captive Moors may have been involved in the work.