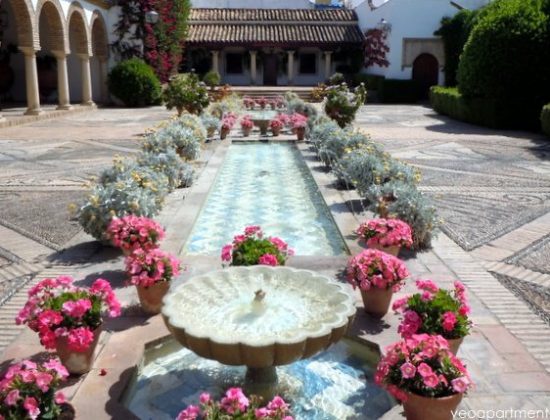 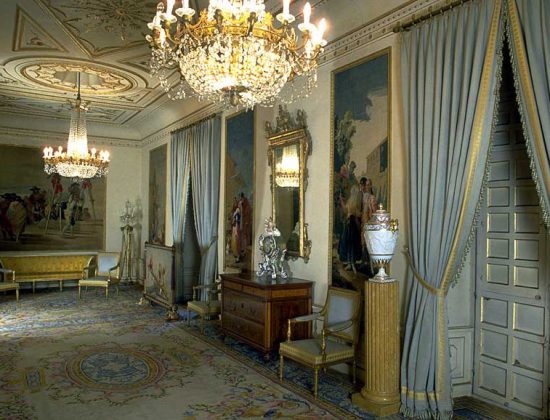 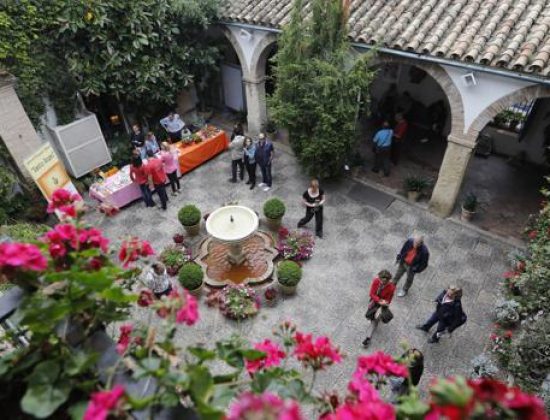 The most beautiful residential palace in Cordoba. Amazing courtyards

A lovely palace with five centuries of history behind it. Fourteen absolutely beautiful courtyards and gardens. The palace stands on the site of a former building that belonged to the caliphate. Today, its rooms house various collections: leather, silver works, porcelain, weapons, a library, and an excellent painting collection (with exciting pieces from Julio Romero).

Other top sights in Cordoba

Palacio de Viana: What To Expect?

The courtyards are an example of architecture put at the service of greenery: a homage to plants, flowers, light, and water in fountains. These courtyards are amongst the best Patios of Cordoba in the entire city, and one of our top picks to enjoy this popular sort of art that transforms the patios into marvelous architecture where flowers and walls simply shape beauty.

The visitor will enjoy a different style of patios or courtyards and perceive their evolution through time. There is a courtyard for every taste, an excellent occasion to identify which is your favorite style: chapel style, patios with wells, a pool in the middle, orange trees…

The Viana Palace was once known as the Palacio de las Rejas de Don Gome, because of the estate’s first owners. There is evidence that the palace has stood in the same place since the 15th century, belonging to Gómez Suárez de Figusince then the building has expanded and transformed until the middle of the 20th century.

The facade is thought to have been drawn by Juan de Ochoa, during the 16th century. It has been restored and expanded upon over the years. Archeological findings suggest that the Palace was built upon an ancient Roman building.

The palace went on to belong to the Marquis of Viana in the mid 19th century by marriage and was substantially restored at the beginning of the 20th century. Its art collection was also upgraded by the second Marquis José de Saavedra y Salamanca, an important figure in the court of  Alfonso XIII. This monarch visited the palace on several occasions because of his friendship with the aristocrat.

In 1955, the III Marquis of Viana sold his estate in Madrid to the government to be used as the headquarters of the Ministry of Foreign Affairs, so all his belongings, artworks, etc. were taken to Córdoba. The only two times that the dictator Francisco Franco spent the night in Córdoba, he did so in this at the Palacio de Viana.

Where is the Palacio de Viana

The palace is located slightly north of the Grad Mosque and the majestic Alcazar, near the Roman mausoleum.