Rioja, one of Spain´s smallest Comunidad Autonoma, is however one of the best-known regions in the country thanks to its red wines. The administrative region (Comunidad Autonoma) does not however coincide with the wine region, which extends into two other Comunidades besides La Rioja: Navarra and Basque Country. If you plan to visit La Rioja we believe it makes all sense to avoid thinking of Spain´s administrative regions, and simply to enjoy wine country!

Think of medieval villages at the top of the hills and vineyards that extend in undulating and endless lanes and you start to get a feeling of what awaits you in this Northern part of Spain. Rioja is flanked by mountains both on the North (Sierra de Cantabria) and the South (Sierra de la Demanda). La Sierra de Cantabria on the North is for most experts the main reason why wine is so successfully produced in this land. The humid and cold winds from the Atlantic ocean get stopped by these mighty mountains.

Logroño is the capital of La Rioja. A midsized city bathed by the Ebro river, Logroño is an important stop in El Camino de Santiago. The old part of Logroño offers a labyrinth of streets and alleys, some beautiful squares, and a good mix of Romanesque and Gothic architecture. But its main attraction for most visitors is the gastronomic experience offered by Calle Laurel and other nearby streets. Wine and food are served in dozens of small bars that are designed to avoid you stay there for long! The whole idea of this district of Logoño is to enjoy bar hopping. Bars specialize in different tapas or pintxos and Riojan wine is served in all of them.

This small medieval walled village where cars are not allowed is located less than 20 minutes west of Logroño. Laguardia is located in the Basque country (Rioja Alavesa)  Laguardia is a must for any traveler who enjoys beauty, culture, gastronomy, and history. An important stronghold for centuries, the village boasts fantastic small pebbled streets, a beautiful main square, and many mansions. Laguardia has a large network of tunnels since most houses had their own cellars. Today some of these cellars can be visited and in them, you will learn about how local wines were produced for centuries. Learn more about this beautiful hidden gem in Spain in our Laguardia travel guide.

Few towns in the world are so associated with wine production as Haro. The city was one of Spain´s first places to enjoy street lights and a branch of the Bank of Spain was established here. When the phylloxera bug attacked the vineyards of France Rioja thrived. Haro was the best example of this economic boom. A train station in Haro was created to be able to transport wine from Rioja to the port of Bilbao in the North. El Barrio de la Estacion is full of wineries that settled as close as possible to the train station to improve their logistics. But Haro is more than the history of wine in Rioja. It boasts a fantastic square, and beautiful churches and houses.

San Millán de la Cogolla is a small village where you will discover the monasteries where the Spanish language was born. If you enjoy Unesco heritage sites, the village of San Millán de la Cogolla is certainly for you. These monasteries are the only UNESCO sites in Rioja. Located near La Sierra de la Demanda and some 40 minutes South of Logroño, San Millan de la Cogolla offers a fantastic mountain landscapes and two of Spain´s most famous monasteries: Yuso and Suso. Suso is the old monastery that was created by the monastic community of disciples of the hermit San Millan (Saint Emilian). Suso is a small monastery with fantastic Romanesque architecture. Spanish language was first written here, though to enjoy its first examples you will need to visit the monastery of Yuso, located on the lower part of the valley. Yuso is a large monastery that boasts fantastic late Gothic, Renaissance, and Baroque styles. The remains of Saint Emilian are also to be found here. San Millan is a place few foreign tourists enjoy. This is however one of Spain´s best-hidden gems!

This small town is the most important stop in El Camino de Santiago in Rioja. Saint Domingo founded this town and boasts a fantastic cathedral and a great atmosphere connected to El Camino. Santo Domingo is very popular amongst pilgrims as a place where great savory and affordable food can be enjoyed

Main things to enjoy in Rioja 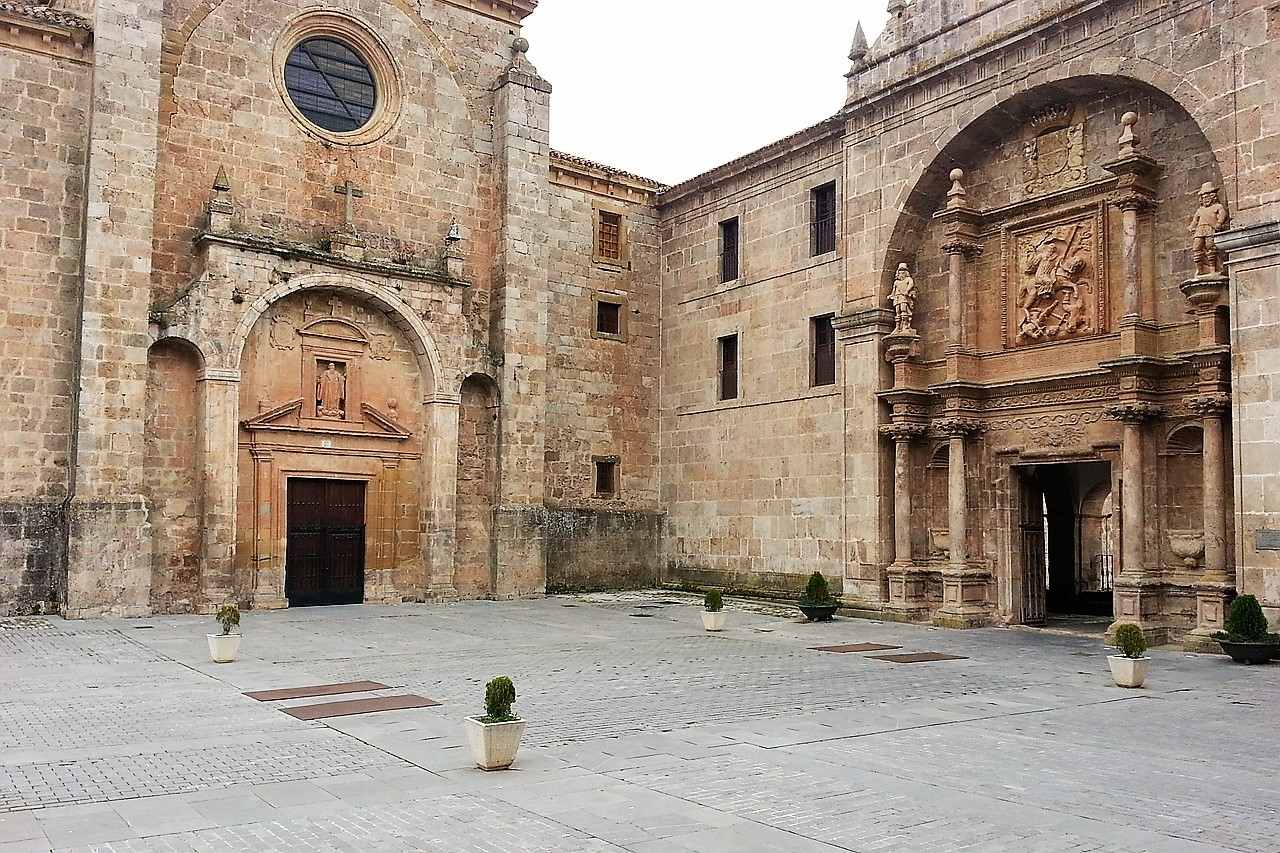 San Millan de la Cogolla in La Rioja is located 45 kilometers south of Logroño. San Millan is one of the top attractions in La Rioja and one of the most fascinating monasteries in Spain. It is a perfect day trip from Logroño and a great way to combine culture with wine tasting during your stay in Rioja. San Millán is not far from the Camino de Santiago route from Logroño to Santo Domingo de la Calzada. 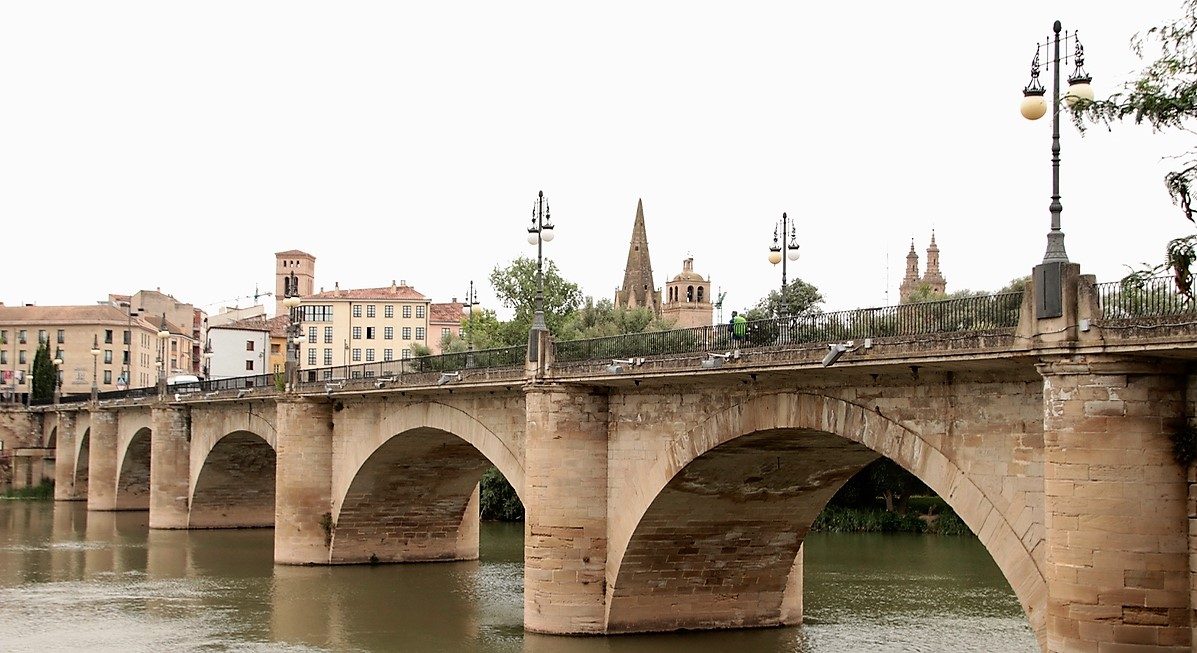 Our Logroño city guide features the top attractions in the capital of Rioja in Northern Spain, to esnure you make the most of your stay in Logroño: tapas and top wines, ideas to enjoy culture and a stop in El Camino de Santiago 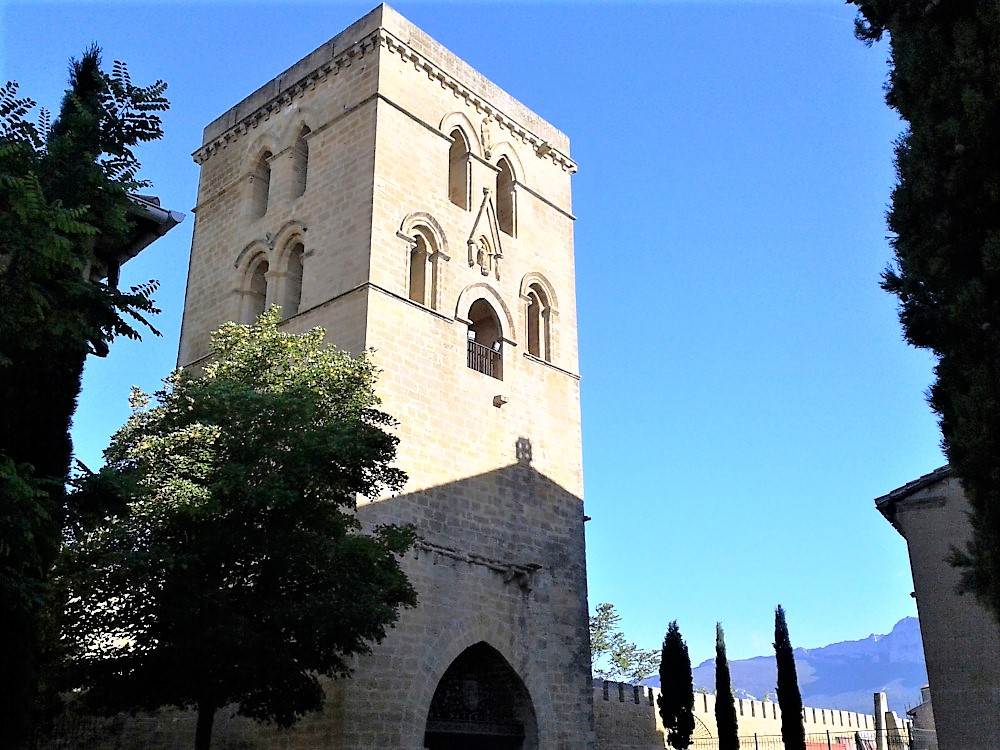 This small Spanish village was founded in 908 by Sancho Abarca of Navarre to defend the frontier, when it was known as La Guarda. It was originally laid out in the shape of
a ship, with the bow facing North. and the stern South. In 1164 it achieved town status under Sancho el Sabio. In 1194 its fortifications were extended by King Sancho el Fuerte. Cars are not permitted inside the walled city!