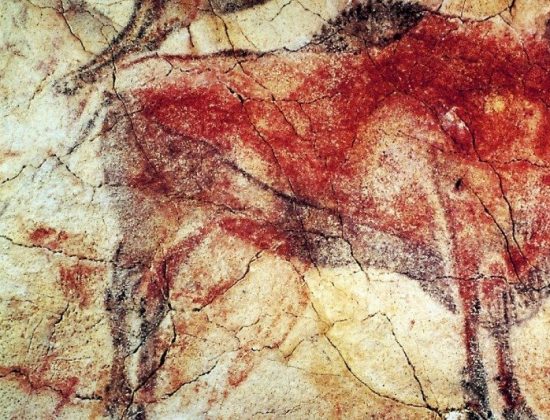 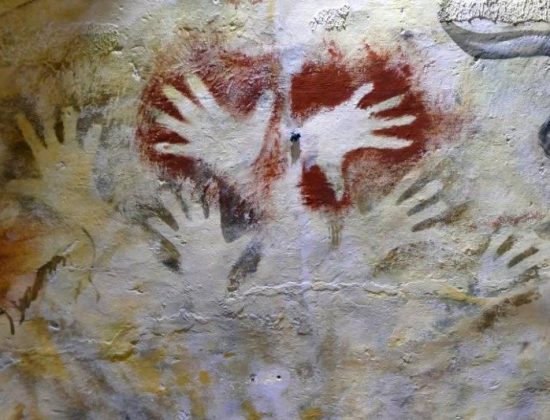 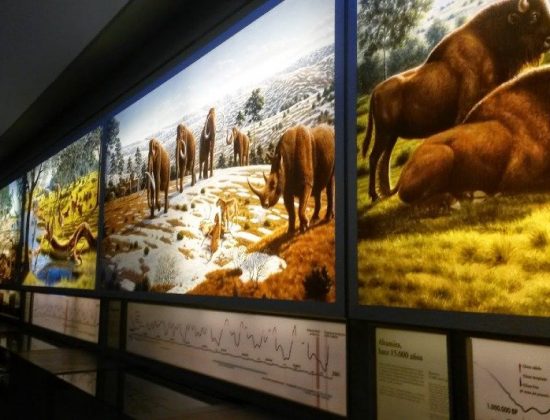 The Altamira caves are located in Santillana del Mar, a small town in Cantabria. These caves are one of Spain´s most important tourist attractions and receive every year over 250,000 visitors.  They are a Unesco heritage site.

Santillana del Mar is known for 3 things. The first one are the caves of Altamira, the second thing is its beauty and the third one is kind of a joke since its name, it is widely said, contains 3 lies: It is not saint (Santi), it is not flat (llana) and it is not next to the sea (Mar).

When were the Altamira caves discovered?

Altamira was discovered by pure chance in 1879 and they are amongst the best prehistoric paintings in the world. Altamira has been many times compared to Lascaux in France. The art found is similar, and both caves were discovered by chance by children. Altamira was discovered 60 years before the Lascaux caves and at the time it was not such a huge discovery and it did not change inmediatly the perception of stone-age live.

The Altamira caves were inhabited some 22,000 years ago and were abandoned and probably around 13,000 years ago the entrance got closed, which contributed to high humidity and stable temperatures.

What can be found in Altamira?

The original cave is 270 meters long. To preserve this cave a replica was built. This is the actual cave which can today be visited (though everyday there are 5 lucky visitors who are selected randomly and who have the opportunity to visit the original cave). The caves are divided in several rooms and the paintings are found not in the most external areas where living happened, but in more internal rooms where rites were meant to happen.

The paintings include animals (deers, horses, bisons, goats), hands and other geometrical shapes. Up to 25 bisons can be found at the Great room, the most famous room in the Altamira caves.

Plan your visit to Altamira cave

You will be able to visit the museum and the neo-cave, which is a fantastic replica of the original cave. Only 5 lucky people are allowed to the original cave everyday (though this changes and sometimes this only happens one day of the week) , and they are selected randomly each day.

So if you go to Altamira you need to understand you will visit the replica of the cave. There is nothing bad with this, the replica is excellent and super interesting (this is the same system used also in Lascaux in France to ensure the original caves are preserved)

In the neo-cave you will find a replica of the archeological camp so you get to understand how work happened. You will also learn about the live in the caves and, of course, be able to enjoy the fantastic paintings which had been 3-d modern techniques to replicate the original cave.

The tour that you can find below offers a very good way to enjoy both Altamira and Santillana del Mar in a day.

How where the Altamira caves discovered?

A local hunter found the cave in 1868. It took almost 10 years for the owner of the cave, Don Marcelino Sanz de Sautuola to find some black signs in the cave. He did not however considered them important. In 1878 Sautoula travelled to the Universal exhibition in Paris (an exhibition famous for the display of the telephone, dynamos, or the complete head of the Statue of Liberty!) It was at this ehbition that Sanz de Sautoula saw pieces of carved bone. He thought he could find something similar in his cave and brought archaeologist Juan Vilanova y Piera from Madrid to help him to excavate the deposits.

But it was Sanz de Sautoula 8 year old daughter, María, who found the fisrt bison on the ceiling of one of the caves whilst his father looked for bones in the deposits. María got scared, she thought the painting was an actual bull and she cried. Don Marcelino linked the painting of the bison with the carvings of bison exhibited in Paris and he concluded that the paintings had been made by the same people responsible for the bone and stone artifacts. The archaeologists of that time thought that ideas was simply ridiculous and Don Marcelino died broke and without this discovery being granted the importance it deserved. It was only in 1902 when the prehistorians came to accept as true what Don Marcelino had suggested 2 decades earlier.

Who did the Altamira paintings?

The cave includes paintings from different moments in time. The bisons in the Great room were painted on top of red horses made some 4,000 years before!

The bisons in the Great Room are believed to have been painted by the same artist. The style is not only the same, but also the action seems to take place in the same area or battle. The artist is thought to be a man due to the size of the movement needed to execute the paintings, to large for women of that time.

How were the paintings in Altamira made?

Two colors were used. Black from coal extracted from pines and red from red iron stones. They painted with pieces of stone and with their hands. It seems that the animals paintings were first engraved on the stone, then charcoal was used to fill in the engraving and then the surface was covered with the red paint.