The best zoos and amusement parks in Spain

Zoos and amusement parks in Spain

In this article, we break down the best zoos and amusement parks in Spain. Whether you are traveling with your family and you want to plan the perfect, action-packed vacation or you just have an extra day and want to get your blood pumping, you in the right place. Our expert guides have compiled the ultimate list of the best amusement parks and zoos you will find in all of Spain.

Spain attracts millions of visitors each year. As one of the top tourist destinations in Europe, it is logical to assume that there would be some top-notch amusement parks to be enjoyed, and there certainly are. There is a large number of amusement parks to choose from, but unless you are a local, you might need a little guidance to choose the perfect park for you, because some of the best are not where you might think. 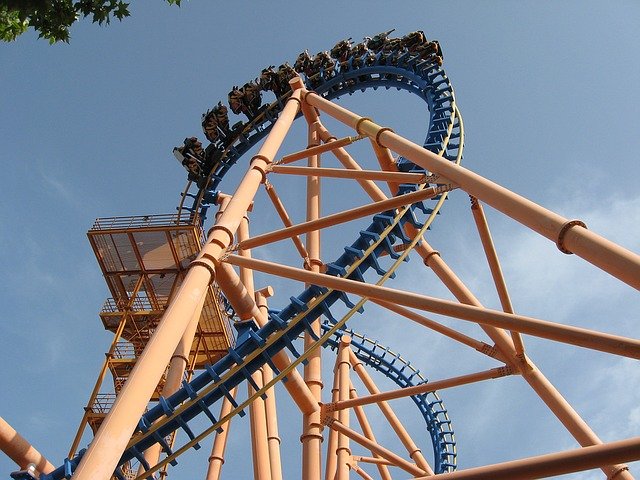 This one is pretty obvious. Warner Bros. Park is enormous and offers some of the most exhilarating rides in the country. The park is located just outside the city limits of Madrid in San Martín de la Vega, which might seem like a hassle, but it will take you just 30 minutes to get there by car from the center of the city or you can always choose to take public transportation. The 412 and 413 bus will get you there in no time or you can take the park’s shuttle from Mendez Álvaro station (fare includes the entrance fee) that will drop you off right at the front gates.

The parks span over 150 hectares with five thematic areas: Hollywood Boulevard, Movie World Studios, Old West Territory, Cartoon Village, and Super Heroes World. Two of the parks main attractions are located in this last area “Superman: la Atracción de Acero”, a kilometer-long rollercoaster that reaches over 100 km an hour, and “Batman” which features almost too many twists and turns to handle: 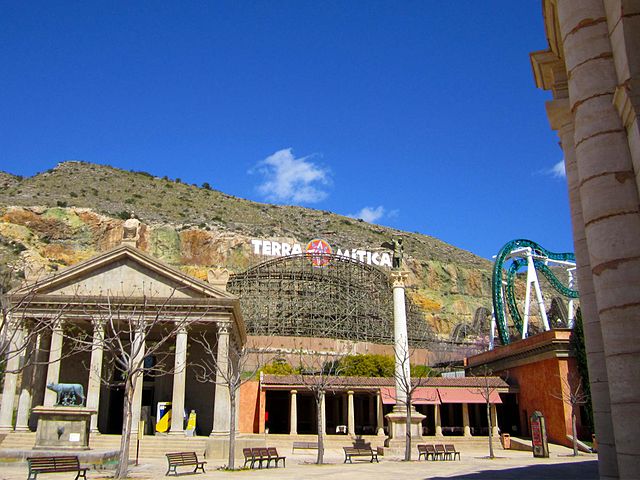 Benidorm is a well-known summer destination for local and international vacationers alike, but you might not have guessed it was home to one of the best amusement parks in the country.  And the fact is that there are few activities that screams “summer” more than going to an amusement park. So make sure to set aside a day to indulge in some roller coasters if you are visiting Benidorm.

Terra Mitica is not only one of the most famous theme parks in the country it is also one of the biggest. The park is divided into three areas that are inspired by ancient civilizations: Rome, Egypt, and Greece.  There are plenty of scary and thrilling rides, performances, shows, etc. there is even a section for smaller children, so everyone can enjoy their day at the amusement park. 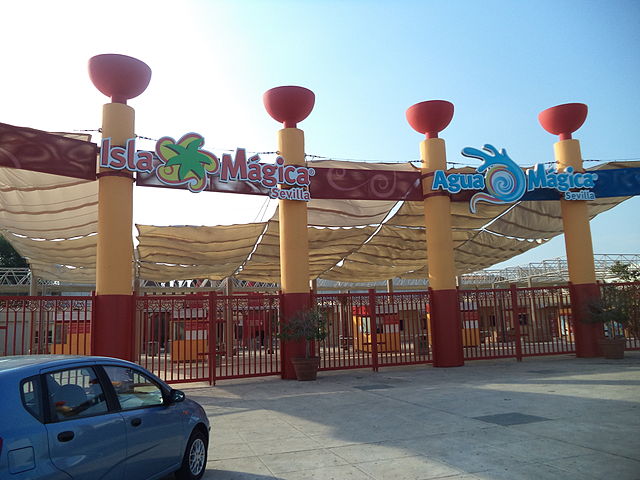 Isla Mágica means Magic Island in Spanish, which is an apt name for this excellent amusement park, just outside of Seville.

Isla Mágica is a pirate-themed amusement park with six distinct areas: “Gate to the Indias”, “Gate to the América”, “Amazonia”, “Pirates Hide-out” and “El Dorado”. One of the highlights of the park is the “Jaguar” roller coaster that is over 700 meters of pure excitement. The coaster inverts several times, dangling riders upside down and testing even the most hardened riders. 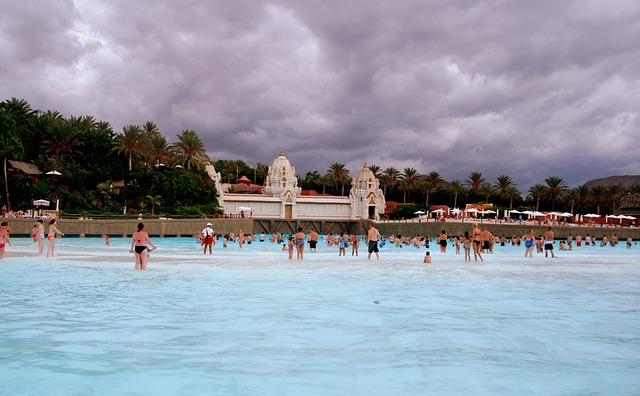 The park spans over 182 thousand square meters which makes it the largest water park in all of Europe. It features a 28 meter, almost vertical slide called the  “Tower of Power” and a wave pool that produces the largest artificial wave in the world measuring over 4 meters tall. 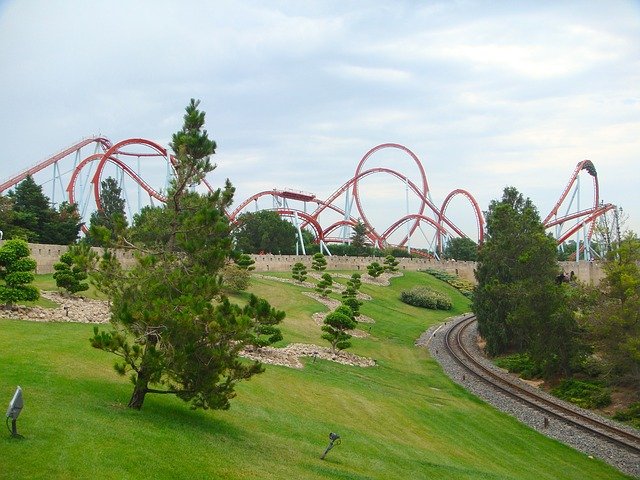 Spain is also home to some of the world’s most impressive Zoos and Aquariums. The Madrid Zoo is one of the few that features a Giant Panda enclosure, and in fact, is crucial to the conservation of this species. The amazing city of Valencia is home to L’Oceanográfic which is one of the most innovative and visually stunning aquariums in the world. Check out the list of the bets of the best: 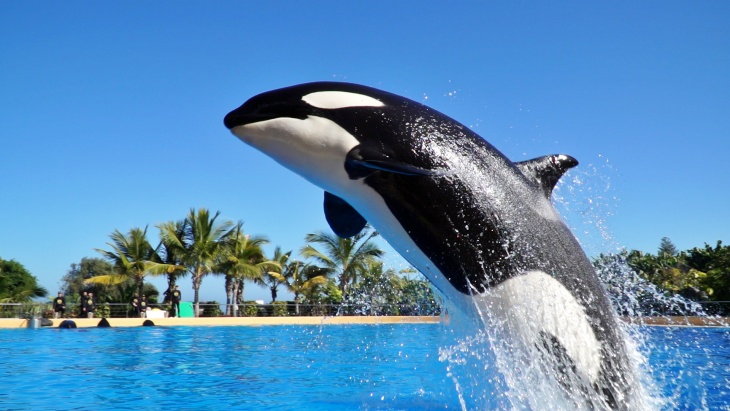 Loro Park Tenerife Loro park or the parrot park in English is a private zoo on the island of Tenerife in the Canary Islands (off the coast of Morocco). It features an extensive collection of animals and tropical plants. Loro park is one of the top things to enjoy with children in Spain. The Loro park was created in 1970 by two German immigrants, Wolfgang Kiessling y and his father. The zoo opened to the public on December 17th, 1972. The original park spanned over 13.000 m² and looked to mimic the animal’s natural habitats. The park was home 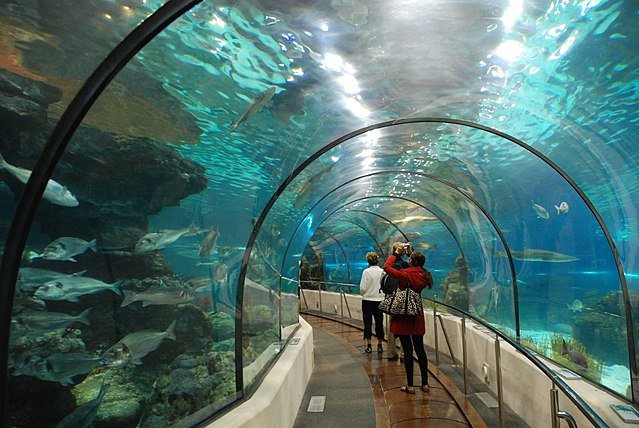 Overview  The Barcelona Aquarium, or as it is known in Catalonian, L’Aquàrium de Barcelona, is located on the cities old commercial port. It is the Barcelona’s only Aquarium and one of the most impressive in all of Spain and a top family attraction. It is also the top aquarium in the world when it comes to the conservation of the Mediterranean Sea. In 2015 alone the Aquarium was visited by over 1.5 million people! Making it the 4th most visited attraction in Barcelona behind the Sagrada Familia, El Park Güel, and the FC Barcelona Museum. Table of Contents About 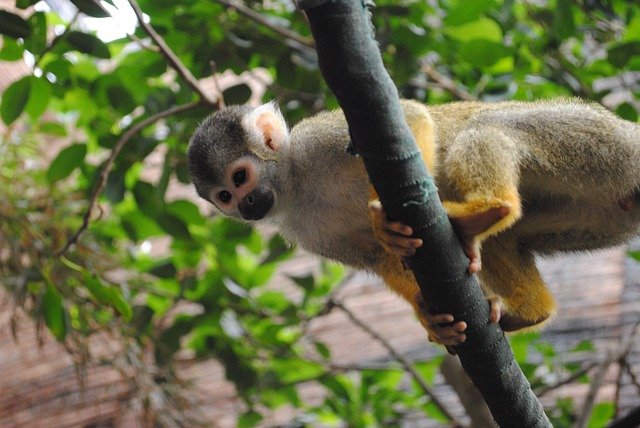 Faunia Madrid is the cities second zoo. The park opened its doors back in 2001. Back then it was known as the Parque biológico de Madrid, but it was renamed Faunia by philologist and writer, Fernando Beltrán. Faunia describes itself as a theme and nature park. Faunia looks to provide a more immersive experience to its guests, putting them right in the animal’s natural habitat. The park doesn’t feature as many animals as the Madrid Zoo, but offers a complete sensory experience that is hard to beat as one of Madrid best attractions for children and families.  Table of 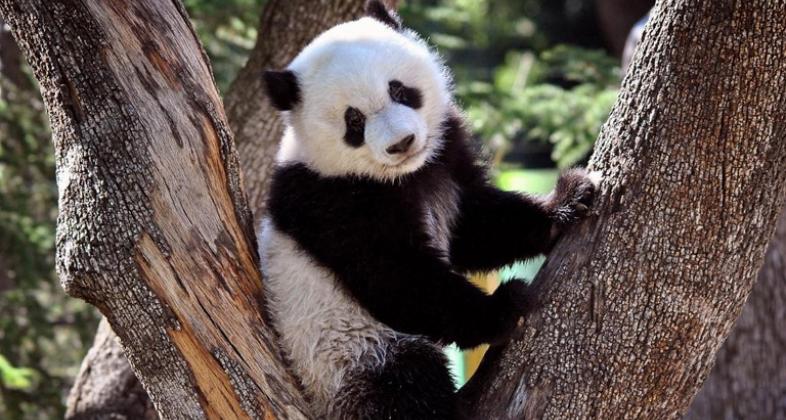 Overview The city of Madrid has had a long relationship and interest in exotic animals. The first Madrid zoo that was ever opened in Madrid did so in 1770, under King Charles III. It was known as the Casa de Fieras and it was located in Retiro Park. The old Zoo in the Retiro is now a public library, but can still be visited. Today´s Zoo is a children´s favorite in Madrid and with no doubt a must-do attraction for families visiting Madrid. Panda bears are the Zoo´s top highlight. The current Madrid zoo is located in the “Casa de

L’Oceanogràfic or El Oceanográfico in Spanish is part of the City of Arts and Sciences of Valencia but deserves special mention on its own. The giant and spectacular oceanarium of the City of Arts and Sciences (Ciudad de las Artes y Ciencias) of Valencia, Spain. It is home to a great number of different habitats and marine animals including mammals, reptiles, and birds as well as fish. The Oceanographic is the largest oceanarium in Europe, spanning over 110,000 square meters (1,200,000 sq feet) and holding a capacity of 42,000,000 liters (11,000,000 gallons) of water, including a 26,000,000-litre (6,900,000 gallons) dolphin 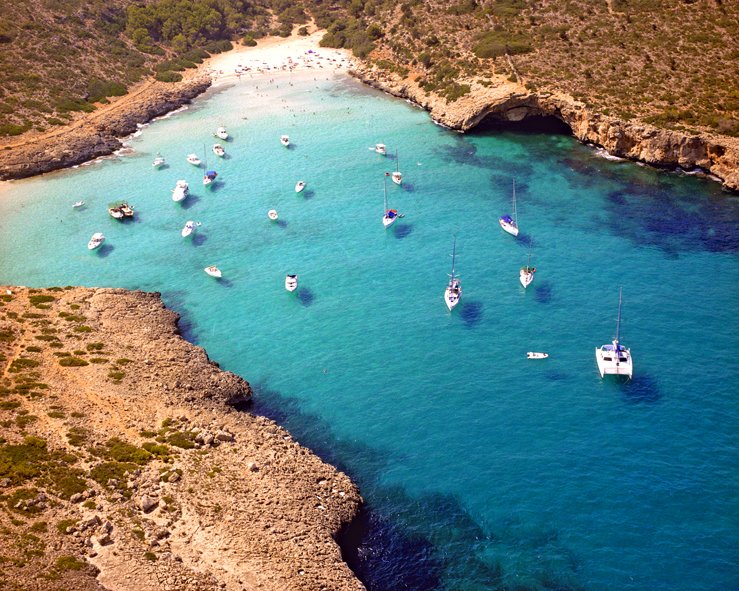