A complete guide to the beaches in Tenerife South and North

Tenerife does not hold the same fantastic beaches as Fuerteventura (some of which rank amongst the top beaches in Spain) but there is lots of diversity and a beach for nearly everyone, no matter what you may be looking for.

No guide of the best beaches in Tenerife could not mention Las Teresitas. Despite this is probably Tenerife´s busiest beach due to the fact that it is located in San Andre´s (Santa Cruz de Tenerife).
This is a 1-kilometer long beach, with golden sand and with great views of the Anaga range. Ok, we should say the sand is not local and that it was taken from the Sahara. That happened in the 1970s when Tenerife searched for ways to expand its tourist attractions. Las Teresitas is great as a family beach since a dam was built to ensure a calm area no matter the conditions of the sea. Water is transparent and the beach is surveilled.

This is one of the best beaches in Tenerife. Located in the natural area of Anaga and near the beautiful village of Taganaga, Playa de Benijo lacks amenities, but that only adds to its charms. This beach is unspoiled and used to be considered a nudist beach when it was less popular. Today the beach is not as crowded as other beaches in Tenerife but due to its beauty it has started to receive more visitors and parking nearby may be a problem.
As good as the beach are the views it offers of the Roques de Anaga and the environment. Playa de Benijo is located near one of the best Laurisilva forests on the island.

Playa the Benijo is at its best at dusk and on days of low tide. It makes for a perfect end of trekking in the Anaga natural park.

This is a mid-size beach (almost 400 meters long) with volcanic sand, and located also in the natural park of Anaga.
This beach is frequented by surfers and this also implies waves! No the best beach on many occasions for relaxing swimming.
One great thing about this beach is that you will be able to find good traditional restaurants nearby . We love the views of the black mountain chain of Anaga from this beach!

Another fantastic beach in Anaga natural park. Due to currents and undercurrents, this is not the best beach for relaxing swimming, and you will find surfers and wave boarders in the area. There are no services on the beach, but it is located near Taganaga, where you will encounter good fish restaurants.
The beach is 250 meters in length and is very isolated since it can only be accessed by foot. 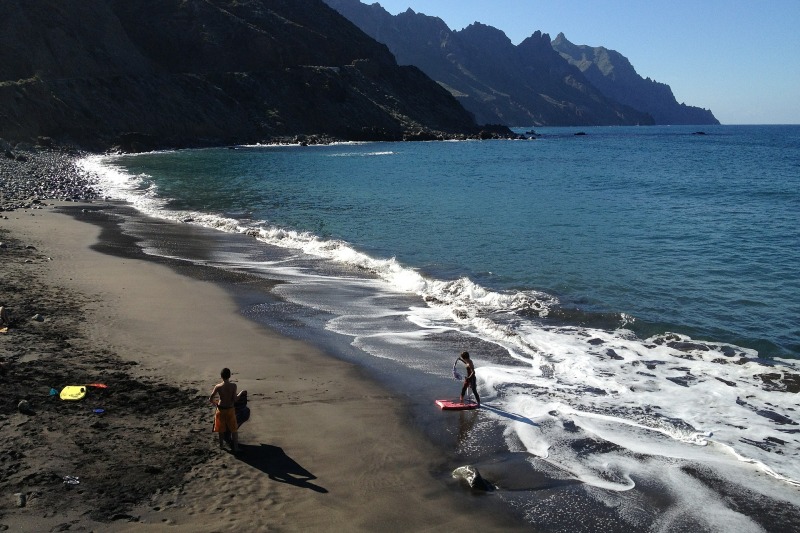 This is one of the best beaches in Tenerife for surfing and has been so for decades. The beach is near Puerto de la Cruz and this means that on low tide days and during good summer days with few waves the beach may get crowded.
Red cross posts and services which include showers and the presence of restaurants make el Socorro a very popular beach. The beach is 400 meters long.
Parking may get complicated so you will need to park in the road. To get to Playa del Socorro you need to head to Realejos, next to Puerto de la Cruz.

Like with other beaches in Northern Tenerife, waves can get really high, so probably not the best beach with children or if you are hoping to enjoy a relaxing swim. The beach is located near Puerto de la Cruz and la Orotava, but it is not too busy since it is small (200 meters) and a bit of walking is required to access it. The bay is beautiful and the nearby cliffs and black sand contribute to an overall great experience. There is a bar and restaurant at the beach, very convenient if you plan to spend the day.

This beach is located near Playa El Bollulo. It is also named as playa de Martínez Alonso. Just next to Playa de los Patos is playa del Ancon (separated by a rock formation.
Some 20 minutes walk are required to access the beach from the closest point where parking is possible. This makes playa de los patos rather inaccessible and also explains why this is one of Tenerife´s nudist-friendly beaches.
We believe this beach is at its best during low tide since some natural rock swimming pools get visible.

Masca beach is one of Tenerife´s most famous beaches. Its secluded location makes it impossible to reach it unless you decide to trek the ravine of Masca (which starts in Masca village) or if you decide to join a dolphin and whale excursion or an excursion to Los Gigantes Cliffs.
The beach is simply impressive: it is located in the middle of the imposing Gigantes cliffs,

It is very easy to access Playa de Los Guios since it is an urban beach. It is located near the port of Puerto de Santiago. Parking is complicated in the area, so you will need to eventually park on the upper side of Puerto de Santiago or pay the parking at the harbor.
Los Guios beach is a perfect beach for families since it is well-protected by both the cliffs and the port. It is also an excellent beach to practice kayaking in Tenerife and to enjoy snorkeling.

This beach is located in Puerto de Santiago, south of Los Gigantes.It is smaller than playa de los Guios and maybe not so spectacular, but it is very well protected and offers fantastic views of La Gomera (it is amazing how some days this island looks much closer to Tenerife than other days). This is a good beach to enjoy snorkel in Tenerife and also to go with family. The beach is surveyed and has good services: bars, restaurants, etc. If you are looking for a beach with no building next to it in the western or northern coasts of Tenerife, then this beach is not for you. Other 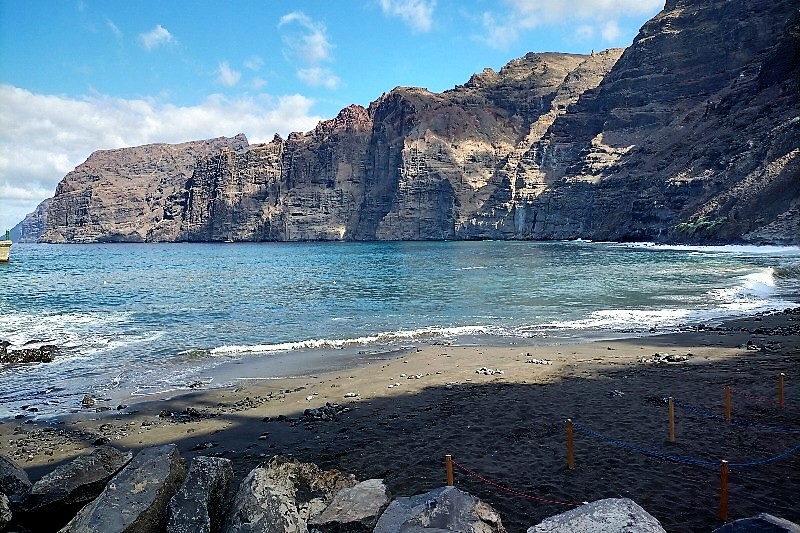 Best beaches in the south of Tenerife

Any of the beaches in Las Americas has a wide range of services and are great for families, for couples who simply want to relax, for groups of friends looking for a party, or for water-sport lovers.
Daily excursions depart from Las Americas to enjoy whale watching, and there are many other opportunities to ensure fun is guaranteed no matter what you enjoy!

Some of the best hotels in Tenerife are located next to this beach, which is one of the most exclusive ones on the island if we consider the number of 5-star hotels in the nearby area. As a matter of fact, this part of Adeje is the area with more 5 star hotels per square mile in Spain.

This is a golden sand beach that has received the blue flag and which boasts sunbeds where you will be able to just relax! Lots of services in the area. This beach is next to an elegant promenade and you will also be able to find many luxury shops.

El Medano is located on the southeast side of Tenerife and it is near the Reina Sofia airport. It is an urban beach (El Medano is actually the name of the small town where it is located) This area of Tenerife is not as touristic and Playas de las Americas or Adeje but it cannot be defined as an unspoilt beach neither. This is a sandy, light brown beach with views over the beautiful red mountain. El Medano is one of the best places in Tenerife to enjoy surf in Tenerife. Since the beach is the beach of El Medano town, both locals and tourists can be found here. There are bars and restaurants in the area. 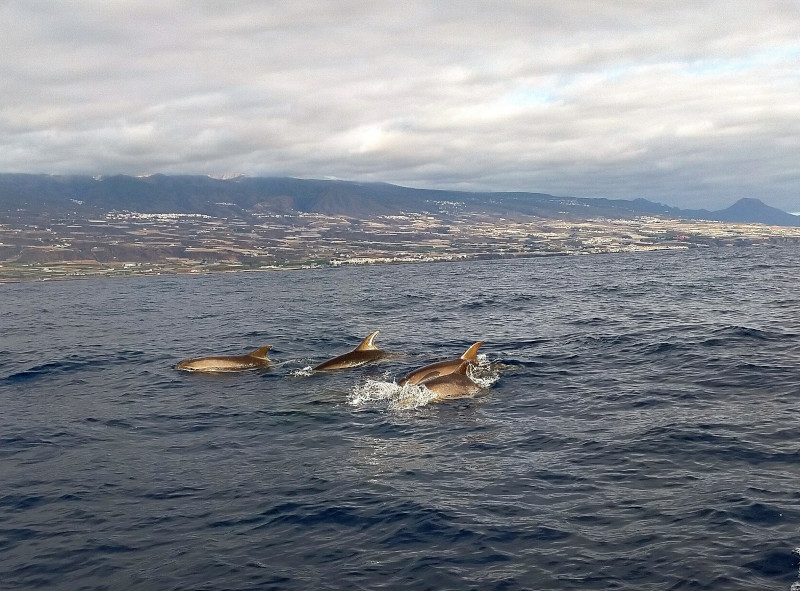 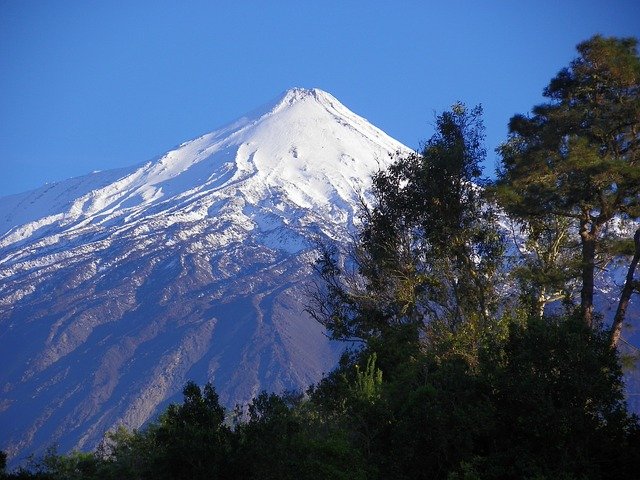 Things to do in Tenerife 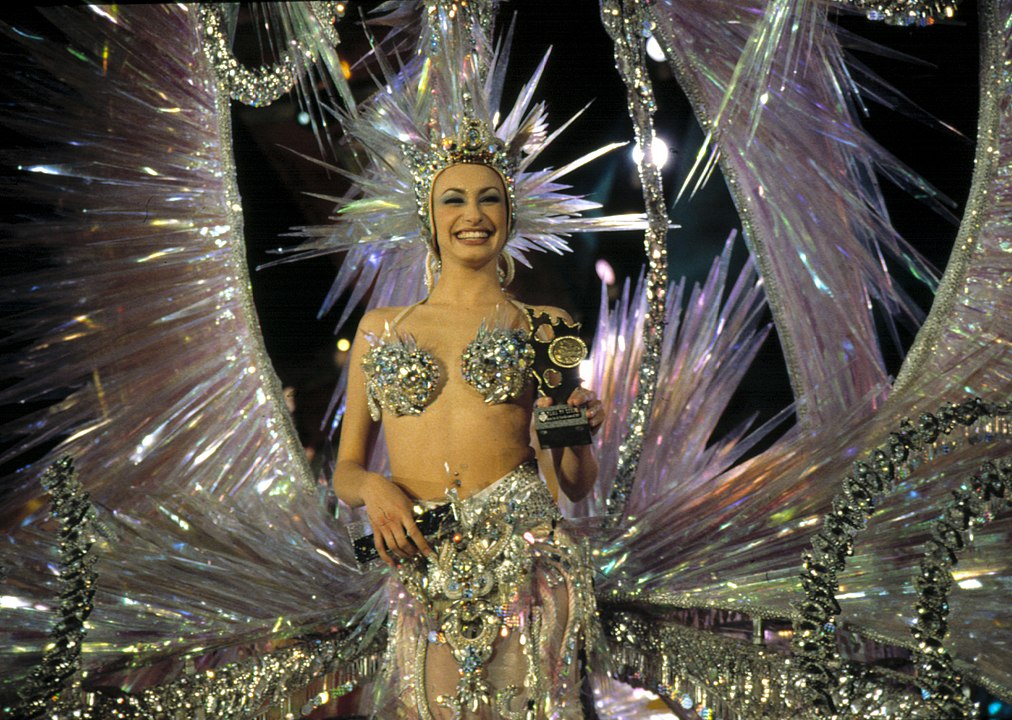 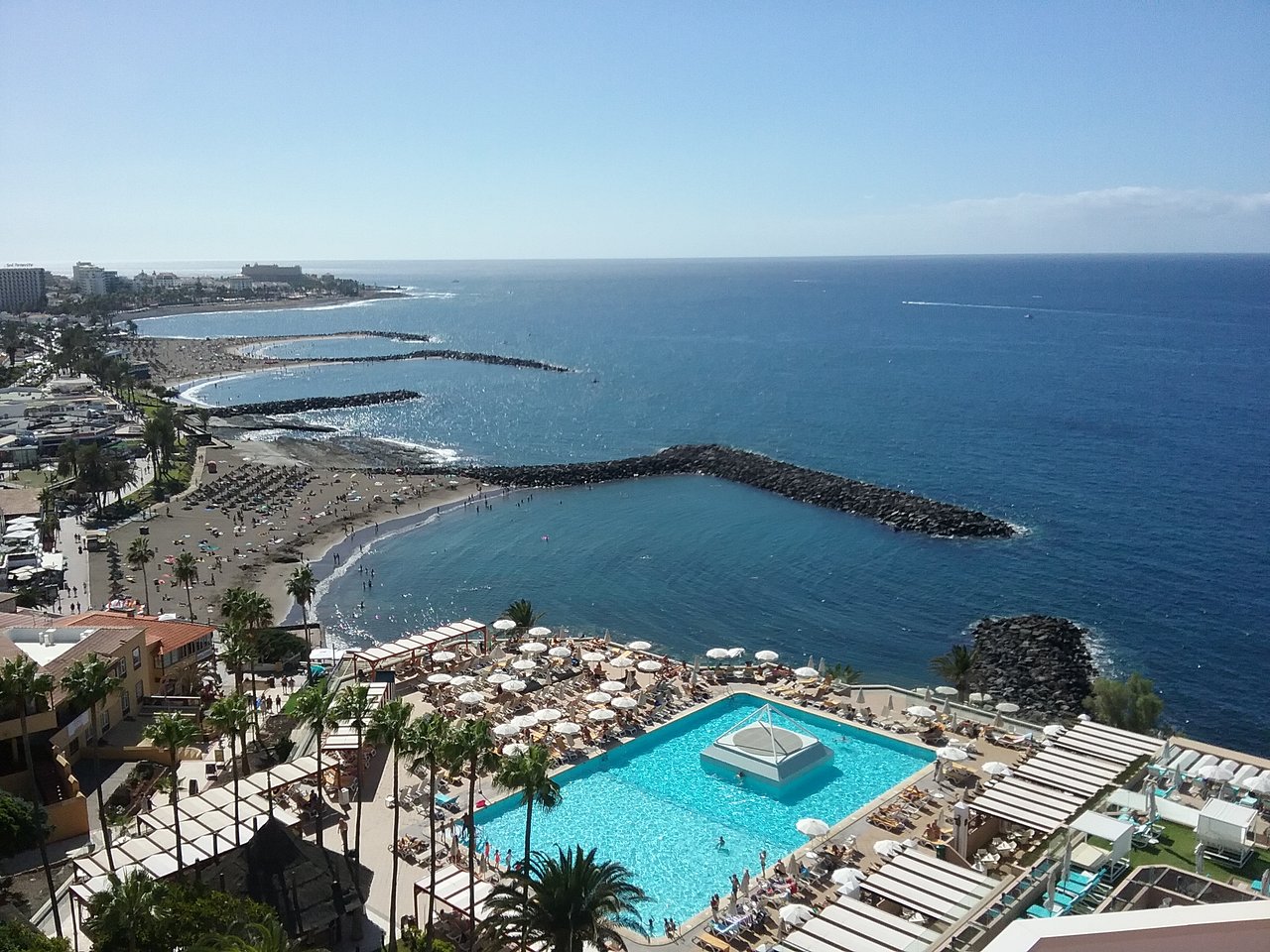 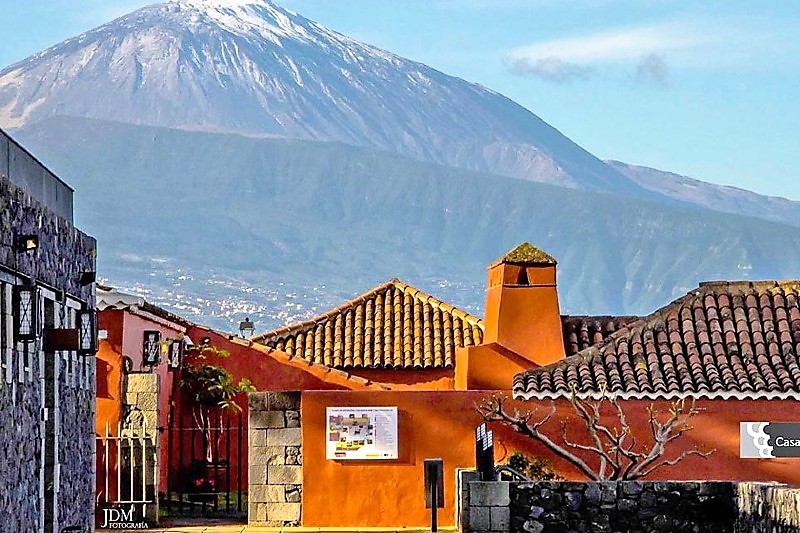 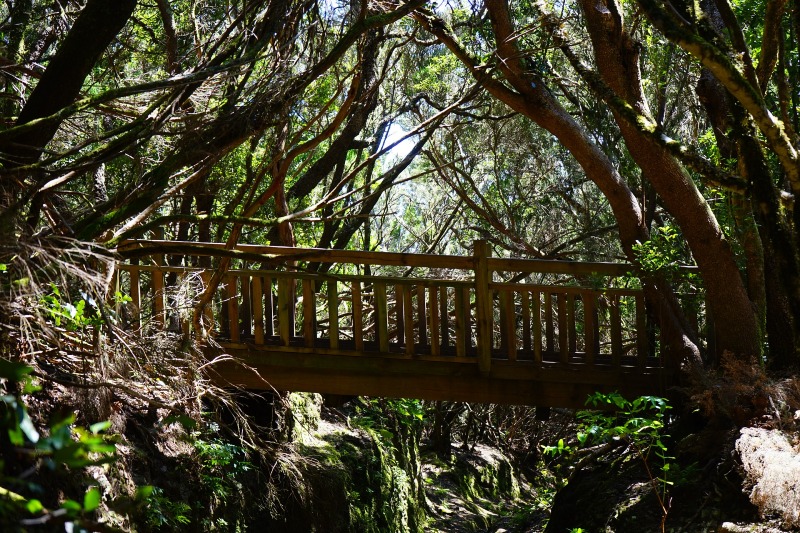