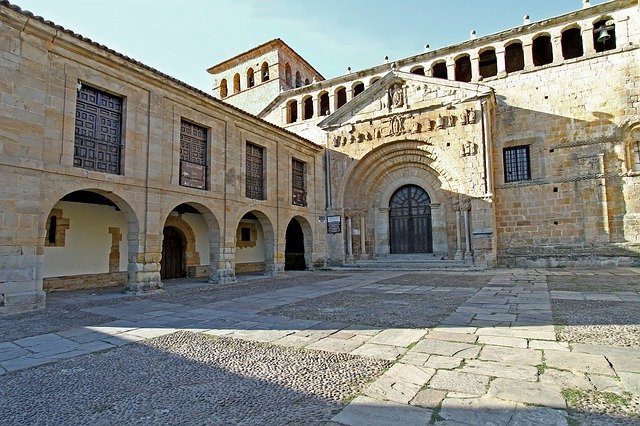 A few meters from the sea sheltered by gentle hills and from the bloody, relentless passage of time, sits the historic town of Santillana del Mar, in Northern Spain. It’s a magical crossroads that has inspired artists, poets, philosophers and writers. The town possesses a charm that is difficult to express in words. It’s best experienced first hand.  When you stroll through the streets lined by buildings from the14th to 18th centuries and feel the ancient cobblestones under your feet, you’ll understand. This unique sensation is shared by all those who visit.

Santillana del Mar is undoubtedly the center of historical and artistic interest in Cantabria and one of the most visited towns. From the time of the first-known settlement, La Cueva de Altamira, to the present day, this town has amassed a formidable heritage presided over by the Romanesque jewel in Cantabria “La Colegiata de Santa Juliana“.  It’s history is displayed in houses, palaces, and shields of noble inhabitants. If the visitor looks closely, every detail will spark his or her imagination to form an impression of what life was like in prehistoric, medieval, Renaissance, Baroque, modern and current Santillana.

Practical information to plan your visit to Santillana del Mar

Santillana del Mar arose around the monastery of Santa Juliana, whose origins date back to the 8th century.  It was transformed into a town thanks to the jurisdiction granted by King Alfonso VIII in 1209, to become the capital of the Asturias de Santillana. This meant important economic, demographic and urban changes. The town was built around two streets forming a Y, and divided it into two sections: the civil one centers in the  Plaza Mayor, formerly known as the Market Square.  The religious one, through Calle del Cantón, features the imposing and captivating Collegiate Church of Santa Juliana. Most of the buildings were built from the XVIII century with capital from the new world. It was brought by many inhabitants of Santillana who emigrated to the Americas after the decline in the XVI century and returned to their homeland with great wealth.

Santillana’s historical legacy is evident but it is not the only reason for a thorough visit. The town is well-connected but away from the daily stress of the city. Its relaxing natural environment allows you to enjoy a unique landscape that combines the blue sea with green fields.  Fans of both beaches and hiking trails will enjoy the surroundings.

The artistic and natural wealth of Santillana del Mar

The artistic and natural wealth of the town is augmented by its cultural and festive life. Traditional and religious festivals and numerous activities dot the town’s calendar. The hospitality of its people and a wide range of quality establishments make Santillana del Mar a place to discover.  There are hotels, charming inns, and restaurants where you can taste the gastronomy of the region. There are cabinetmakers, artisans and potters who treasure traditional crafts with a touch of modernity. These all add their particular virtues to this privileged enclave.

The town of the three lies

An essential appointment for the tourist visiting Cantabria. Santillana del Mar is undoubtedly one of the towns with the greatest historical and artistic significance in Spain. Everything in it is a monument. Known as “the town of the three lies”, since it is neither “holy”, nor “flat”, nor does it have a “sea”. Santillana del Mar is the capital of a municipality of 4,000 inhabitants dedicated mostly to agricultural and livestock activities, and above all, to tourism.

To speak of Santillana del Mar is to also speak of the Altamira Cave. Known as the “Sistine Chapel” of rock art, this cave contains probably the most famous prehistoric paintings in the world. The discovery of the Altamira cave, at the end of the 19th century, caused a deep controversy and subsequent commotion among the scientific community. Initially they were reluctant to admit the real age of the paintings (14,000 years). The cave was found by chance in 1868 by Modesto Cubillas on land owned by Marcelino Sanz de Sautuola, who happened to be an amateur archaeologist.  He studied the paintings extensively with Juan Vilanova y Piera from the University of Madrid. The most famous part of the cave, known as the “room of the polychromes”, was not discovered, however, until 1879, during a visit in which Sanz de Sautuola was led to the chamber by his daughter María.

During the century after its discovery, the massive influx of visitors to the cave began to unsettle scientists who worried about a possible deterioration of the paintings. This led to the total closure of the Altamira Cave in 1979. Subsequently it was reopened under strict controls in order to preserve its valuable content. Due to the fragility of the cave art of Altamira, a replica of the cave was created in 2001 to the delight of visitors. The current museum headquarters was also inaugurated. It houses the Neo-cave, a reproduction that allows the Altamira art to be appreciated without endangering the originals.

Although Altamira Cave is a fundamental part of Santillana del Mar, there is much more to see. In the 9th century the Monastery of Santa Juliana was a prominent town fixture in the 9th century.  It gave way to the prestigious collegiate church of Santa Juliana in the 12th century, which was the first and most important exponents of Romanesque art in Cantabria. From the late 12th-early 13th century, the population grew around the collegiate church and its beautiful cloister. The inhabitants obviously lived through times of great economic splendor, as evidenced by the wealth of the many large houses and palaces that make up this town.

The Merino and Don Borja towers

The Merino and Don Borja towers (now the headquarters of the Santillana Foundation) are among the oldest civil constructions in this cobbled town. It is essential to tour on foot to fully admire the beauty of its streets and medieval buildings, such as the houses of Águila and la Parra (where the Regional Government has installed an exhibition room), the palace and the tower of Velarde, the house of Leonor de la Vega, the palaces of Barreda, Tagle and Villa and many others too long to list.

Santillana del Mar provides a wide range of cultural activities that take place throughout the year in its different exhibition halls and museums.

In its cobbled medieval streets there are multiple artisan workshops and tasty “milk with biscuits”, the most popular snack in the town.

Nature has been generous to this municipality that enjoys a magnificent coastline that includes the quiet beaches of Santa Justa and Ubiarco. In the vicinity of the capital there is a charming zoo that delights young and old.

Santillana de Mar is due to its history and natural wealth, one of the most attractive sights in Cantabria and a popular tourist attraction.

The best time of year to visit Santillana del Mar is from June to early September. At this time of year, the weather is warm and pleasureful, and there are many activities you can enjoy during your visit.

In Santillana del Mar, summers are comfortable and dry; Winters are long, cold, wet and windy and it is partly cloudy throughout the year. During the course of the year, the temperature generally ranges from 5 ° C to 23 ° C and rarely drops below 1 ° C or rises above 26 ° C.

Best things to do near Santillana del Mar 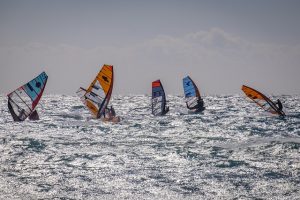 One of Spain´s best things to do are water sports. With so many hundred kilometers of the seaside, great beaches and excellent weather conditions, fans of sea sports will find all sorts of activities in Spain. Surf, kitesurf, scuba-diving, sailing…. The options are endless and for all levels; from beginner to advanced. 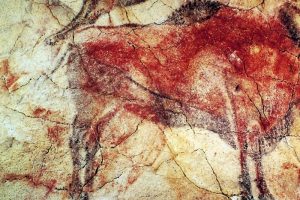 The Altamira caves are located in Santillana del Mar, a small town in Cantabria. These caves are one of Spain´s most important tourist attractions and 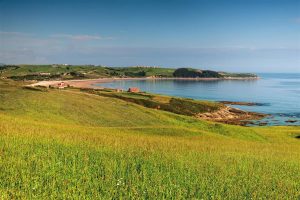 PLAYA DE OYAMBRE Beach. Oyambre beach is located in Cantabria and we have included it in our selection with our most recommended beaches in Northern

Video of Santillana del Mar - The city in a nutshell

Other city guides of Northern Spain 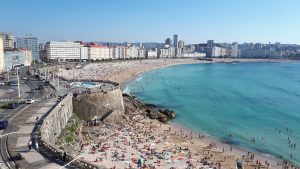