Estimated time to visit: 4 hours (time for lunch not included)

With its 2 sisters, Capileria and Bubión, they shape a beautiful landscape of white villages in the Sierra.  The charm comes at a price, and this merit has also brought along an increasing number of visitors. Las Alpujarras is a land of white villages south of Granada and the Sierra Nevada. These are high lands, with an average of 1,200 meters above sea level, so get ready to drive in winding, small roads. Many people consider the Alpujarras as part of Granada, but they extend to Almería.

Things to do in Pampaneira

Pampaneira is located at more than 1,000 meters above sea level, and, along with Bubión and Capileria, they shape the Poqueira Gorge. These villages are located under the Mulhacen and Veleta, two of Spain´s highest peaks.

Pampaneira has a vibrant artisan community, and one of the best things to do in Pampaneira is shopping textiles, ceramics, rugs or specialties from local food producers.

There are many interesting hikes in the area, most of which start from Campaneira.

The Berbers settled in the Alpujarras after the Moorish invasion, and they organized themselves in small villages, with white walls, narrow streets, and flat roofs (as it was customary in the mountains of Northern Africa from where they arrived). They worked in the silk industry for centuries.

After the conquest of Granada in 1492, the Alpujarras became a land full of Moorish not willing to convert. Many rebellions took place in las Alpujarras, and the descents of the Moorish, the Moriscos as they were named, were forced to leave in 1570. Colons from Galicia and Extremaduras were brought to inhabit the Alpujarras, but all in all, the population plumbed.

The Alpujarra faced many combats during the Spanish Civil War, and it has only been at the end of the XIX Century when this land has seen a revival thanks to tourism. The deep and fertile valleys of the Alpujarra are full of olive, vines, and chestnuts on the lower levels, and oak and alpine flora. The Alpujarras are famous for pig farming and the production of ham. 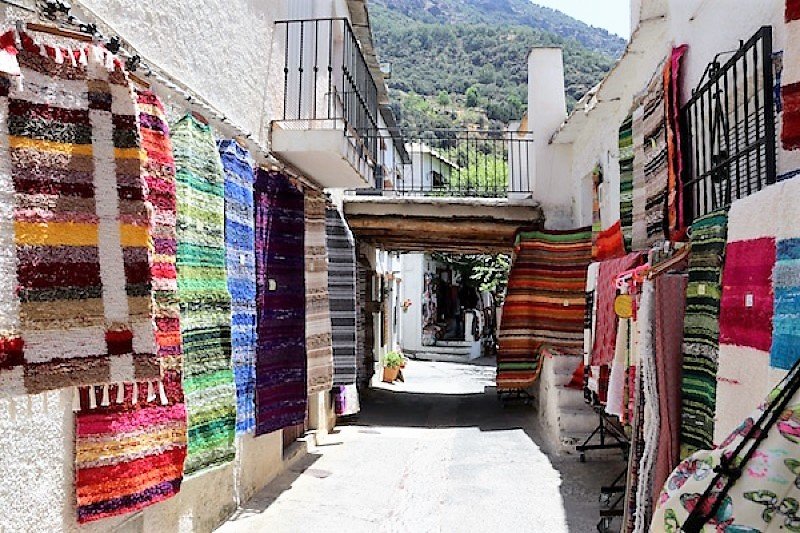 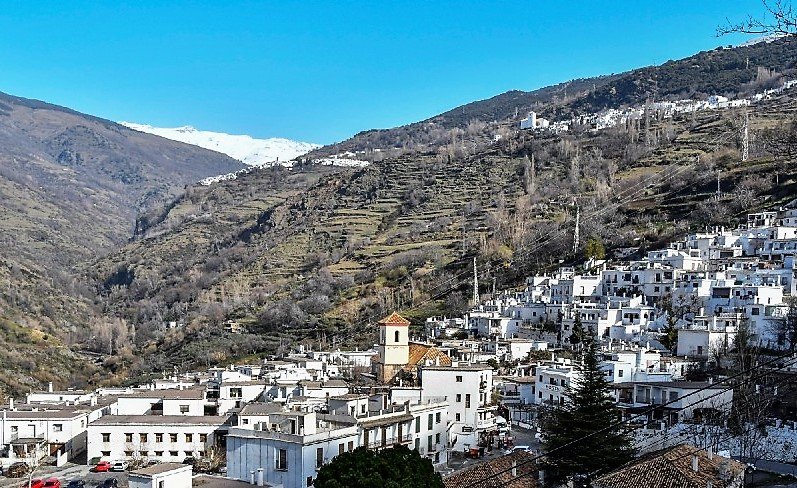 Setenil de las bodegas, the white village built on the rocks in Cadiz