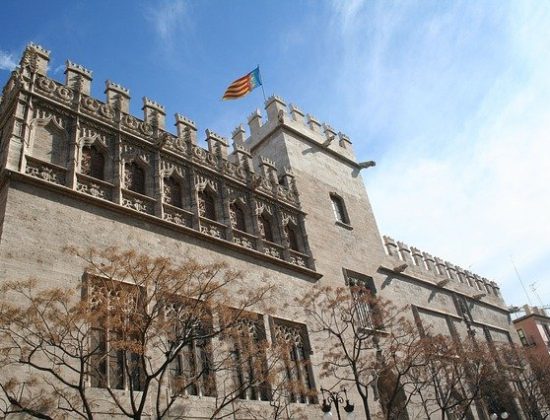 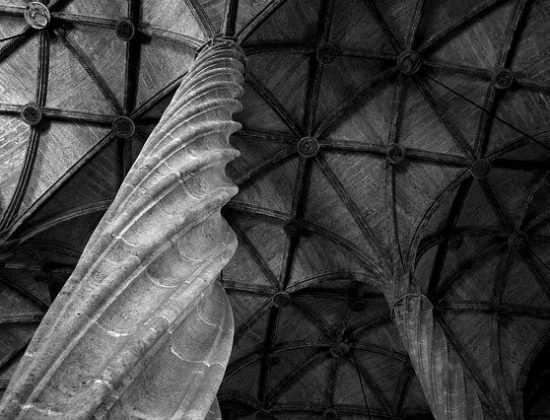 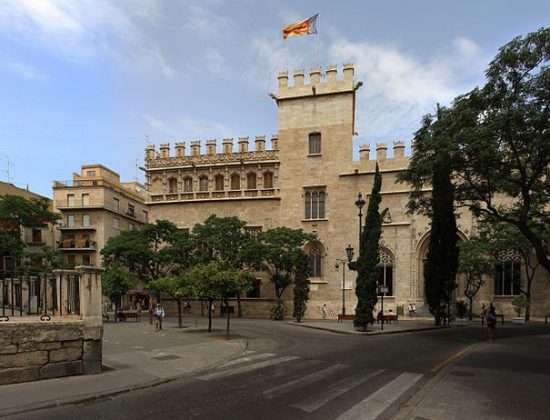 The Valencia Silk Exchange or The Llotja de la Seda as it’s known locally is an amazing 15th-century Gothic building in the heart of the city of Valencia. It was once one of the most important silk markets in the world, a precious commodity at the time. It is one of the city’s main attractions and most breath-taking landmarks.

Construction of the Valencia Silk Exchange began in 1482 and was completed in 1548. The complex is featuring three distinct parts and an interior orange garden. The main hall or the Sala de Contratacion is a large, beautifully decorated room whose main feature is the two gorgeous twisted columns. This was the economic heart of the Silk Exchange where all the business was conducted and contracts were drawn up. Off this main room, we find the Pavilion of the Consulate, and this was the seat of the Tribunal del Mar (marine tribunal) – the first marine courthouse in Spain. All business disputes were settled in this wing. This area of the exchange has two floors, the 2nd of which features a spectacular and ornate ceiling. Both floors maintain original furnishings. The third section of the building is the central tower, which was used as a jail for merchants found guilty of a crime in the Pavilion of the Consulate.

Valencia became the city it is thanks to the silk exchange. The Silk Road was the route that connected Europe and Asia and on which highly coveted silk fabrics were transported. The silk was produced in China and sold in Europe. Valencia was one of Europe’s most important markets for silk, and silk was a valuable commodity.

In the time period in which the Valencia Silk Exchange was built, much of the silk coming into Europe had been routed through Northern Africa, and Valencia became the perfect location to be the distributor from Spain to the rest of the continent.

The Silk Exchange was built on the site of what had once been the Oil Exchange of Valencia, but thanks to Valencia’s commercial prosperity during the 15th century, this new exchange was constructed. Inspiration for the building’s design came from a similar exchange in Palma de Majorca, designed by the architect Guillem Sagrera in 1448. The architect behind the Valencia Exchange was Pere Compte.

The Valencia Silk Exchange was named a UNESCO World Heritage Site in 1996.

If you head into the center of Valencia’s Old Town and wander around, you won’t immediately spot the Silk Exchange in the same way you might naturally find yourself in the grand plazas in front of the cathedral or the town hall.

How long to spend in Valencia Silk Exchange?

As historically important and beautiful the Exchange is, it isn’t that big. It might take you an hour and a half if you really take you time.

Where to buy silk in Valencia?

Take a walk through the barrio de Velluters, sthe best neighborhood in Valencia to experience the ruta de seda or the silk rout of Valencia. This was the epicenter of silk production in Europe for several centuries. There are several buildings in this area that have a very historically relevant to the old silk trade in Valencia and a great number of shops to peruse.

Where is the silk market in Valencia?

The Valencia Silk Exchange is located, as you might expect, in the heart of the city, near the Central Market of Valencia. It is also relatively close to the port of Valencia, as this is what made most logistic sense.