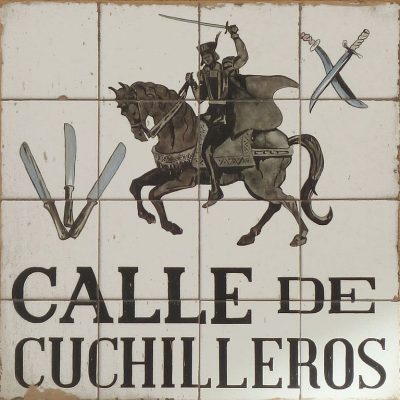 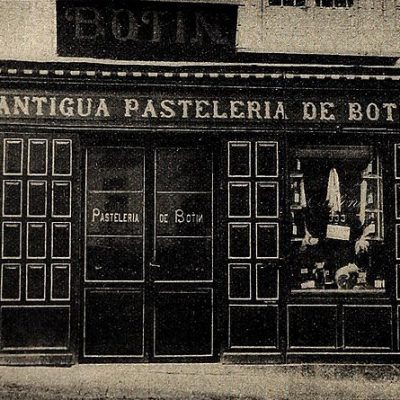 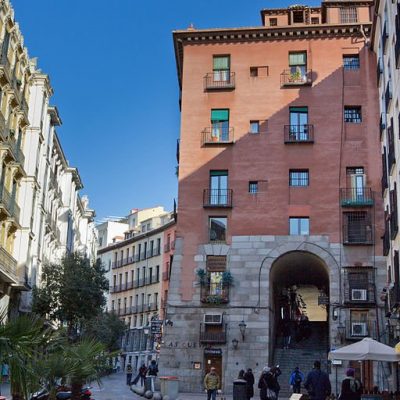 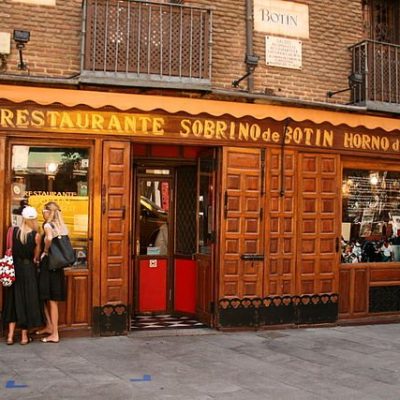 Located right next to the Plaza Mayor of Madrid, on Cuchilleros street is Sobrino de Botín, the world’s oldest restaurant. Sobrino de Botín has been in business, in one form or another since 1725. The name “Botín” pops up in numerous texts of several famous Spanish authors over the centuries, some dating back even further to 1621.

Sobrino de Botín currently occupies 4 floors of the nº 17 of Cuchilleros street. The street is named after the knife makers that use to occupy the shops on this narrow street. The building still maintains the original 16th-century facade, making it all the more authentic and interesting. The restaurant’s furniture also maintains the 16th-century style with small wooden tables and chairs. The ceilings are low and the walls are lined with relics from the restaurants past. The restaurant has a staff of over 70 people that serve around 400 meals a day.

The restaurant specializes in traditional Castilian cuisine, a style known for its roasted meats and copious and rustic dishes. The restaurant features a traditional wood-burning oven that has not been fully turned off since the restaurant opened its doors, surviving the Spanish Civil War and the 2020 coronavirus pandemic.

It is said that Francisco de Goya actually worked at Botín in the kitchens at the age of 19, before becoming a painter. Ernest Hemmingway was a regular at Botín whenever he visited the capital and actually wrote about botín in his novel “The Sun Also Rises”. Many other famous authors have written about Botín as well: Graham Greene, in Monsignor Quixote, Frederick Forsyth in The Black Manifesto and Cobra, and Indalecio Prieto in his book My life speaks of the “delicious bartolillos of Botín”

The restaurant was founded by a Frenchman named Jean Botin and his wife in 1725. The original name of the establishment was Fonda Española. Fonda is an old Spanish word used to describe an establishment that offered food and lodging, but that didn’t offer the same luxuries as a proper hotel.

The restaurant’s famous wood-burning oven was added in 1868 after the restaurant underwent some remodeling. When the Botín’s finally passed away, the restaurant was inherited by their nephew, Cándido Remis, and the name of the establishment was changed to Sobrino de Botín, which literally means Botín’s nephew. Also in 1860, the establishment stopped offering to lodge becoming a full-on restaurant. In 1920 the restaurant opened a now-defunct outdoor restaurant in the famous Dehesa de la Villa park, slightly north of the city center.

At the beginning of the 20th century, the restaurant moved on to belong to the current owners, the Gonzalez family, who would go on to open a second location in Mexico which also features an exact replica of the original kiln found in Spain. One of the pieces of memorabilia that is hung on the walls of the restaurant currently is an official recognition of the Government of Spain of Botín being mentioned in the classic Spanish novel Fortunata y Jacinta, by Benito Pérez Galdós.

As we mentioned before, Botín serves Castilian and Madrid cuisine, but the real highlight are the roasted meats.  In the center of Spain, restaurants that specialize in roasted meats are known as “asadores” and the stars of the show in this region are the roast suckling pig and roasted lamb, and at Botín it’s no different. Both of these dishes are superb and should be anyone’s main focus when ordering at Botín, but you can’t go wrong with anything purely Castilian on the menu: migas, Sopa Castellana, Sopa de Cuarto de hora or desserts like pestiños, bartolillos or flan. 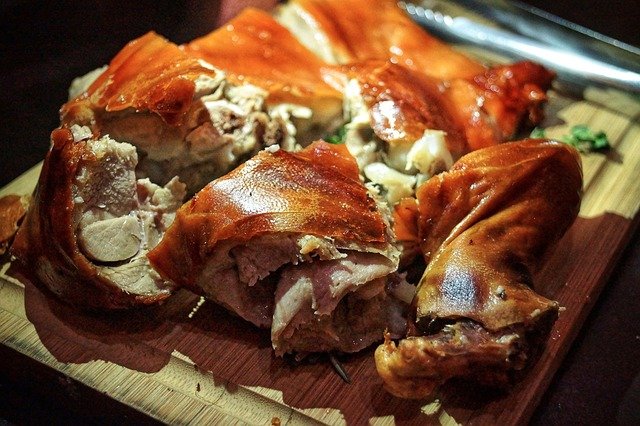 How much does it cost to eat at Sobrino de Botin

First off, if you are interested in eating at Botín you should make a reservation with plenty of time, as it’s one of Madrid’s most visited eateries. Once you have secured your table, it will cost you about 40 € per person, not the cheapest meal out there but definitely worth every penny.

You can discover other great places to eat in Madrid in our restaurant section.