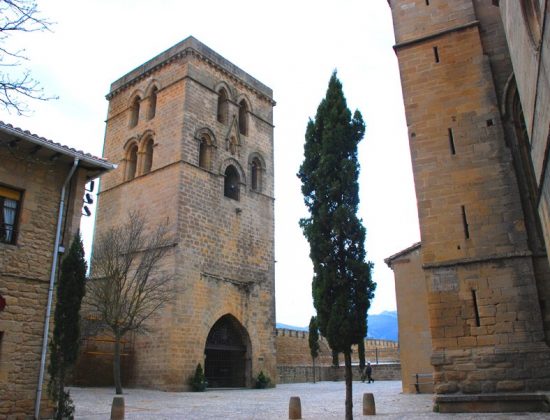 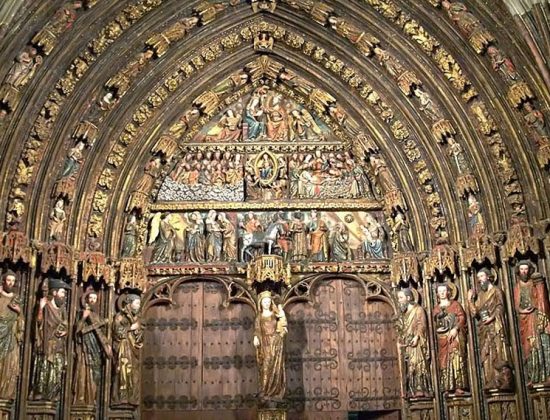 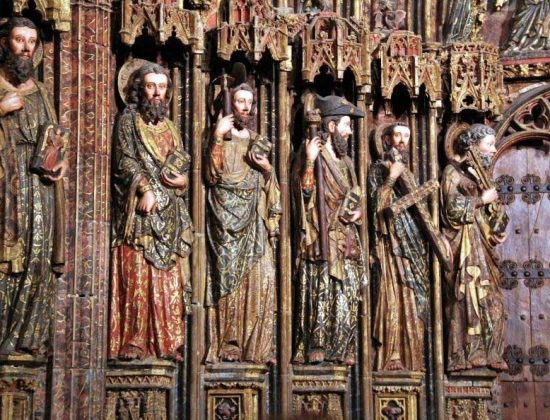 The site was probably originally occupied by the monastery of a military order of monks. The church tower of the building visible today looks as if it was once part of a fortification. The church itself was begun in the 12C in Romanesque style and has a nave, two aisles and a cloister. Building continued into the 13&14C, when Gothic elements were introduced. The unusual portal is late 14C and a masterpiece of Spanish Gothic carving. There are larger than life-size statues of the Apostles sanding on intricately decorated pedestals and covered by splendid tabernacles. The tympanum is in three parts and depicts scenes from the life of the Virgin Mary. The high altar of 1618-22 is by the sculptor’s Lope de Mendieta and Tomás Manrique, Juan de Bascardo also collaborated on it. These
are two more altars, which are late-17C baroque, by Diego Jiménez and Mantin de Arenalde. The choir stalls (1720) are by Antonio de Herrera. The church treasure
is kept in the sacristy. The furnishings are 18C.