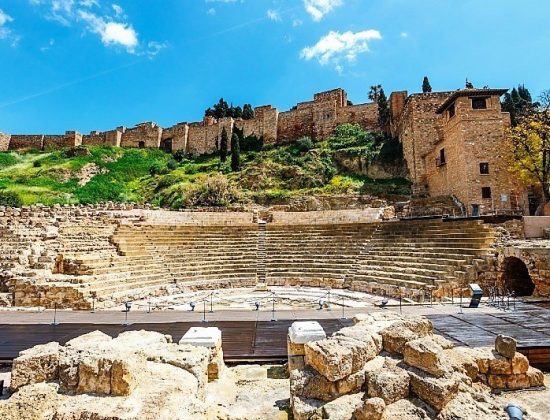 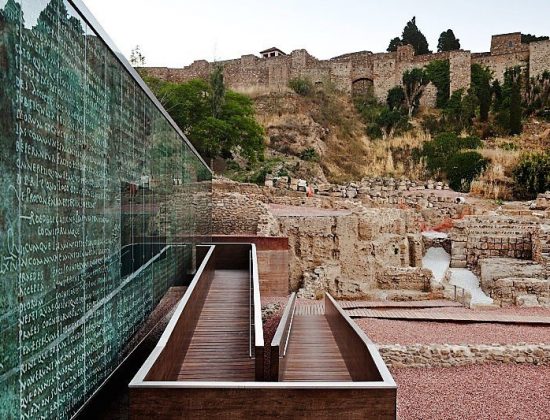 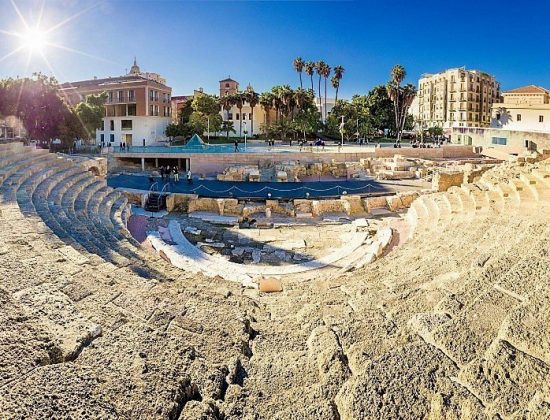 The Roman theatre in Malaga stands next to the Alcazaba. 2 very different moments of time facing each other

The Roman theatre in Malaga

Near the Alcazaba and built during the reign of the Emperor Augustus, making good
use of the hillside. The ruins still have some of the marble furnishings.

Castillo de Gibralfaro (440 ft. above sea level): The castle’s name comes from the
Arab term for ‘castle of the lighthouse. The Arab fort was probably preceded by a
Phoenician building. However, the building acquired its present form under the Nas-
rite ruler Yusuf I in the 14C. There is a beautiful Arab gate set into the wall. The
former mosque lies within the castle area. A double wall joins up with the Alcazaba