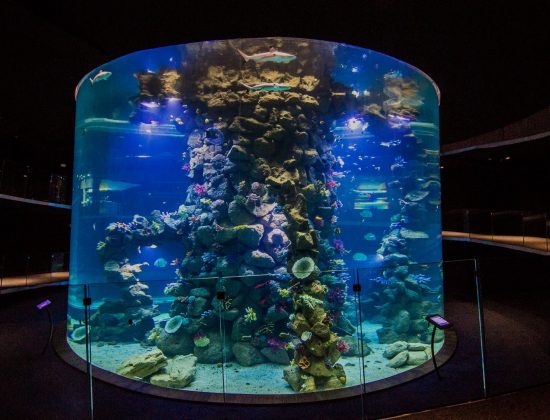 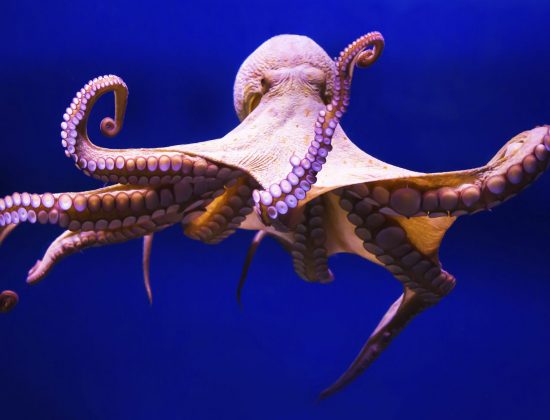 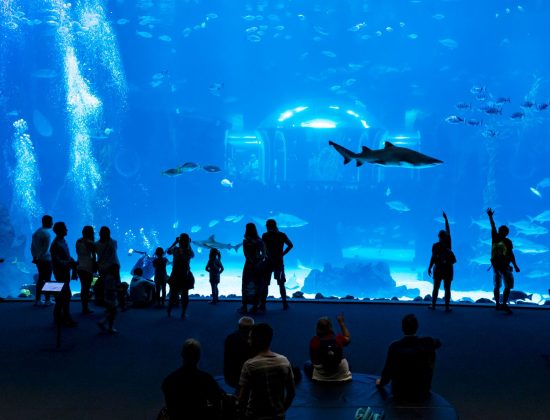 The best Aquarium on the Island of Gran Canaria

The best Aquarium on the Island of Gran Canaria

The Poema del Mar aquarium located in Las Palmas, the largest city and capital of the island of Gran Canaria. It was inaugurated on December 17, 2017.

The aquarium is located within the Puerto de la Luz of Las Palmas. Poema del Mar is housed within a 12,500 m² building inspired by the designs of Nestor Martín-Fernández de la Torre, whose pictorial work “Poema del Atlántico” inspires the name of the aquarium.

The government of Gran Canaria and the Canary Islands decided to open the aquarium to reinforce the promotion of the archipelago as an international travel destination. The aquarium is actually run by the company that also runs the Loro Parque, on the neighbouring island of Tenerife.

What to see at the Poema del Mar Aquarium

Poema del Mar Aquarium is an excellent activity to enjoy with the entire family. The aquarium is located, as we mentioned above, in the port of Las Palmas de Gran Canaria. It has more than 350 marine species, which live in just over 6 million liters of water.

One of the coolest species highlighted at the Poema de Mar Aquarium is the Proteus anguinus. This odd creature is also known as a “human fish” and is an endangered species found in caves in  Slovenia and Croatia, that was once thought to be baby dragons. The “human fish” can live up to four years without eating and has legs, hands, fins, and gills, a truly weird little animal.

In the aquarium, it has its own enclosure with stalactites that mimic its natural habitat. To recreate its ecosystem, this exhibition uses the mud from the caves where it usually lives, since the mineral salts it contains are important for its skin.

The freshwater enclosure mimics a jungle environment. this portion of the aquarium features a variety of amphibians and lizards, including turtles, poison dart frogs, scorpions, and crocodiles.

The surface marine enclosure highlights species common to shallow waters and reefs. Here you will find all sorts of colorful species including clownfish, sea horses, and reef sharks.

The deepwater enclosure is home to the larger specimens in the aquarium and may be the more impressive of the three enclosures. Bull and Tiger sharks slowly make their way around the main enclosure and a wide array of stingrays glide along the bottom. You will also get to see delicate sea dragons and the weird looking guitar fish.

Poema del Mar Aquarium was created to promote tourism to the Canary Island archipelago and as a center for conservation and awareness of aquatic life. As a curiosity, Poema del Mar houses the largest curved window in the world, a 140-ton screen made in Italy.

How long does it take to see?

It is really up to you but it should take around  2 or 3 hours so you can see everything properly. But beware if you are visiting with small children, they won’t want to leave.

Where can I park?

You shouldn’t have any trouble finding a parking space near the Poema del Mar Aquarium. The nearby Muelle Shopping Center offers three hours of free parking, which should give you more than enough time to enjoy the aquarium.

Where is the Poema del Mar Aquarium

Poema del Mar is located in the Canary Island archipelago, south of Spain, and off the coast of Morrocco, specifically on the Island of Gran Canaria, in the city of Las Palmas.

Las Palmas is the capital of the island and its largest city. The aquarium is located slightly north of the city center in the Puerto de Las Palmas de Gran Canaria.

Other attractions in Gran Canaria 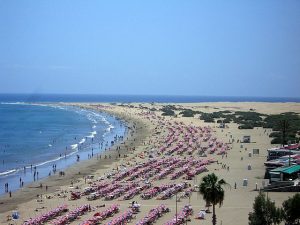 Playa del Inglés, Gran Canaria: one of the most beautiful beaches in Spain 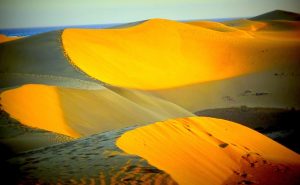 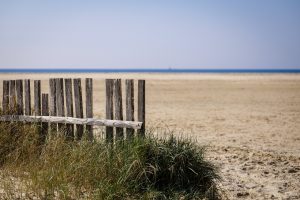 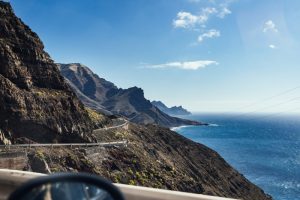