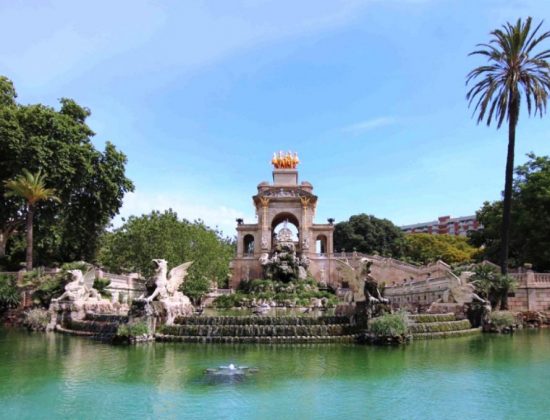 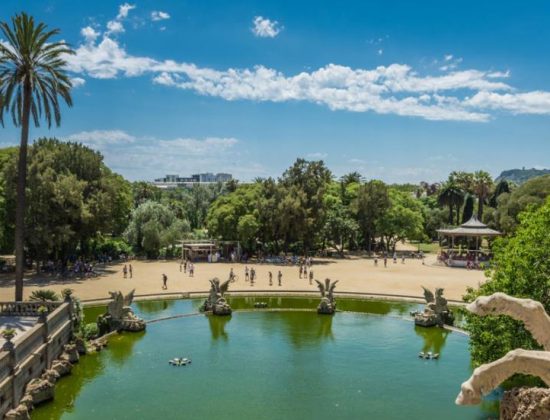 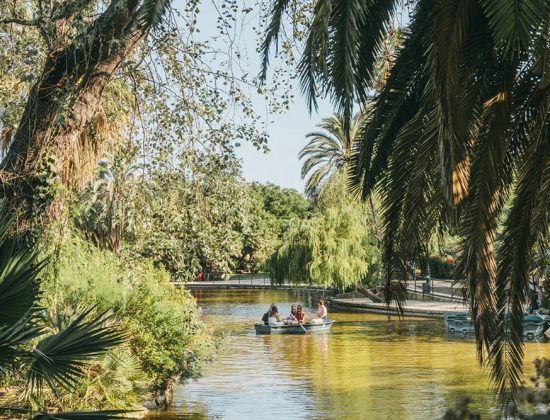 The second largest park in Barcelona. A fantastic park, great for romantic walks

A very interesting park in Barcelona is Parc de la Ciutadella, located in the old part of the city. This green space was built at the end of the 19th century and in 1888 the park became the site of the International Exposition. It´s design is very similar to Luxembourg Gardens in Paris.

Parc de la Ciutadella is the biggest park of the city after Montjuïc. It´s 280.000 m2 (70 acres) includes two museums, one church, the Barcelona Zoo, one lake and the Palace of the Parliament of Catalonia. Moreover, this park is a must for nature lovers because it has over 100 botanical species, which you can discover while you contemplate a very interesting collection of sculptures located in different parts of the park.

Walking around the park you should not miss the Monumental Waterfall – the fountain of the park located in the north area and one of the most photographed points of Parc de la Ciutadella. It is a neoclassic monument designed by Josep Fontserè and built between 1875 and 1888. Additionally, there is a lake near the waterfall with rowing boats, another thing you can do in this park. The Barcelona Zoo is located also here. A good option if traveling with children who would like a “break” of city tourism.

What to see at the Parc de la Ciutadella

This beautiful park is almost more of an open-air museum. You will find work of artists of the caliber of  Frederic Marès, Eusebi Arnau, Josep Clarà, Josep Llimona, Pau Gargallo, Manuel Fuxà and Eduard B. Alentorn.

The two most popular sculptures that are located within the park are The lady with the umbrella, by Joan Roig Soler, which for many years was one of the symbols of Barcelona and which crowns an ornamental fountain designed by Josep Fontserè and a statue of a Mammoth the first and only life-size reproduction of extinct animals that was incorporated in 1907, donated by the Natural Sciences Board.

The centerpiece of the park is the “monumental waterfall”. It was designed by Josep Fontserè as we mentioned, in 1875, and inaugurated in 1881. Fontserè was assisted by a very young Antoni Gaudí. The waterfall is adorned with many sculptural elements by Catalan artists from the end of the 19th century, placed after its inauguration. The centerpiece of the fountain is the Birth of Venus, by Venanci Vallmitjana, and at the top, culminating the set, The chariot of the Aurora, by Rossend Nobas. At the bottom of the fountain, there are four figures modeled by Rafael Atché protecting Venus. On either side there are stairs to access a kind of temple from which you can enjoy some of the best views in the park.

The buildings of the park

The park now ocupies the place of the of the old military citadel built-in 1715. There are still some vestiges of that old fortress including the military chapel, built by Pròsper Verboom (1728), the governor’s palace, and the arsenal building, currently the seat of the Parliament of Catalonia.

The rest of the buildings in the park were built in the last third of the 19th century. The first was the Martorell Museum of Geology, in neoclassical style, designed in 1879 by Antoni Rovira i Trias.

As for the constructions carried out during the Universal Exhibition of 1888, we find the restaurant, the work of Domènech i Muntaner. It was popularly called the Castle of the Three Dragons, and since 1934 it has been the headquarters of the Museum of Zoology in Barcelona.

Also built during the 1888 Universal Exposition were the Umbracle, a unique enclosure designed by Josep Fontserè (1883) that integrates brick, iron and a wooden slat that provides shade for subtropical species, and the Greenhouse, an iron and glass construction designed by Josep Amargós i Samaranch in 1884.

The Barcelona Zoo opened its doors on September 24, 1892. The first animals came from the private collection of Lluís Martí i Codolar, who originally houses the creatures on his private estate in Horta.

In 1956 the zoo grew and reached 13 hectares and also renovations took place to modernize the installations and make the whole operation more scientific and more focused on the preservation of the species. Numerous cages were replaced by open spaces that recreated the natural habitats of the animals.

In 1966 Copito de Nieve or Snowflake in English, an albino gorilla came to live in the Zoo and immediately became the crown jewel of the Zoo. In 1972, a dolphinarium was added, as well as an aviary and a terrarium.

Where is Parc de la Ciutadella

The park is located in the heart of downtown Barcelona, located very close to the Barceloneta, the cities famous marina. 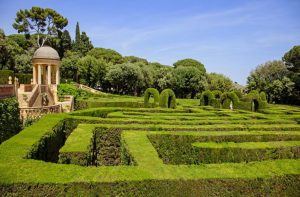 This park is one of the most important of the city because it preserves Barcelona’s oldest garden. Parc del Laberint d’Horta, which is located outside 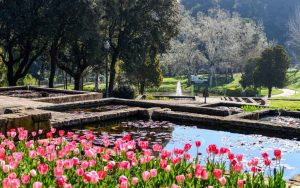