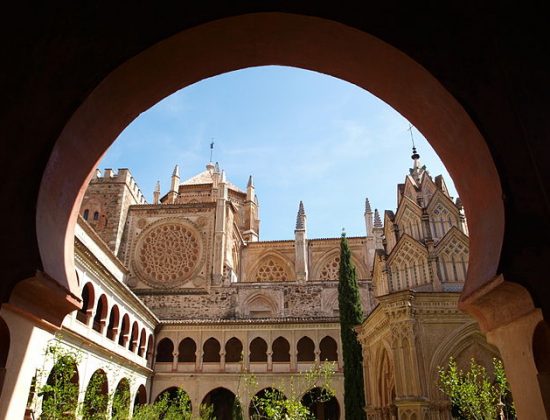 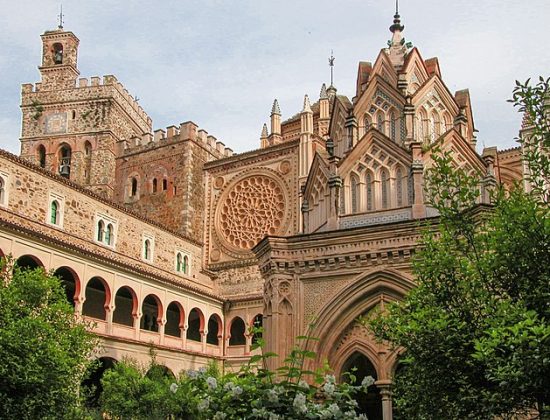 The spectacular Monastery of Guadalupe in Cáceres

The Monastery of Guadalupe in Cáceres is a unique medieval structure that combines several architectural styles, that is an absolute must when visiting Cáceres

Monastery of Guadalupe in Cáceres – Overview

The Royal Monastery of Santa María de Guadalupe is a 14th-century Monastery located about 1 hour and a half by car from the center of downtown Cáceres. The building was declared a World Heritage Site by Unesco in 1993, so it is well worth the drive if you have the time.

The temple features a mix of several artistic and architectural styles including Gothic, Mudejar, Renaissance, Baroque and Neoclassical.

In 1389 the construction officially was declared a monastery by Juan I of Castile. It was turned over to a community of 32 monks of the Jerónima Order from San Bartolomé de Lupiana. In 1879 the complex was declared a National Monument by Alfonso XIII and turned over to the Franciscan friars, and Pope Pius XII, in 1955, elevated the sanctuary to the status of a basilica.

Monastery of Guadalupe in Cáceres

Monastery of Guadalupe in Cáceres – History

The origins of the monastery church as a sanctuary dedicated to the Virgin of Guadalupe has a close relationship with the reign of Alfonso XI.

There was a monk named Diego de Écija who chronicled the construction of the monastery sustained that the reason the chapel or hermitage that was built as a result of the appearance of the image to a shepherd of unknown name, at the dawn of the century XIV.

Centuries later, in 1743, a monk by the name of Francisco de San José identified the shepard as Gil Cordero de Santa María, one of the first settlers of the place. On the site of the humble hermitage a small church was built in the early 14th century. The king ordered it to be expanded in such a way that it would become a temple worthy of the devotion of the Virgin of Guadalupe, with the addition of a hospital. It took just six years to make the appropriate extensions and arrangements under the supervision of Toribio Fernández. The resulting temple was to emulate the famous Toledo Mudejar style was applied.

As a result of the victory obtained in the battle of the Salado, King Alfonso XI donated several trophies obtained in the battle and also issued a royal privilege on December 25, 1340 in which the monastery was declared royal patronage. On January 6, 1341, the Bishop of Toledo Gil Álvarez de Albornoz drew up a document establishing the secular priory of Santa María de Guadalupe and recognizing the patronage in the figure of the king and of their successors.

From a sanctuary to a monastery

Juan I had inherited the patronage of the sanctuary as it had been established since the times of Alfonso XI. While still in possession of his rights as patron, he dictated on August 15, 1389 in Sotosalbos a royal provision by which he ordered that the sanctuary be expanded and raised into a monastery ruled by regular monks.

The king also gave up all the properties related to the sanctuary and that he himself had received from his predecessors. On his side, the Archbishop of Toledo Pedro Tenorio, who had jurisdiction over the territory where the sanctuary was located, granted his consent by means of a letter written in Alcalá de Henares.

In 1493 Columbus returned to Guadalupe in fulfillment of the promise written in his log to give thanks for the discovery of America. On July 29, 1496, the baptism of the Native Americans who were transferred to the old continent as servants took place.

Where is Monastery of Guadalupe in Cáceres?

The monastery is located a little over an hour and a half east of the Medieval city of Cáceres, in the charming little town of Gadalupe. In the town, there are other sites worth visiting as well numerous bars and restaurants where you can enjoy some traditional Extremeño cuisine.

During the height of his fame, the world-famous Spanish painter, El Greco, would be commissioned an altarpiece for the parish church of San Andrés, a commission that came from the Brotherhood of Our Lady of the Rosary. The work included the architecture, a sculptural image, and three canvases, among which this Coronation stands out. El Greco also painted a more famous coronation scene that is currently located in the famous El Prado Museum of Madrid. The painter modest received 300 ducats for his work. 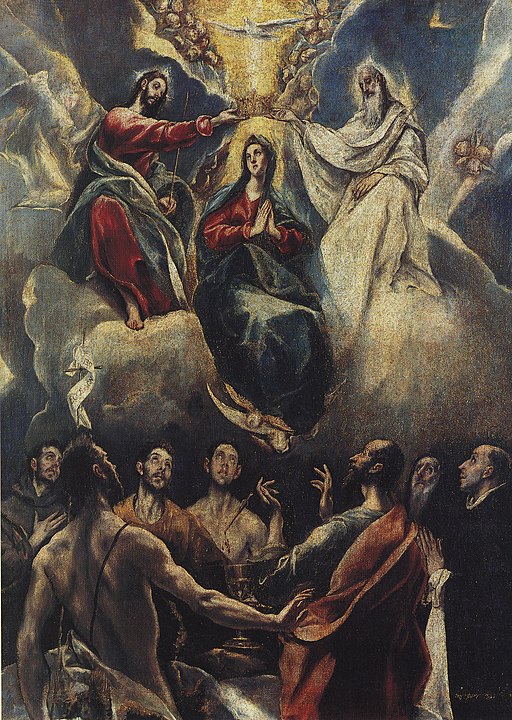 A large portion of the altarpiece was destroyed during the Spanish Civil War, The design of the Coronation was reflected in the contract; thus, it was arranged that the Coronation of the Virgin was placed accompanied by various saints – among which were mentioned the Saints Juanes, San Antón, San Sebastián, and Santo Domingo. . The composition is inspired by an engraving by Dürer, freely interpreted by Doménikos. There are some similarities with the Burial of the Conde de Orgaz in particular its two-part structure: the lower one in a typical Quattrocento rectangle and the upper one in a rhombus, placing the Virgin as the axis of symmetry in this case. 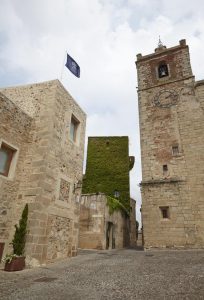 Atrio Hotel in Caceres The Atrio Restaurante Hotel is located in the center of the city of Cáceres, just 200m from the cities Cathedral. The hotel features a seasonal swimming pool and a 2-Michelin-starred restaurant. The hotel is housed within an old estate, the interior, however, os modern and sleek.

The Roman Theater of Mérida is one of Spain´s most important tourist attractions. It is located in the community of Extremadura, about 3 hours southwest from Madrid, about 2 hours north of Seville, and about 3 hours from Córdoba. This spectacular piece of Roman history was constructed in the years

Cáceres is located in Extremadura in south-west Spain. Cáceres is one of the most “medieval” cities in Spain, similar to Toledo. There are remains of medieval Cáceres are everywhere and the city feels frozen in time. The historic city center is a UNESCO world heritage site and it is an underrated food city. 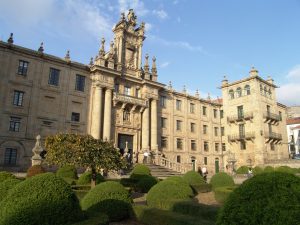 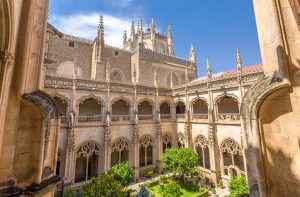