Mercat de la Concepció, popularly known in Barcelona as the “Flowers Market”, is located in the city center near Ciutadella Park, Casa Milà, and other tourist attractions. This market was built in 1887 and was opened to the public one year later. This building, which consists of glass and iron, was designed by the architect Antoni Rovira i Trias.

Although fresh fruit and mixed juices are the indispensable products you should buy in this market, Mercat de la Concepció offers a very good variety of other products. Furthermore, at the back of the market you will find some flower and plant stalls.

Food markets have become a top tourist attractions in most cities, adn Barcelona is no exception. We have included below our favorite food markets. If you are planning to include Madrid in your trip and you are of the foodie kind, we recommend you have a look at our Madrid food markets article.

Up to the beginning of the 19th century, the city of Barcelona was basically confined within the old fortified wall that once surrounded the metropolis. When the city began its process of industrialization, that urban space became too small to accommodate new factories and the growing city. The area beyond the walls was considered a military zone and as such, construction was prohibited. Many factories and new homes for workers were installed in neighboring towns, such as Gràcia, Sants, Sant Martí, Sant Andreu, etc.

These “suburbs” were very well connected to Barcelona and there were roads and regular transport services between them, such as the one that linked the city with Gracia and that had its exit at the Portal del Ángel.

In 1854 the fortified walls surrounding the old city of Barcelona were demolished and the expansion of the city began. In 1859 the expansion plan was officially passed by the government. The architect chosen to head the project was Antoni Rovira y Trias,

The city planning would become an example for many European cities and was built around a large imaginary rectangle of horizontal and vertical parallel streets, which formed a set of square houses, forming a kind of beehive, crisscrossed by streets and by three large avenues.

At the center of each square were green areas and the residential houses that were at most three stories high, in order to allow the entry of light.

The cities planning also took into consideration the distribution of service areas, including markets, social and administrative centers, churches and others, distributing them equitably to facilitate access to the population.

In 1871, the Gothic church of La Concepció was rebuilt and was moved stone by stone from its former location inside the old city. In 1884, the Barcelona City Council bought all the land in the neighboring block that mostly belonged to Joan Pla i Moreau. This purchase was motivated by the need to locate a market here.

The area is known today as the Right of the Eixample, was in those early days, the neighborhood of the bourgeoisie, which introduced its own style of civil architecture, the famous Modernist style for which the city is known for.

Joan Pla (1843-1911) was a very weathy lawyer and lived at number 57 Girona street. He owned 26 houses in Eixample and the land where the Mercado de la Concepció was to be built was donated by him to the city council.

The Mercado de la Concepció was named after the neighboring church, was commissioned to Antoni Rovira y Trias, an architect who had also carried out the project for the Sant Antoni market. The project was centered around a metallic structure made by the Sant Andreu la Maquinista Terrestre y Marítima industry was inaugurated in 1888.

As we have mentioned, this market is located in the well-known Eixample neighborhood of Barcelona. It is located slightly north of the Ramblas and Plaza Cataluña and just south of Av Diagonal.

Other food markets in Barcelona 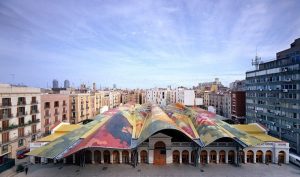 Other things to do near Mercat de la Concepció 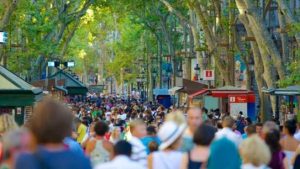 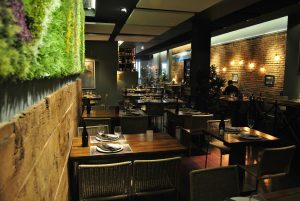 3 Focs – Review 3 Focs or 3 Fires is an elegant, dimly lit traditional Spanish restaurant that specializes in Catalonian-style dishes. The recipes are 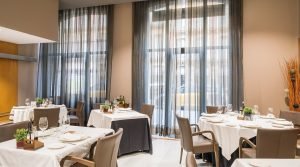 Contempo by Eboca Restaurant – Review Contempo is part of the Eboca group, is located inside the Hotel Catalonia Plaza Catalunya, in the Eixample neighborhood 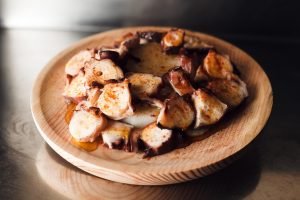 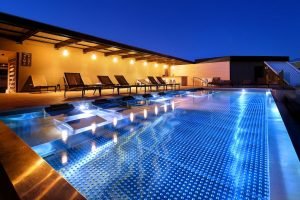 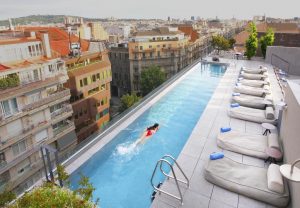 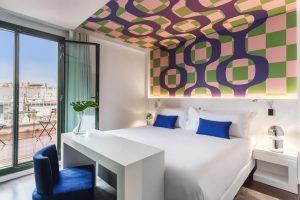