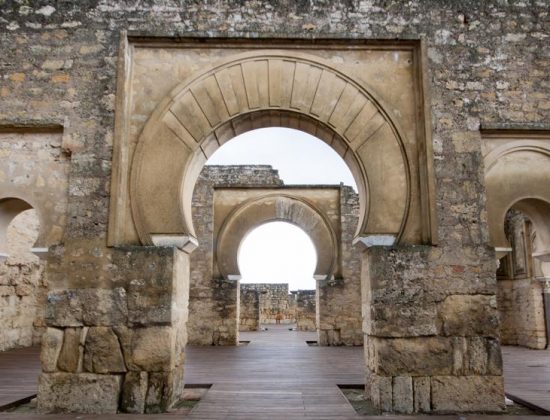 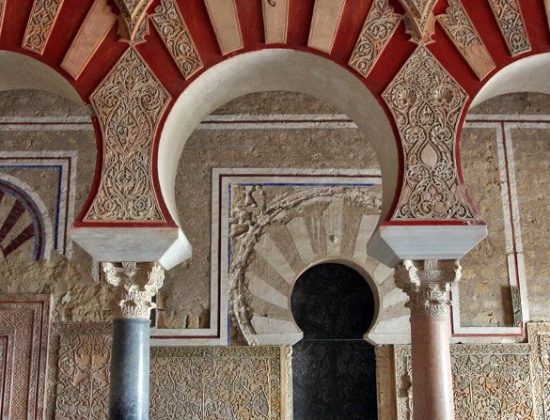 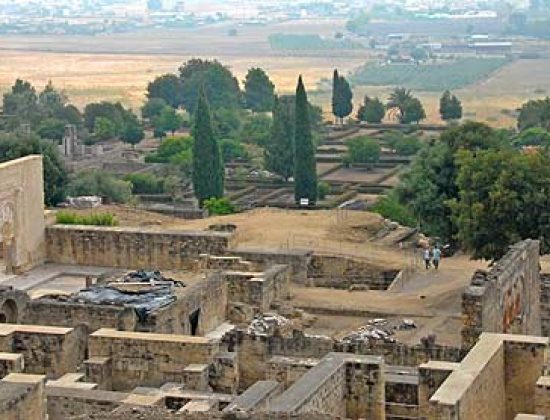 Here stood the palace town of Abd Rahman III, one of the most beautiful examples of arab secular architecture

Located eight kilometers South-west of Cordoba Medina Azahar is an outstanding example of the power, vision and ambition of its founder, Abd Rahman III. Less than one-tenth of the city has been excavated and not all of this is opened to the public.
The numerous buildings were spread over a large area on three terraces on the slopes of the Sierra. These buildings were defended by a double wall that was defended by towers. Construction started in 936 at the suggestion of one of Abd ar Rahman´s wifes, Azahara (the flower), and was completed by 960. The entire court and the council was transferred to Medina Azahara from Cordoba (some 1.200 people)
The lower terrace had the mosque, municipal buildings, stables, and accommodation for soldiers. The middle terrace had gardens and the upper terrace beautiful palaces.
How big was Medina Azahara?
In order to get a good idea on the magnitude of the project, we can mention that 10.000 men were employed for its construction. Some 4.000 columns were used.
The irrigation system for gardens and baths was supplied by a 11-mile long aqueduct.
Why did Medina Azahara not survived?
By 1010 the court had been destroyed by the Almoravide army from Morocco. Their more strict religious attitudes were opposed to luxury.