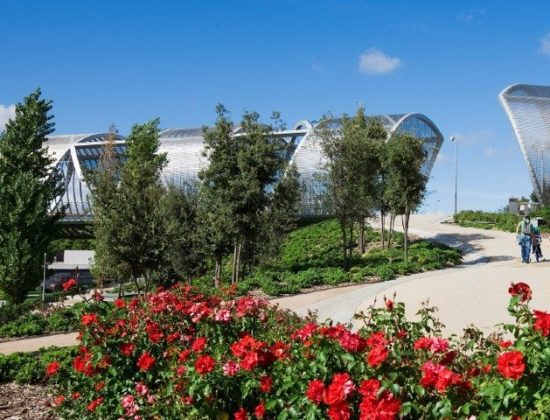 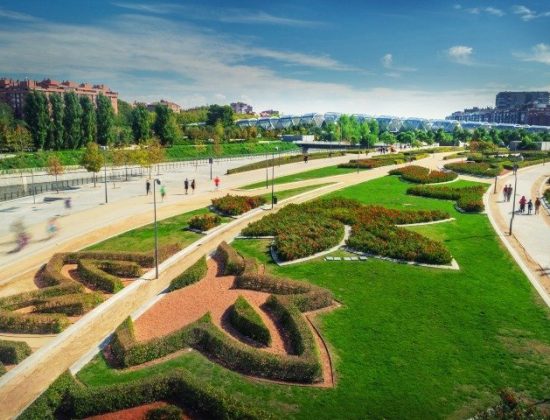 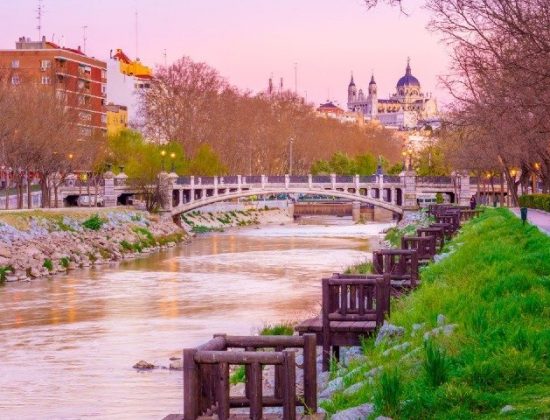 Madrid Rio. The park with the best views in Madrid

Madrid Rio´s very long path starts in the Puente de Los Franceses and runs a few miles until you reach the Matadero area. A large number of trails makes it very pleasant to walk, and by the time you’re done walking one trail or another, it could add up to about 10 kilometers. It offers breath-taking views of the Madrid Royal Palace and the Almudena Cathedral.

On Sundays, a lot of Madrid’s population come to spend time in Madrid Rio with their children, for which there are a lot of slides, swings and even a zip wire, which is one of the most sought out elements by children in Madrid.

The park of Madrid Río gets its name due to the river Manzanares. This green area is a wide corridor of more than 10 kilometers long!. The park is located on both banks of the Manzanares River, in the southwestern part of Madrid. The creation of this park implied a huge effort to the city. Works tood from 2006 till 2010 when it was opened. All efforts were widely paid back. Where the park stands today the M-30 ring road (a six-lane motorway) stood in the past. The road still exists, but it is buried underneath the green area. The park was the ambitious project of major Alberto Ruiz Gallardon. It received lots of criticisms at the time it was executed, but today it has implied a revolution in the lives of hundreds of thousands of madriñeños who enjoy this park instead of the polluted air from thousands of cars on a grey city motorway.

Madrid Rio is located 15 minutes walk from the Royal Palace and Gran Via street. It offers a free plan for families with children. There are many activities in the park; from riding a bike, skating, taking a guided tour or refreshing at any of its fountains… There is even an artificial beach.
Madrid Rio receives many visitors during the weekends, specially on some of the areas where playgrounds stands. We will share below a plan of Madrid Rio to ensure you can decide which areas to visit and which activities to enjoy.

Where is Madrid Rio?

Madrid Rio is located 15 minutes walk south of the Royal Palace and the Almudena cathedral. The closest metro station is Principe Pio (both metro and train station) At Principe Pio you can also enjoy a small but stylish shopping mall.

One of the top attractions in the Madrid Rio park is its bridges: There are 17 bridges that connect the two banks of the Manzanares River. Some of these bridges were built for the park, whilst others existed before the park was conceived. Amongst the new parks, these ones stand out: Matadero (located by the Matadero cultural center) and Invernadero -their vaults are decorated with mosaics by Daniel Canogar–,the Monumental Bridge of Arganzuela, designed by Dominique Perrault, which links the Paseo de Yeserías and the avenue of the Manzanares.

Some of the pre-existing bridges were rehabilitated, such as the Segovia bridge that has recovered the splendor that Juan de Herrera gave it in the 16th century (Juan de Herrera is the famous architect who was in charge of the construction of the famous El Escorial palace near Madrid) , the Toledo bridge or the Rey bridge. These bridges have been adapted and can be used today by both pedestrians and cyclists. In addition, the old dams add special interest and charm since the small locks retain the water and the way they operate is explained with information on posts. 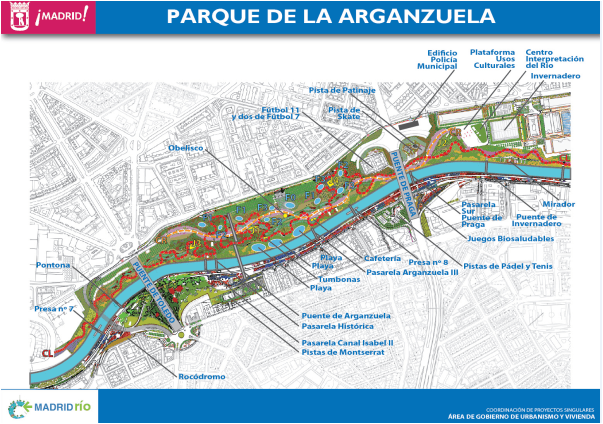 Madrid Rio has a good number of children´s playground areas. All these areas have been designed with care and they are made with all safety measures in mind and using natural elements like wood or ropes. Swings and seesaws are shaped like animals.

In a country with so many miles of amazing beaches like Spain, even a famous song joke (“vaya, vaya, aquí no hay playa….” about the lack of seaside at the country´s Capital. When the heat starts to be felt in Madrid, the area of the artificial beach in Madrid Rio becomes a top highlight despite it is far from being a beach. There are three different areas within this “artificial beach” . The first one is a wide but very thin pool where locals lie to refresh their bodies. The second area consists of water jets that throw water at different heights and with varying effects. The third area in the artificial beach is a pond with clouds of sprayed water. Grass meadows are located next to the artificial beach area and you will find a good number of madrileños and visitors alike enjoying their sunbathe daily sessions.

There are some bars with terraces spread along the park. Our favorite one is the Cafe del Rio. You will also find tables to enjoy a picnic.

Is it worth the visit?

The park is for sure worth visiting and it has become today one of the favorite attractions in Madrid by locals.  Depending on how much time you have, if you travel with children, and your specific trip itinerary, visiting the Madrid Rio area makes sense. In our view, if there is one park to visit in Madrid this is the Retiro park near the Prado museum. But MAdrid Rio is different and if you stay for more than 2 days we would strongly recommend not to avoid it. You can get many hints and recommendations for a trip to Madrid on our city guide.

Other parks in Madrid

You can find below two of the best parks to enjoy in Madrid: they are both romantic and with high cultural value. If you would like more information on the best parks in Madrid we recommend you visit the guide in this link. 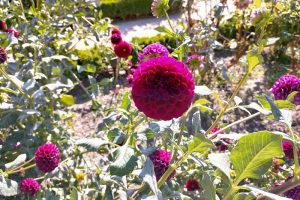 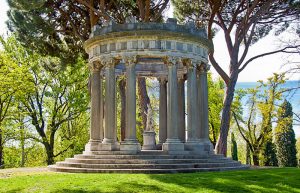 Q Which restaurants are near Madrid Rio

Q What to do near Madrid Rio

Q What hotels are near Madrid Rio