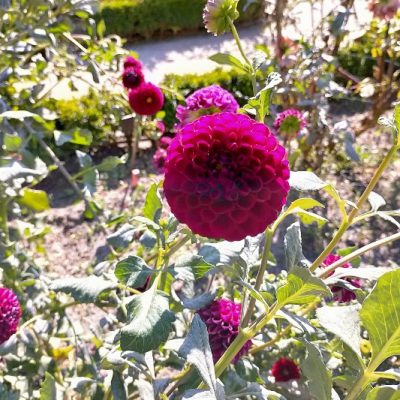 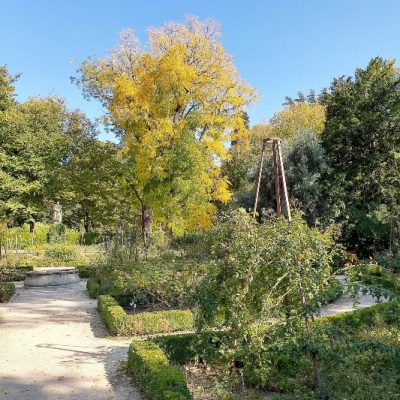 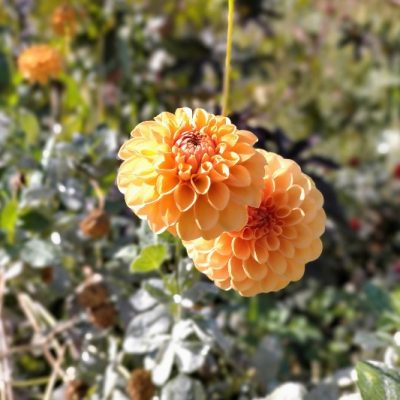 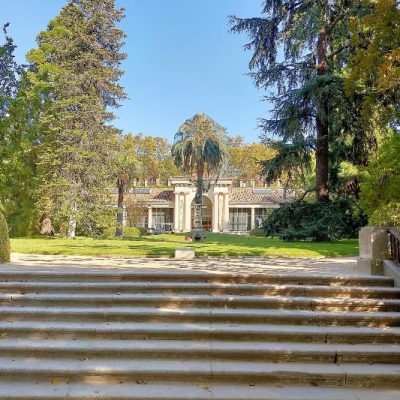 An amazing collection of trees, flowes and plants at a very romantic garnde nright next to the Prado Museum

How long to visit the botanical gardens?

The visit will depend on your interests. If you enjoy the visit as a walk in any other park with stops to enjoy some flowers you will need one hour. Entrance and exit are located at the same gate which implies you will have to visit the whole park (which is not huge) to leave it.

If you would prefer to explore in depth then your visit will last at least 2 hours.

How to get to the botanical gardens?

The gardens are located just next to the Prado Museum towards Atocha train station. A visit to the gardens offers a perfect match with a visit to one of the art galleries in this part of Madrid.

How much is the entrance ticket to the gardens?

The ticket costs 4€ with an extra 2€ if you would like to visit the temporary exhibitions. There are reduced tickets for teachers, students, elderly as well as family discounts.

The botanical gardens are opened all year round with the exception of Chrismast day and New Year´s day. The garde opens at 10:00 and closes at 18:00 (winter season) or 19:00 (summer season)

Is it worth visiting the Botanical gardens in Madrid?

Entrance to the botanical gardens is not expensive and it is a more secluded and romantic garden than the Retiro park.

A visit with children is also highly advisable. Activities to discover the gardens are usually organized for children (treasure hunting) and children will love the small pond at the end of the park on the opposite side to the entrance.

Collection at the Royal botanical gardens in Madrid

The botanical gardens offer 20 acres of natural diversity at the heart of Madrid. With over 30,000 plants and 1,500 trees, the park is organized in 3 main sections:

Terraza de los Cuadros: a collection of box-edge plots which include ornamental, medicinal, or aromatic plants,

Terraza del Plano de la Flor. A collection of trees and shrubs which include the Villanueva pavilion. This part of the garden was designed in the mid-XIXth century romantic English style.

History of the botanical garden

Carlos III, known as the enlighted monarch, decided to create a complex dedicated to science and research in Madrid. The botanical gardens was part of this effort, as it was also the case of the building that hosts today the Prado Museum and which at that time  (18th century) was home to the Museum of natural history. This scientific spirit remains today and as a proof for this the gardens are managed by a scientific institution, the CSIC (Spain´s national scientific institution).

Spain has played a fundamental role in the development of botany and medicine. If we look back into history, the discovery of America brought important consequences to Europe. The most obvious ones were the introduction of potato, tomato and maize, but discoveries were not limited to these and the XVIth century witnessed many studies and as a matter of fact, an expedition by Gonzalo Fernandez de Oviedo y Valdés was the first natural history expedition ever sent out by a government. Fernandez de Oviedo wrote “Historia general y natural de las indias” as an outcome of that expedition.

The XVIIth century brought times of decadence for Spain and the establishment of the botanical garden came late (if compared to efforts in other European countries) and had to wait till 1755, year in which the official word was given for the creation of the botanical garden in Madrid. A few botanist like José Quer and José Ortega were key in the development of the gardens at their original location

It was not till 1781 that the gardens were moved to their current location. Before this move happended, the gardens started to heat with coal the greenhouse of exotic plants and this brought the capacity to raise tropical and subtropical plants in Madrid´s climate.

The move of the gardens to their current location illustrates the importance given to research at the time of Carlos III. Botany was the king´s best hobby.  Great care was put to the design of the botanical gardens, and the teaching of botany was incorporated in the design with the creation of the “Escuelas botanicas” . The budget increased and this was felt in the increase in number of plants.

During the last quarter of the XVIIIth century Spain sponsored 4 important expeditions which included a strong botanical character to its colonies. Spain could have become a super power in botany but the XIX century brought difficult years for science in Spain and much of what was accomplished was left aside and almost forgotten. With the Spanish war of independence in 1808 the gardens were abandoned and it was only in 1857 that a new green house was refurbished. In 1939 the gardens became part of the CSIC.

Q Which restaurants are near the Botanical gardens in MAdrid

Q What to do near Retiro Park

Q What hotels are near Retiro Park