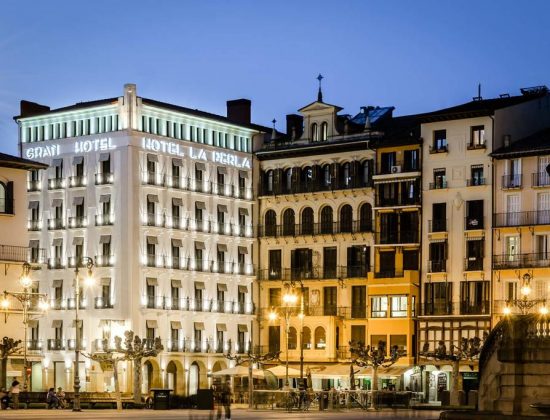 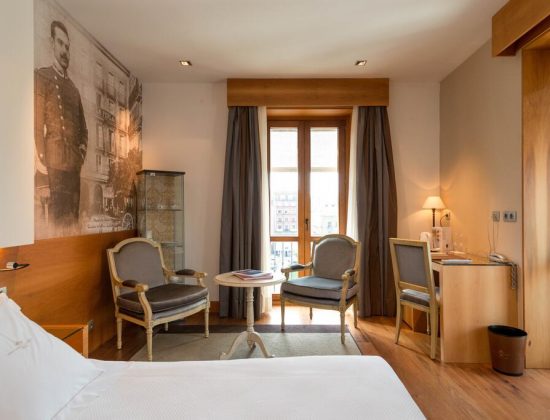 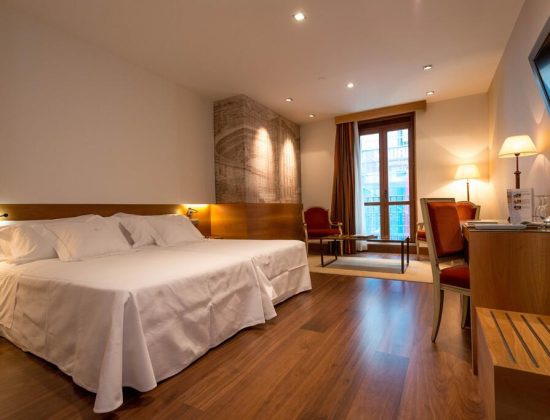 Gran Hotel La Perla is a historic hotel in the heart of Pamplona that has been operating since 1881. The hotel is right in the middle of the historic city center and has hosted important figures like Ernest Hemingway

Gran Hotel La Perla is a historic hotel in the heart of Pamplona that has been operating since 1881. The hotel is right in the middle of the historic city center and has hoasted important figures like Ernest Hemingway (his favorite destination when he visited the city), Charly Chaplin, Orson Welles, and the Aga Khan.

You can look at the old reservations books displaying these famous names, and more. The running of the bulls occurs every year just a few meters from the hotel and the Plaza del Castillo and bullring is just a short walk away. The hotel also features an amazing restaurant that specializes in local Pamplonan cuisine. The comfortable rooms are designed according to different themes, reflecting this hotel’s amazing history.

This magnificent hotel opened its doors for the first time all the way back in 1881. It was run by Miguel Erro and Teresa Graz, both linked to the hotel and restaurant business – he was a cook, she came from an afluent family that ran an inn. The establishment was officially recognized as a hotel, however, in 1888.

The hotel very quickly became well known for the quality of the food they served. The owners were able to get their hands on very high-quality French products. The hotel’s restaurant actually catered to the famous Gayarre Theater and the Betelu spa, frequented by the local aristocracy. The hotel also made frequent appearances in the press because of the numerous fashion shows they held where they showcased the latest fashion from Paris.

In the summer of 1885, Pamplona suffered a breakout of cholera. La Perla was the only establishment that remained open and supplied food to the cities lazaretto (infectious disease hospital).

The founder, Miguel Erro, actually died of the disease a few days after leaving for Betelu, as he used to do in the summer season. His death made King Alfonso XII suspend his trip to Betelu where he customarily spent a few days. Unfortunately, however, the king would also die less than two months later.

The business continued under the direction of the widow, Teresa Graz, with the support of her sister-in-law Micaela Erro. At the time, it was inconceivable that a woman would hold such a position.

Famously, the American writer Ernest Hemingway was supposed to have been a faithful guest of the Hotel La Perla, The hotel is mentioned in two of his novels “The Sun Also Rises” or “Fiesta”, from 1926, renamed the “Hotel Montoya”. The supposed favorite room of the writer, the old number 217 and current 201, is preserved as it was when it would be used by him.

However, this story seems to be 100% true and was actually denied in several writings by Hemingway himself and by other people who accompanied him on his trips to Pamplona. There is evidence of the places where he actually stayed in his nine visits to Sanfermines; a pension on Calle Eslava 5 in 1923, the Hotel Quintana (owned by his friend Juanito Quintana) between 1924 and 1931, the Hotel Ayestarán de Lecumberri (Navarra) in 1953, a house on Calle San Fermín 7 in his last visit in 195

Rooms at the hotel blend the refined opulence of the historic building with all the modern amenities you might want or need. The rooms are decorated in light tones and elegant details.

All rooms are equipped with air conditioning, free WIFI, laundry service, a minibar, Living Room Space, and Smoking Rooms are available. The hotel offers several different types of rooms to cater to all types of travelers.

The hotel’s restaurant is run by chefs Iñaki Andradas and Luken Vigo of the famous Baserriberri restaurant. The restaurant offers a creative and modern take on traditional northern Spainish cuisine. The menu consists of 8 courses and it is available at lunch and dinner. A unique opportunity to enjoy the best Navarre gastronomy in a historical setting in the heart of Pamplona.

Top things to do near Gran Hotel La Perla 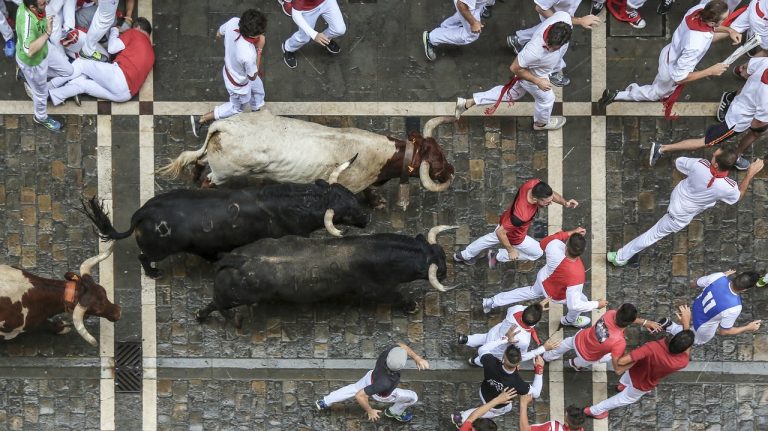 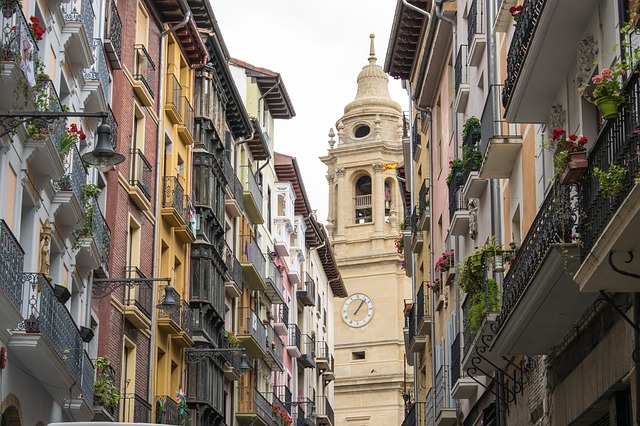 Pamplona is well known around the globe for the running of the bulls that takes place through its streets in July every year. But Pamplona has much more to offer travelers that are willing to take the time to get to know the city. Pamplona and the region of Navarra enjoys a deep and interesting history and a unique local culture unlike anything else in Spain.

Other quality hotels in Pamplona 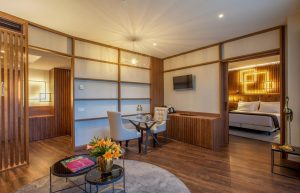 Hotel Tres Reyes – Review This modern hotel is located in the gardens of the Taconera Park, right in the center of Pamplona and close to the Navarra conference center and auditorium. The Tres Reyes hotel is well equipped and is very comfortable and quiet. It features a summer swimming 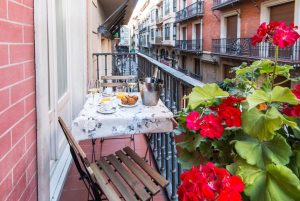 Heart of Pamplona Palace: charming and elegant lodgings in the center of Pamplona