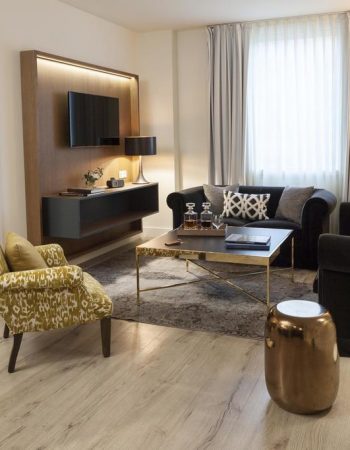 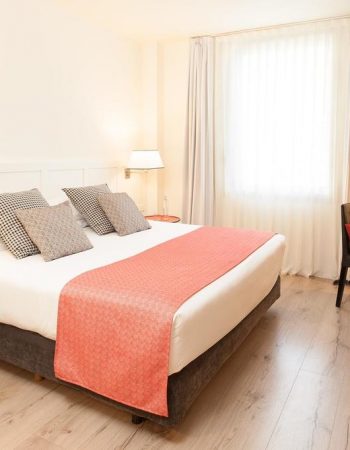 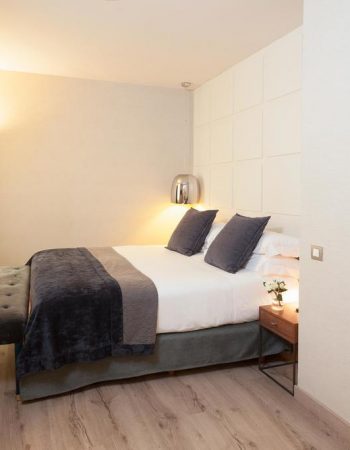 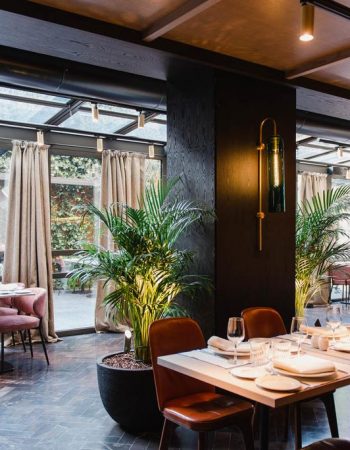 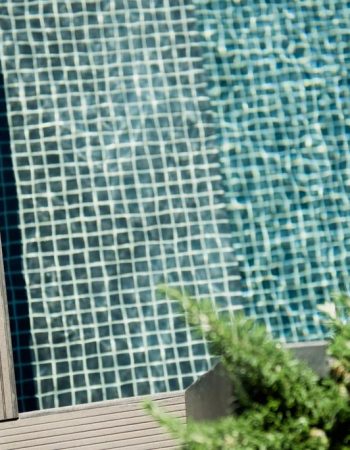 The 4-star Gallery Hotel features a sauna a full gym and a terrace on the roof with amazing views of the city and a pool. The hotel is located right next to the paseo de Gràcia in the center of Barcelona.

The Gallery Hotel is located right next to the paseo de Gràcia in the center of Barcelona and features a sauna a full gym and a terrace on the roof with amazing views of the city and a pool.
The rooms at the hotel are elegant and equipped with air conditioning, free wifi, flat-screen satellite TV, a CD player and a modern bathroom with complimentary toiletries and bathrobes, and slippers.
The hotel restaurant, the Gallery, features a beautiful terrace and gardens and specializes in traditional Mediterranean cuisine. The hotel also has a bar and a cafeteria.
The hotel is located near the gardens of the Palau Robert and is just 3 minutes from Gaudí’s La Pedrera and near the Diagonal metro station which goes directly to the Sagrada Familia. The Passeig de Gràcia train station is just 600 meters from the hotel.

Rooms at the Gallery Hotel are elegant and modern. The hotel’s renovated rooms in 2016, and some of the older-style rooms received fresh decor elements like accent pattern walls and sleek new headboards.

The rooms are decorated with black, bronze, and purple curtains and upholstery, and contemporary furnishings of African rosewood. Bottled mineral water is provided in rooms upon arrival, and rooms are equipped with a (very well stocked) minibars, flat screen television with satellite channels, pillow menus, DVD players, slippers, and toiletries. Deluxe rooms also come with a Nespresso machine. Bathrooms are modern and marble, with shower/tub combos.

Sintonia is the hotel’s restaurant. The hotel is elegant and modern, and well worth a try if you are planning a romantic evening. The restaurant specializes in traditional Mediterranean cuisine, with a modern twist. Chef Pablo Tomás has created a short but wonderful menu filled with delicious dishes that draw inspiration from traditional Mediterranean cooking. The adjacent bar is equally as spectacular and is the perfect place for a relaxing drink before turning in.

The hotel is located right next to the famous Passeig de Gràcia, one of the cities main streets. It is also where two of Guidí’s most famous works are located: the Batlló house and the Milá house, which are just minutes away on foot from the establishment.

Top things to do near Gallery Hotel 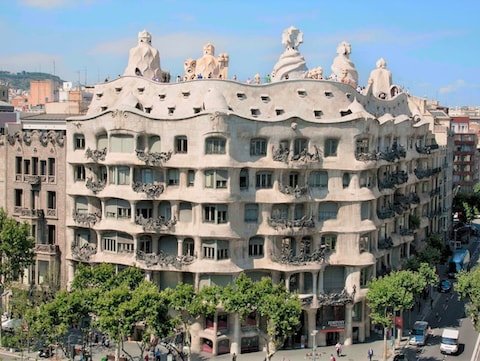 Casa Milà – Review  Casa Mila in Barcelona is a top attraction in the city and one of the most visited buildings in the world.  “Works of Antonio Gaudí” is the category that UNESCO has used to classify seven buildings of the architect in Barcelona as World Heritage Sites. Apart 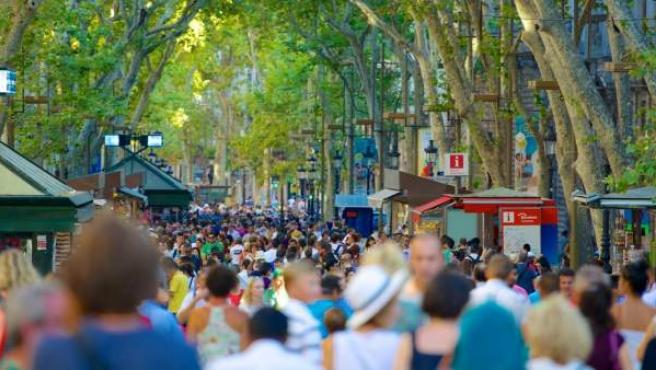 Las Ramblas, Barcelona Las Ramblas is one of the icons in Barcelona. A long street which is a favorite amongst both locals and tourists alike. La Rambla is probably the best well-known street in Spain. This street is both known as La Rambla or Las Ramblas. In this guide to

La Boquería market is the most famous in Barcelona for purchasing fresh products. This emblematic market is located in La Rambla, the most commercial street of the city, so getting there is very easy. It is not surprising that this market is one of the most visited places in Barcelona.

Other quality hotels in Barcelona 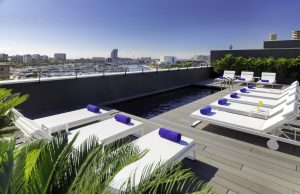 H10 Port Vell 4*Sup – Review The H10 Port Vel is located in the Barceloneta neighborhood in Barcelona, 220 meters from the Port Vell. This 4 -star hotel features a rooftop terrace with a small pool and fantastic views of the city. All rooms are equipped with air conditioning, flat-screen 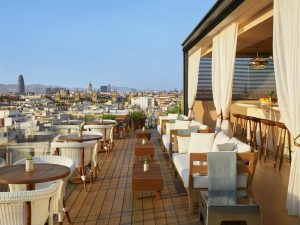 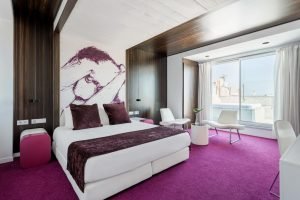 Room Mate Emma – Review The Room Mate Emma has a futuristic design and is just 100 meters from the Diagonal metro station in the center of Barcelona.The rooms at the Room Mate Emma are elegant and sleek and are equipped with free WIFI, digital radio, LCD satellite TV, air 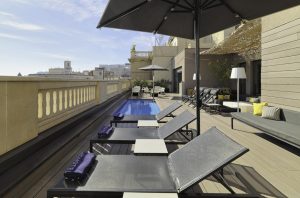