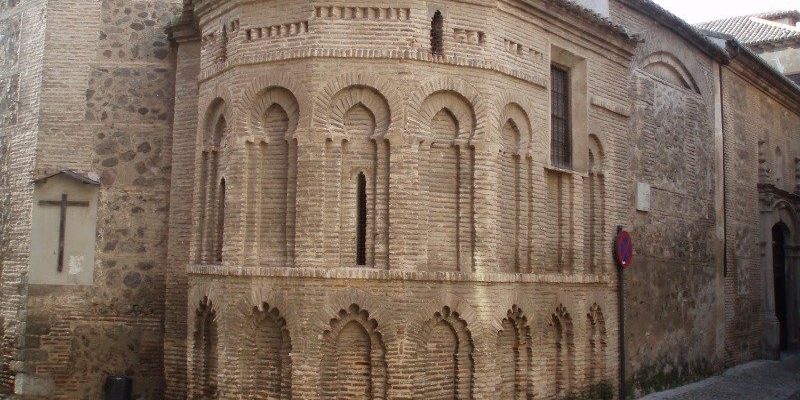 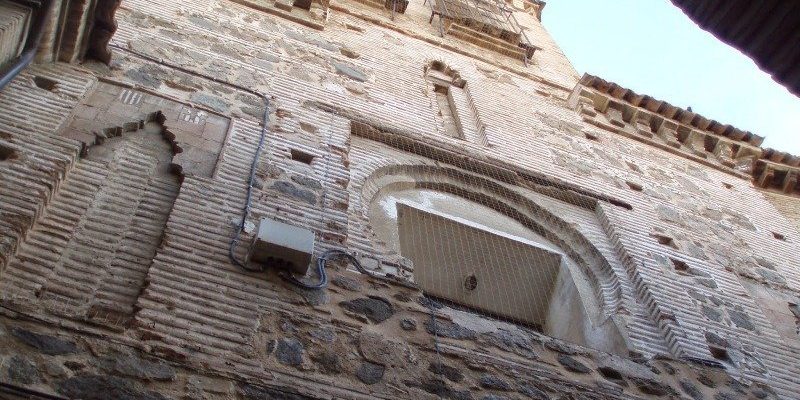 The Convent de Santa Isabel de los Reyes in Toledo, which takes in the Palacios de Casarrubios
and Arroyomolinos, was established in 1477. This is not usually considered as one of the top sights in Toledo, but we believe it is an exceptional landmark for art and culture lovers.  The two palaces were given as a gift
to the convent by Isabella the Catholic. Preserved within are the Patio del Laurel,
which is modeled on the Alhambra, and a few rooms, such as the dormitorio de la
Reina (Queen’s bedroom). The courtyard of the sick-room, part of the Palacio
Arroyomolinos, dates from a later period but is also in Mudéjar style. Integrated into the
church is the former Parroquia de San Antolín, the Mudéjar apse of which survives.

The interior consists of a nave with a Gothic main chapel containing the tomb
of Doña Inés de Ayala. This was made of black and white marble in the second half
of the 15C. There is also a large Renaissance altarpiece of 1572.

La cathedral Primada of Toledo is the Town´s major monument and one of Spain’s cathedrals best examples of pure Gothic style. It contains an outstanding art museum with paintings from El Bosco or El Greco, to name but a few. Any visit to the city of Toledo should include time at the Cathedral. The visitor center is opposite the entrance and tickets can be bought there or get them included in one of the

Synagogue of Santa María la Blanca in Toledo Built at the end of the 12C, it was rebuilt after a fire in the 13C. The interior of the Synagogue has five aisles, divided by horseshoe arches. The capitals are unusual, all being differently decorated with pine cones integrated into a geometrical arrangement. Around 1550 the synagogue was converted into a Christian church and three chapels were added to the end wall. This Synagogue was

Santo Tome, Conde Orgaz Burial in Toledo The church of Santo Tomas in Toledo dates from the 12C. It was rebuilt in the 14C at the behest of Gonzalo Ruiz de Toledo, Lord of Orgaz. The main chapel and the Mudéjar tower date from this time. In the Capilla de la Concepción hangs the famous El Greco painting The Burial of the Count of Orgaz, 1586-8. Average customer review Score for Santo Tome, Conde 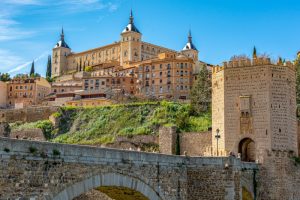