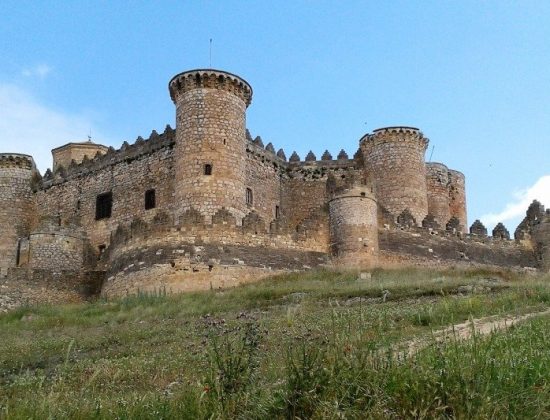 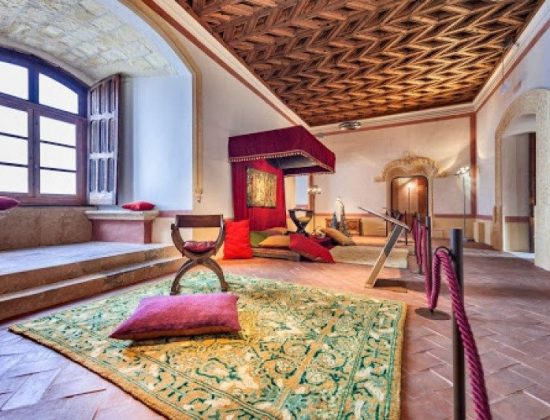 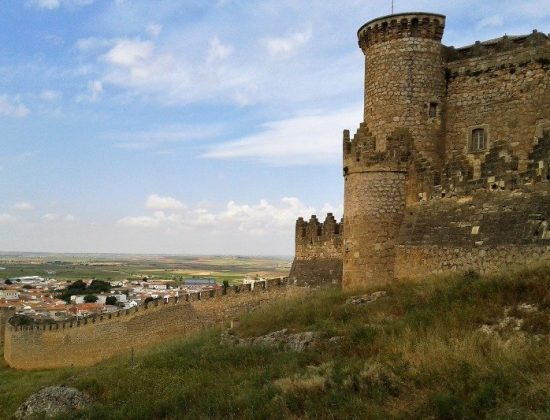 Comprising three squares buildings, the Belmonte Castle is the quintessence of what a castle should be like. The three buildings form a courtyard in the shape of an equilateral triangle. In the middle of this triangle, there is a fine gothic fountain.

The walls of the Belmonte castle descend to the town. They have towers, embrasures, and parapets.

The castle of Belmonte was declared a national monument and it is one of the best-preserved buildings of its sort in Spain. The rooms, windows, chimneys, parapets, and courtyards are all very interesting.

Located on the top of the hill known as the Cerro de San Cristobal just next to the village of Belmonte, from where the castle takes its name. Belmonte is a historic village located in the province of Cuenca (home of the hanging houses, one of Spain´s top attractions). Belmonte is also part of the route of Don Quixote and a great stop whilst you may enjoy the beautiful Don Quixote windmills.

Built as a palace and fortress, the Belmonte castle was a royal residence, but also in later times, a jail.  This is with no doubt one of the most impressive castles to visit in Spain: it is a travel to ancient times, and you will be delighted by the grandeur of its rooms, with special attention to its ceilings.

Don Juan Manuel, a famous writer, and warrior was responsible for building the defenses of the castle.

The Belmonte castle can be visited. The tours are very interesting. You may also prefer to opt for a tour from Madrid which includes also the route of Don Quixote.

Many famous Spanish films have used the Belmonte castle to shoot: The Lord of the rings, the Cid, Juana la Loca or El Caballero don Quijote have all made use of this fantastic castle. Once you visit it and get inspired by its shape far in the horizon you will understand what has taken so many directors to get in love with it.