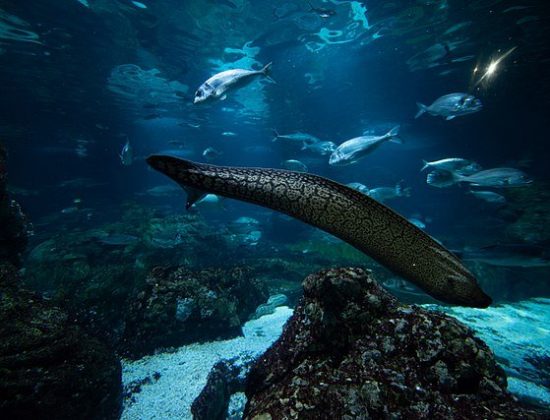 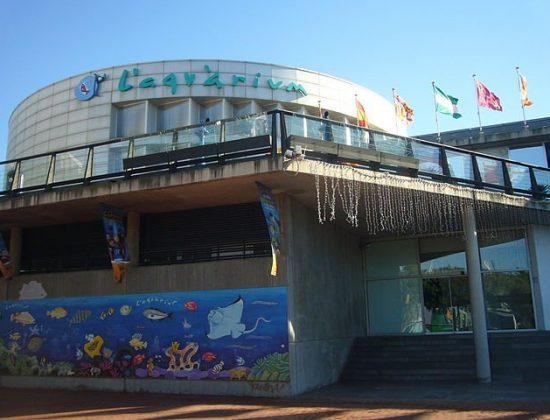 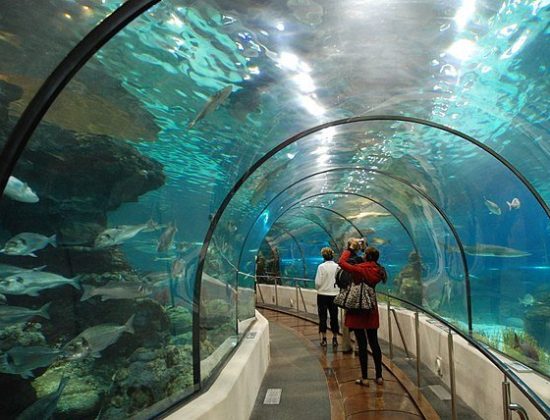 The Barcelona Aquarium, or as it is known in Catalonian, L’Aquàrium de Barcelona, is located on the cities old commercial port. It is the Barcelona’s only Aquarium and one of the most impressive in all of Spain and a top family attraction. It is also the top aquarium in the world when it comes to the conservation of the Mediterranean Sea. In 2015 alone the Aquarium was visited by over 1.5 million people! Making it the 4th most visited attraction in Barcelona behind the Sagrada Familia, El Park Güel, and the FC Barcelona Museum.

About the Barcelona Aquarium

The center was opened in 1995 and features 35 different enclosures that are home to over 11 thousand animals and over 450 different species.

This is the largest enclosure at the aquarium, holding over 3,7 million letters of water and measuring 36 meters in diameter. The oceanarium famously features a subaquatic tunnel of 80 meters that guests can use to fully immerse themselves in the animal’s habitat.

This enclosure holds some of the most emblematic species that can be found in the Mediterranean sea. From Morey eels to moonfish, to sea bream and rays all the way to bull sharks and brown sharks and other lesser-known species like the angular rough shark, the bluntnose sixgill shark, and the common guitarfish, all of which are endangered species.

The complex features 14 aquariums dedicated exclusively to Mediterranean species and recreates some very unique habitats of the Mediterranean coast such as the Ebro estuary and the Medas Islands.

There are several smaller aquariums that play host to some of the tinier residents of the complex. Here we will find sea urchins, sea horses and sea dragons, and some spectacular coral colonies.

The Aquarium is also home to 7 different tanks that highlight the ecosystems of the Red Sea, the Great Barrier Reef, and the Caribbean Sea. The most poisonous animals also get there own exhibit as do the tropical sharks. ​

Before exiting the aquarium, there is one last amazing exhibit that is organized in its own particular way. This exhibit is meant to highlight animals that have adapted and specialized to different underwater conditions and environments. In the center, you will find an enclosure that is home to shallow water dwellers such as rays. Overhead there are animals that have physically changed to adapt to their environment, like cuttlefish and octopus that can expertly camouflage themselves or Nautilus that have developed thick shells to protect themselves.

There is also a section of the Aquarium dedicated to the younger guests named Explora. This interactive area allows children to enjoy a more hands-on experience.

Where is the aquarium in Barcelona?

The Barcelona Aquarium is located in the cities old port or Port Vell, right in the center of town.

How much is the Barcelona aquarium?

Tivkets for theBarcelona aquarium come out to 16€ for adults, 11€ for kids between 5 and 10 and just 3€ for kids 4 and younger.

How much time should I spend at the Barcelona Aquarium?

If you want to get the full experience, set aside at least 4 hours to get the most out of your visit.

How to get to the Barcelona Aquarium?

The Barcelona Aquarium is located right in the center of town and you can easily walk if you are staying anywhere in the Barcelona city center.

There is also  a Metro station very near by if you prefer to take public transportation. The Barceloneta metro stop is just 5 minutes by foot from the Aquarium. Bellow you can see an example of how to get to there from the Sagrada Familia which is slightly outside the city center:

Other zoos and aquariums in Spain 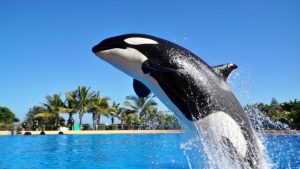 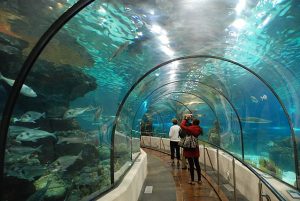 Overview  The Barcelona Aquarium, or as it is known in Catalonian, L’Aquàrium de Barcelona, is located on the cities old commercial port. It is the 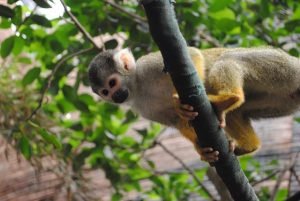 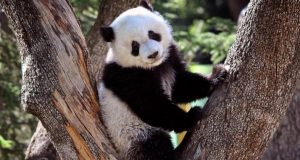 L’Oceanogràfic or El Oceanográfico in Spanish is part of the City of Arts and Sciences of Valencia but deserves special mention on its own. The giant