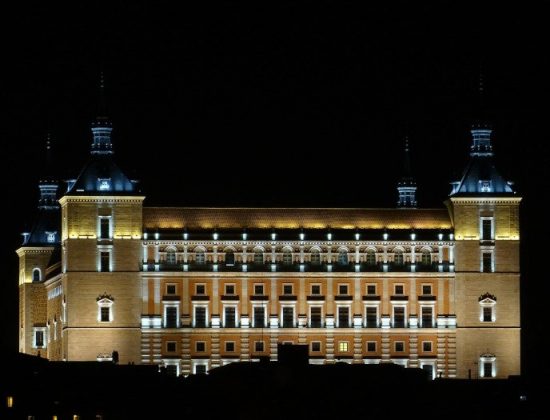 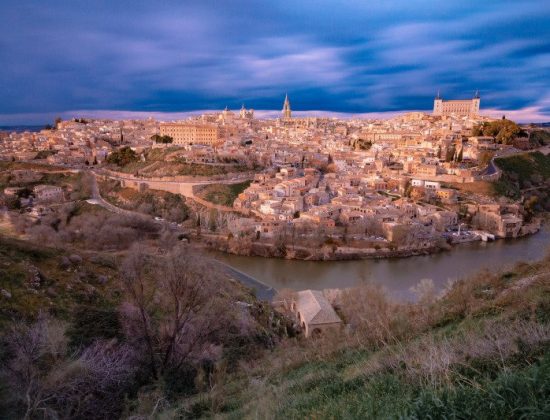 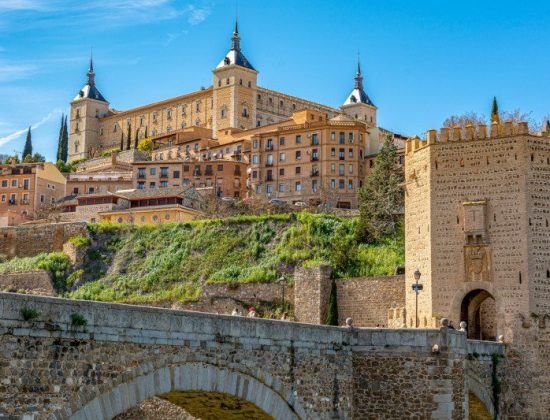 The Alcázar of Toledo is the fortress that presides over the city of Toledo. Built at the highest point in the city it is currently is an important government building and contains the war museum of Toledo.

How long to see the Alcázar of Toledo?

What is an Alcázar?

Alcázar is the Arab word for castle or fort. The word is still i use in Spain and you will be able to find an Alcazar at some of Spain´s top destinations. Amongst the most famous Alcazares in Spain you can find the Alcazar of Segovia,  the Alcazar in Seville, the Alcazar in Jerez de la Frontera or the Alcazar in Cordoba
The Alcázar of Toledo has been the military and strategic heart of the city of Toledo ever since the Romans first built a garrison on the site where the Alcázar currently stands.

What style is the Alcázar of Toledo?

There have been many different iterations of the Alcázar over the centuries. The current building, however, was built in the Herrerian style. Juan de Herrera is Spain´s most famous architect responsible for the Royal Palace of Aranjuez, the Plaza Mayor of Madrid and the El Escorial monastery.

The witness of fires and wars

The massive structure of the Alcazar of Toledo stands at the highest point in the city. The current structure was first developed following restoration by the Christians, particularly by Alfonso VI and Alfonso X “the Wise”. At that time we find already the Alcazar with its square ground plan and four corner towers. During the XVIth century, Charles I commissioned the famous architect Alsonso de Covarrubias with the building of the eastern façade, with its plateresque portal and the Northern façade. The southern façade was built following the plans of Juan de Herrera.

The Alcazar burnt down in 1710 and during the French invasion, it was also burnt in 1810. It took a bit of time to rebuild the fortress and reconstruction started in 1862 and ended in 1882. But yet again fire destroyed the building in 1887, only five years after having been rebuilt!

At the time of the outbreak of the civil war, the Alcazar was occupied by the military Academy. In 1936 it was totally destroyed during the war and later rebuilt.

The most interesting architectural elements of the Alcazar today are the arcaded court with Corinthian columns and built-in two floors. The main facade is also of interest, with decoration in its windows and balustrades.

History of El Alcazar of Toledo

The Alcazar has been an important strategic location since the 3rd century AC, when the Romans built a fortress in the same location. The Alcázar was rebuilt under Charles I (also known as Charles V, Holy Roman Emperor) and his heir Philip II during the 1540s.

Toledo has been a site of great importance to the history of Spain and the Alcázar was the political and military heart of the city. The city of Toledo was declared the capital of Spain in 1519 and remained as such until 1561 and during this time the Alcázar of Toledo was essentially the countries main government building. The Alcázar was the site where Charles I received the “conquistador” Hernán Cortés after he returned from South America having conquered the Aztec empire.

During the Spanish Civil War, the Alcázar was again a site of great strategic value and was used as a military base. The famous siege of the Alcazar is one of the important moments in the history of the Spanish civil war.  Most of the fortifications had to be rebuilt after the conflict because of the damage the building received. The Alcázar was the focal point of an infamous siege during this time when troops loyal to General Franco barricaded themselves within the citadel and held of Republican troops for 2 months until re-enforcements arrived.

The Alcazar today: The Army museum

Paying attention to the history of this building, it comes as no surprise that today it holds an important army museum. The museum actually occupies two buildings: The immense Alcazar and a new building next to it. The building of the Alcazar is used to hold the permanent exhibition of the army museum. There are a total of 21 rooms or sections Thirteen of these sections are dedicated to specific collections from the army. The remaining eight collections are dedicated to illustrate a history through a time of the Spanish army and its military endeavors.

If the visitor had still time, the recently built building holds temporary exhibitions (besides administrative areas, an auditorium, library, cafeteria, stores, and the workshops where all the restoration work takes place.

Alcazar of Toledo. Is it worth the visit?

In our opinion, unless you are really interested in military history or you plan to spend more than two days in Toledo we would not recommend visiting the Army museum at the Alcazar of Toledo. The visit will take you at least three hours, too much time if you visit Toledo just for one or even two days bearing in mind all the other attractions Toledo offers.

Things to do in Toledo near Toledo´s Alcazar

La cathedral Primada of Toledo is the Town´s major monument and one of Spain’s cathedrals best examples of pure Gothic style. It contains an outstanding art museum with paintings from El Bosco or El Greco, to name but a few. Any visit to the city of Toledo should include time at the Cathedral. The visitor

Santo Tome, Conde Orgaz Burial in Toledo The church of Santo Tomas in Toledo dates from the 12C. It was rebuilt in the 14C at the behest of Gonzalo Ruiz de Toledo, Lord of Orgaz. The main chapel and the Mudéjar tower date from this time. In the Capilla de la Concepción hangs the famous 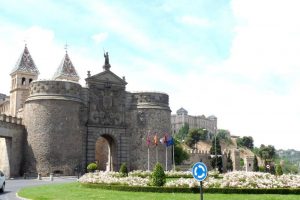