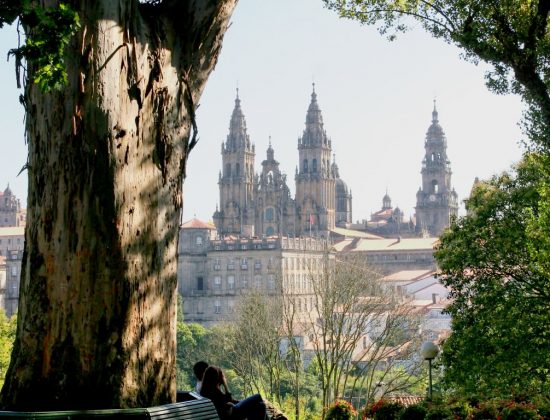 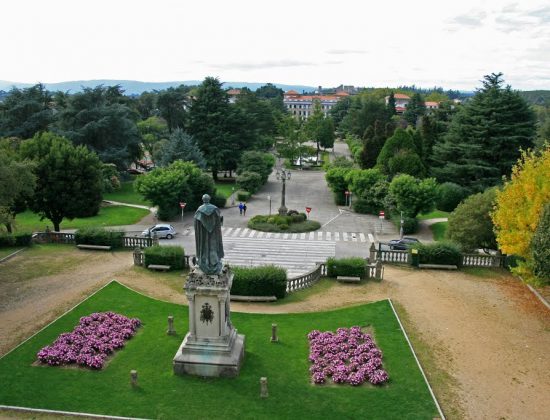 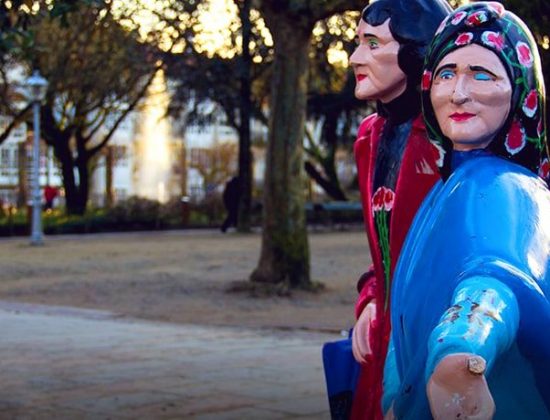 There are many Parks in Santiago de Compostela and, as a matter of fact, you will be able to spot greenery from many of the streets of the old quarter.

Out of all the parks, la Alameda, as locals refer to it, is probably the most accessible and interesting for tourists. It is very close to the Cathedral of Santiago and the old quarter. It is probably its privilege location, with spectacular views of the beautiful western façade of the Cathedral, bring many tourists seeking fresh air and a bit of urban nature.
The Alameda park in Santiago consists in reality of 3 parks: Paseo de la Alameda, Carballeira de Santa Susana and paseo de la Ferradura.

A complete tour of the park will take you some 30 minutes.
One of the highlights of the park is the sculpture of As Marias. This is, after the Cathedral and Plaza del Obradorio, probably the most photographed attraction in Santiago de Compostela. We recommend you get to visit As Marias and take yours! The sculpture portraits two sisters whose family was prosecuted during the Franco regime. The 2 sisters used to stroll in the Alameda park with colorful dresses that stand out at that time. They would always take their daily walk at 2 pm. It is believed that they suffered from some sort of mental disorder, and they used to tease university students. They were very much loved by locals, and after their death, a colorful statue was put in the Alameda park.