How to make traditional Valencian Paella

Valencian Paella might not be what you expect. Perhaps when you hear or read the word paella you think of yellow rice, a wide shallow pan, and a bunch of seafood perched on top. This is similar to true Paella from Valencia but at the same time not exactly.

Paella is a dish that originated in the wetlands of the Albufera on the outskirts of Valencia. Authentic paella from this region is a reflection of the indigenous ingredients that can be found and traditional cooking methods used by farmers of the area. Let’s see how it’s done.

First, what is paella?

Paella is a Spanish rice dish that originated in the marshy estuary of the Tajo river, in an area known as La Albufera, outside of Valencia. This area is perfect for growing rice. People have been growing rice in this region since it was brought to the peninsula by Alexander the Great in the year 330 BC, after taking the crop from India. 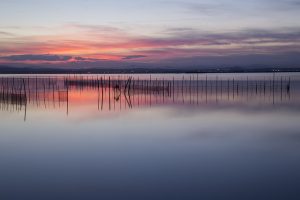 Paella started out as a workers meal that would be prepared in the fields with rice and basically anything that they could get their hands on. From there the recipe has been perfected and fine-tuned, resulting in modern-day Paella.

What is Valencian Paella then? 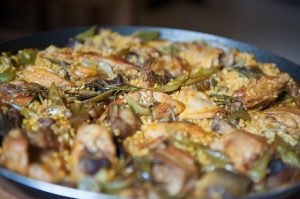 Other permitted ingredients are garlic, artichoke, duck paprika, snails, and rosemary. Again, no seafood, unless you count the snails. These are all ingredients that can be found in the Albufera of Valencia, and what those first farmers who worked the fields would have used to make their rustic paellas.

So by strict definition, these ingredients are what make a paella traditionally Valencian.

Then there is the matter of how to cook the paella. First off you will need a proper paella pan. In actuality, the pan in which you cook this dish is called a paella, the rice dish is named after the pan in which it is cooked. People mostly call the pan a Paellera or a Paella pan nowadays, but, if you want to get snooty about it, this is technically incorrect.

Your paella pan should be wide, shallow, and have two handles on either side. This shape will allow the rice to cook evenly and not stick together. The pan is also traditionally iron and black. 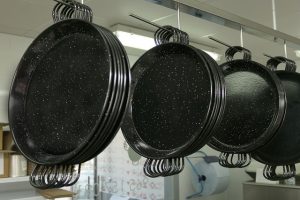 Now, this step will be almost impossible to complete for most, but it’s worth mentioning. Traditional paella is cooked outdoors, on an open fire. There is absolutely nothing wrong with cooking paella indoors or on a grill but this is the traditional method.

If you decide you want to cook your paella outdoors however and you want to go for the gusto, try to get your hands on orange (another common Valencian crop) tree wood, which is the kindling used in Valencia. Orange tree wood has a very particular smell and flavor, and the smoke gives the dish another dimension.

What rice should I use?

Rice is the main protagonist of the paella. In paella, the grains are cooked until they are loose. There isn’t a big difference in flavor between most rice varieties but you want a grain that maintains its structure absorbs flavors and aromas from of the ingredients. Overcooked rice (called empastrat in Valencian) loses its ability to retain flavors and aromas.

The rice in the paella should have two characteristics to take into account: the first is its ability to absorb water and the second is its resistance to bursting during cooking. Medium-sized rices are the most used in paellas (between five to six millimeters).

Most cooks use either Calasparra rice (originally from Murcia) or Bomba rice to make paella. If you can get your hands on Valencian rice with designation of origin even better. Bomba is the most commonly used variety of rice for Paella because it best maintains the two properties mentioned before, it absorbs water without turning mushy and does not break easily.

In Valencia, the rice is poured into the paella pan once the water is boiling. Rice is usually cooked initially with a bit of salt. Rice grains have very low sodium and it tends to absorb it from the “broth” by osmosis.

Most varieties can cook this way for 15 to 20 minutes. It is important to distribute the rice well as soon as it is added to the stew, because if it is stirred afterward it will break, releasing starch into the dish, causing the grain to explode (slatat in Valencian).

The proportion of water for cooking depends on the type of rice, but in most cases, it is usually between two and a half times (to three times) the volume of rice used. After the strong boil, the last 5 minutes are usually left off the fire.

If you are cooking outdoors the heat control will be more difficult so take this into account. 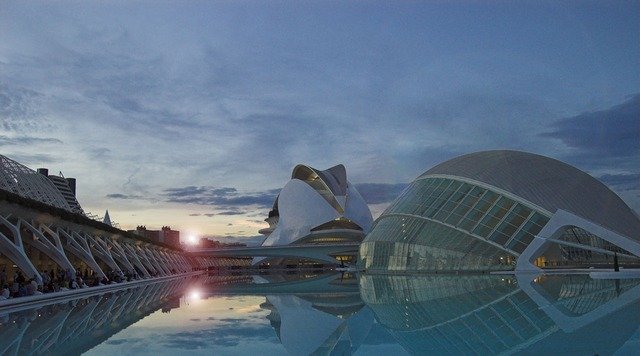 La Ciudad de las Artes y las Ciencias is a large complex dedicated, as the name indicates to the arts and sciences. This complex features 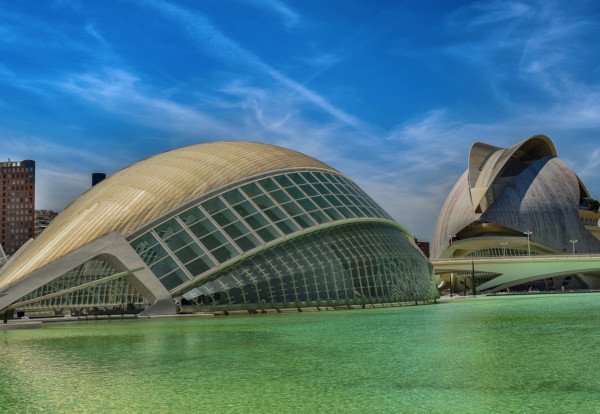