The seed of FC Barcelona was planted in 1899. A Swiss football fan, Joan Gamper, who lived and worked in Barcelona took out an ad in a local newspaper known as “Los Deportes”, expressing his interest in forming a football team in the city. 11 players showed who would become the first official squad of the Futbol Club Barcelona.  In 1909 the team would purchase their first stadium the Camp de la Indústria pitch as a way to generate steady income for the team and in the same year the team held a “design the teams logo contest”. The winner Carles Comamala, turned in what would be the team’s logo to this day, with only minimal changes. The team slowly began to become a symbol of Catalonian pride, a region that has always had a rocky relationship with the rest of Spain. 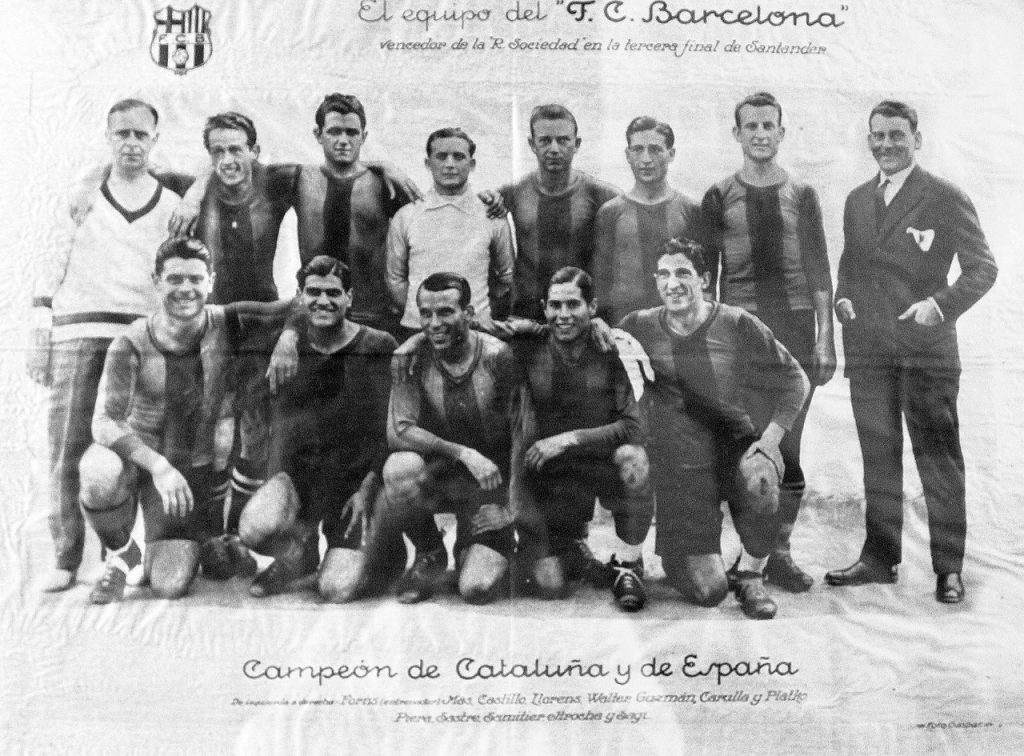 In a gesture to further their image as “Catalonia’s” team they changed the club’s official language from Spanish to Catalan. For many fans, participating in the club had less to do with the game and more with being a part of the club’s identity. Soon the club amassed 20.000 members which allowed the club finance a new stadium in Les Cortes that seated 22.000 (later the stadium would be expanded to seat 60.000). The team then hired their first manager and began to win on a more consistent basis. During this first period in its history Barcelona won a total of 6 Copas del Rey.

When the civil war broke out in Spain in 1936 the Club suffered greatly. Players and supports alike were directly involved in the events of the war, many enlisting to fight against Franco in the war. The club was openly opposed to the Falangist movement of Franco and suffered greatly for it. Franco’s government imposed sanctions on the team, removed all symbols of Catalonian pride including the flag on the team shield, the “Catalonian” names of certain players were changed to their Spanish equivalent, the team name was changed to Club de Fútbol de Barcelona (CF Barcelona), the government even used intimidation tactics to force the team to lose key matches. The pro-separatist owner, Josep Sunyol was murdered by Falangist troops, the team offices were hit after the aerial bombing of Barcelona and the club members dwindled to about 3000 members. This was the darkest period for the club, but they were still able to win and attract legendary players like László Kubala, considered to be one of the greatest, if not the greatest player in club history.

FC Barcelona and their supporters earned the reputation of being the team of the resistance and gained a lot of support, particularly on an international level. The team and its supporters continued to represent a pro-independence, anti-Franco spirit. One anecdote that stand out in the clubs history occurred in 1951 when the thousands of supporters after a match refused to take the tram back into the city, choosing to the rain instead in support of the local tram-workers who were on strike against the authorities.

During the 50’s the team was successful on the pitch racking up several national championships. During the 60’s the club set out to build a brand new stadium: the now emblematic Camp Nou. The investment, however, hurt the team on the field, as the team had less money to invest in players.

Things picked up during the 70’s, first with the signing of one of the teams greatest players Johann Cruyff in 1973. Cruyff would go on to win two Ballon d’Or and the team won 2 Copa’s del Rey. In the 80’s the team kept rolling with the signing of Diego Maradona for a record-breaking £5 million. 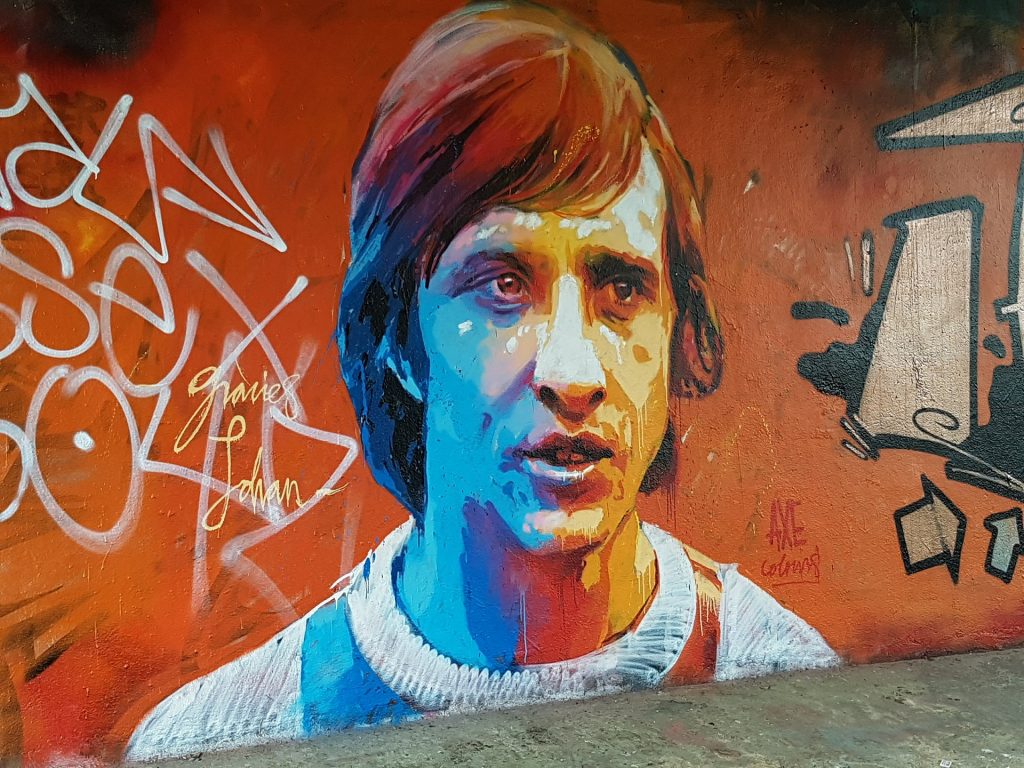 Then in the 90’s Barcelona’s golden era began. Johan Cruyff would return, this time as team manager, and would be the one who reaped the benefits of an investment the team made years before. FC Barcelona had invested in a farm team, to develop young talent known as “La Masia” some years earlier. The first generation of graduates coincided with the return of Cruyff. Among this class of young footballers was Pep Guardiola, who not only would become one of Barcelona’s legendary players, he would also become one of the best team managers FC Barcelona ever had. During this period Barça revolutionised football. Their philosophy is known the world over as ‘Total Football’, a style of play in which players have complete freedom to move across positions while the underlying structure on the field is maintained by others who replace him.

Since then this has become the style that defines FC Barcelona. During the 90’s the team won 4 La Liga championships (1991-1994), the European Cup in 1992, the 1990 Copa del Rey and a number of other large competitions.

The team has had continued success ever since, going on to win 24 Spanish league titles, 28 Copa’s del Rey and 5 Championship Leagues and continuing to attract world class talent like Iniesta, Xavi, Lionel Messi, Luis Suarez and Neymar.

Another big reason for the team’s popularity is that it is one of the few pro teams in the world that is still owned by the Club members. The team is technically owned by over 170k due-paying supporters who elect a president to run the team. No rich investors only supporters. The club only operates with the money it earns through games, television rights, merchandise, etc.

For the city of Barcelona, the club is “more than a club” (an expression very often used to describe the club.  The Stadium is not only one of the top touritst attractions in Barcelona, but also one of the elements to advertise the town! 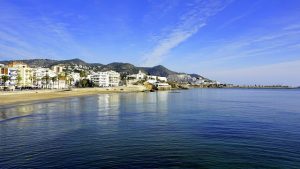 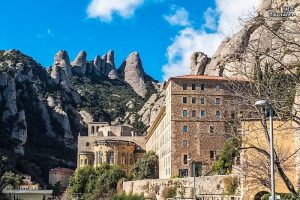 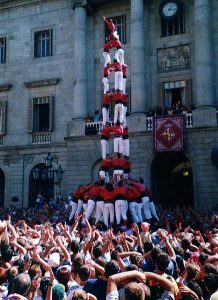