The ultimate guide to el Hierro

Think of the soccer or baseball stadium of a mid-sized team. You will probably be able to get all the population of El Hierro inside such a stadium. With not much more than 10,000 inhabitants, el Hierro is also the island that receives fewer tourists in the Canary Islands.

So many “records” are good news for the rare visitor to El Hierro. The island holds also the record of having almost 60% of its surface protected due to its natural value. El Hierro is since 2000 a Unesco biosphere reserve  and the island proudly illustrates the example of a green energy island where fossil fuels are not used. The installation of hybrid wind and a hydro system produces 11,5 megawatts, enough to provide power supply for its population plus a similar number of tourists.

Best of el Hierro in a nutshell

Where is El Hierro?

El Hierro is located to the southwest of both La Palma and La Gomera. For centuries it was considered to be the end of the world. The Greek astronomer Ptolemy marked El Hierro as the cero meridian (where else to put it if this was the end of the world!) and this stayed as such until in 1883 the meridian was moved to Greenwich in the United Kingdom.

Things to enjoy in El Hierro

El Hierro is not an island where you will be able to stay at large resorts or enjoy partying till late at night. This is an island where you can breathe fresh air and slow down. The Paseos Reales offer excellent hiking opportunities, diving in clear waters, excellent fishing for those who enjoy fishing, and, as an extension, good local food, and even wines.

Diving in el Hierro. Though El Hierro may not be known as one of Spain´s top diving destinations, its popularity has increased in recent years and you will be able to find diving centers. Both la Restinga and Timijaraque are the main areas to enjoy responsible diving. Waters in La Restinga are part of a natural reservoir and the overall water temperature in El Hierro is higher than in the other islands in the archipelago. This implies you will be able to enjoy some tropical species here not found in the other islands.

Hiking. If you enjoy walking you will be pleased with the many walking opportunities offered by El Hierro. Most routes are well maintained and signposted. Since public transportation is not well developed you will however need to rent a car to reach some of the “Caminos”.

Towns and villages in el Hierro

Valverde. This is the capital of El Hierro. It has some 2,000 inhabitants, which makes it the smallest of all capitals in the Canary islands. But it is the capital located at the highest altitude, being some 600 meters above sea level (Valverde is actually also the only capital not located by the sea. It usually gets chilly at night due to its altitude. There is not much to do in Valverde but there is an interesting church (Santa María de la Concepcion) and a museum (Casa de las Quinteras ethnographic museum) and also some good restaurants.

Tamaduste. Locals from Valverde come to Tamaduste to enjoy the sea and eat good fresh fish.

Timijaraque. The Parador Nacional hotel is located here. Clear waters and waves for those that enjoy surf.

Isora. Located at 1,000 meters high, Isora offers a fantastic viewpoint to enjoy views of El Hierro. There is a hike from Isora to the coast (this is a hard hike) The local buses from Valverde to La Restinga stop at Isora.

La Restinga. Most locals from el Hierro will describe La Restinga as their favorite town in El Hierro. La Restinga cannot be considered as a tourist resort, but it is the place where most tourists head to. La Restinga probably offers the best waters to scuba dive in el Hierro. Waters are clear and fresh fish arrives daily to its port. A fish meal is a must in La Restinga and there are many restaurants that specialize in fish. At 20 minutes drive from la Restinga you will discover Caña Tacorón. Great swimming and probably the best snorkeling in El Hierro. Besides, there is a lovely open-air restaurant that overlooks the bay.

Sabinosa. This is probably the most beautiful village in el Hierro and you will be able to enjoy some traditional houses. One of the most famous hikes in El Hierro start from Sabinosa and it leads all the way up to La Ermita de los Reyes (not the easiest walk you can enjoy in El Hierro though).

Despite el Hierro means iron in Spanish, it is commonly accepted that there is no connection between the name of the island and the metal. It seems the name of el Hierro comes from Hero in local language, which means milk, but this is only a theory and the actual origin of the name is a mystery.

The island´s economy depends on agriculture, fishing, livestock farming and tourism. Tourism has the least weight when compared to the other islands in the archipelago.

The top animal highlight in the island is the giant lizard (one of the most fantastic animals in Spain). This species was thought to had disappeared in the 1970s but when it was rediscovered a conservation program was put in place. They can be found in the area known as Fuga de la Gorreta though as they continue to be endangered tourists can best enjoy them at the conservation area of Las Puntas. The giant lizard of el Hierro can measure up to 75 centimeters.

On the side of trees and plants, there are small beech and laurel forests but the juniper tree is the island´s top attraction (besides the Garoe tree – see below in history of the island for more details on the Garoe tree). Juniper trees can be found in the southwest of the island in the Bosque encantado del Sabinar. The trees have strange shapes due to the very strong winds and this provides a flair of mystery to the area.

The island was conquered by the Spaniards in 1405 and when they arrived the Bimbaches (the local inhabitants) were described as peaceful. As is the case in the history of the Canary Islands, the origin of those first settlers is not clear.

Probably the most famous story of el Hierro is one of a tree, water, and love. There is no river in El Hierro and water supplies have always been an issue (this is why today the wind and water energy system also takes care of transforming salty water into drinkable water.

The Garoe tree is a tree that collects water from moist that condensed in the area and provided water to nearby wells. This helped the local Bimbaches when it did not rain for long periods of time. The legend says the Spaniards considered leaving the island due to the lack of water but discovered that the bimbaches got the water from the tree. They got to learn of this through Teseida, a descendant of a Guanche king, who shared the location of the tree due to her love with a Spanish soldier. The Spanish invaders ultimately came to control the tree and cut it.

A new tree was planted and it is one of the top tourist attractions in El Hierro. 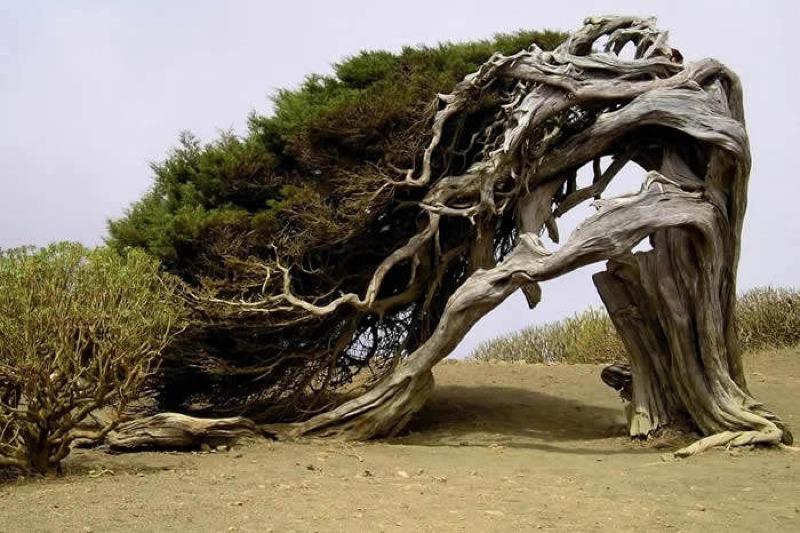 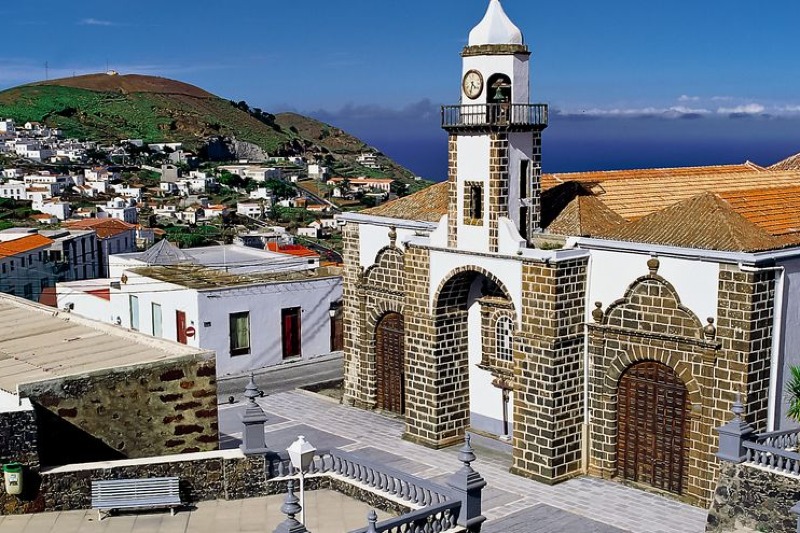 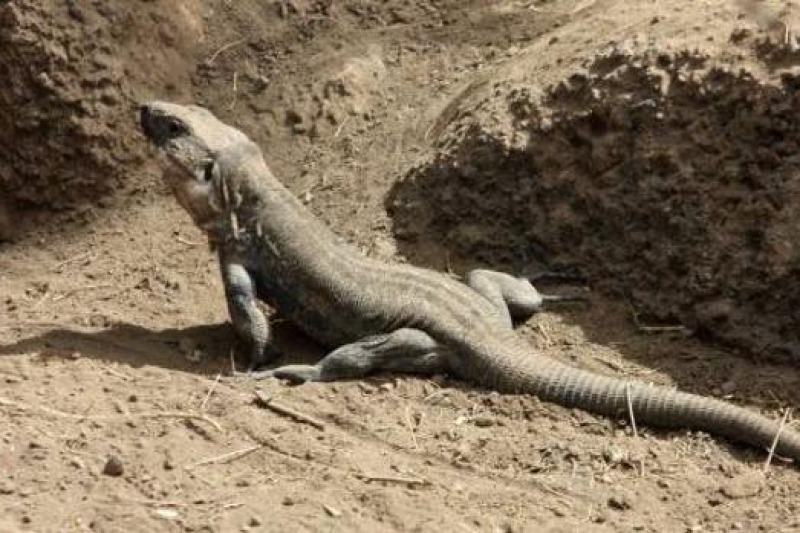 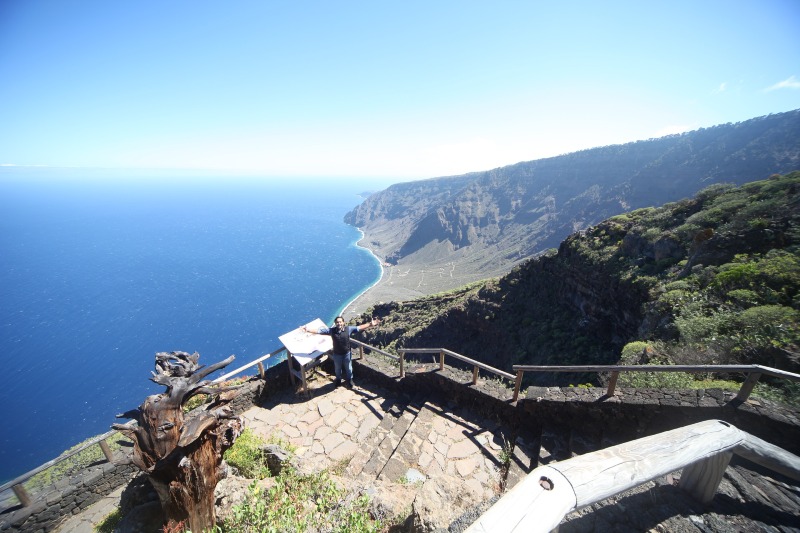 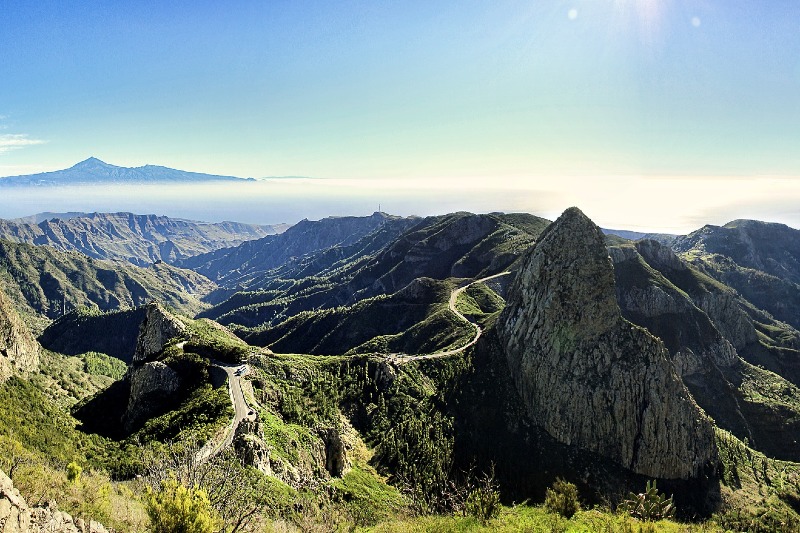 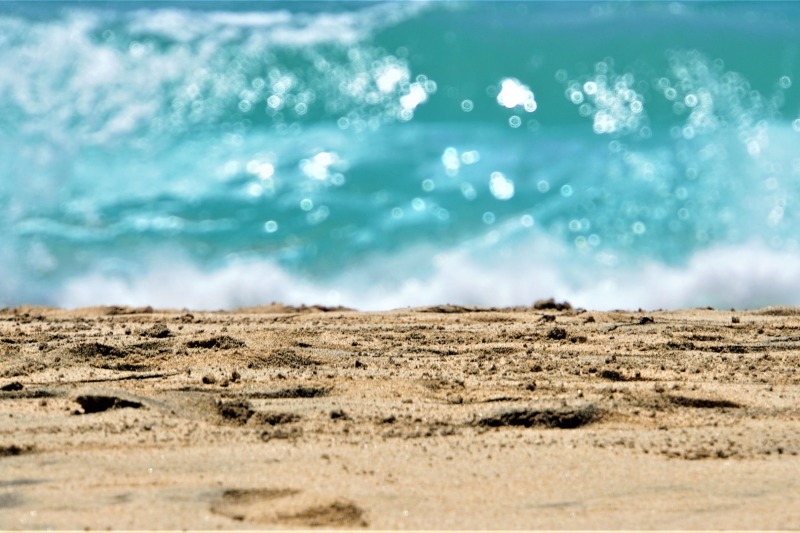 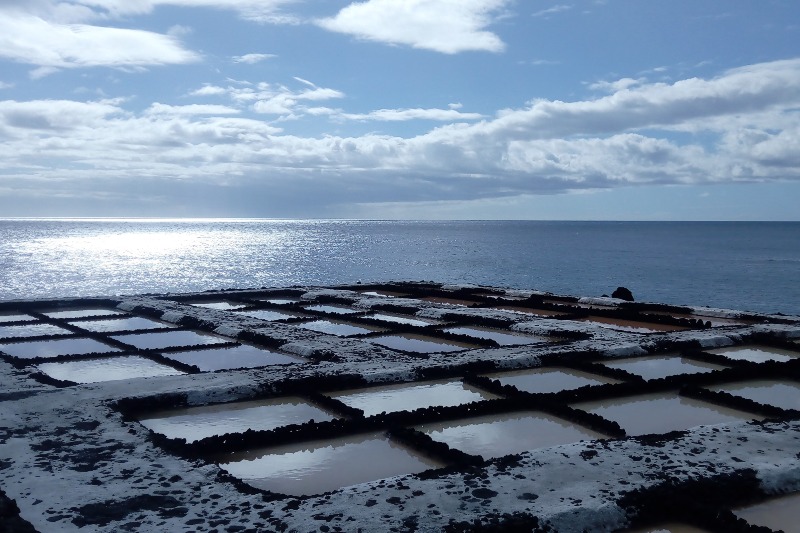 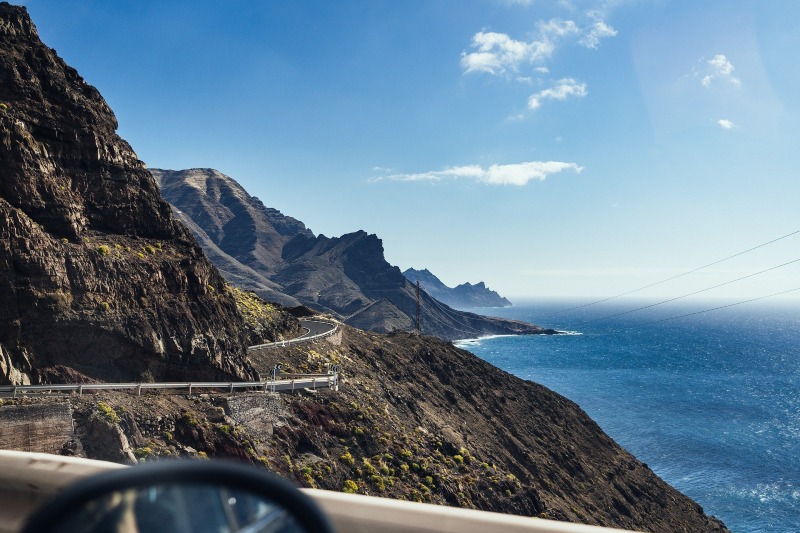 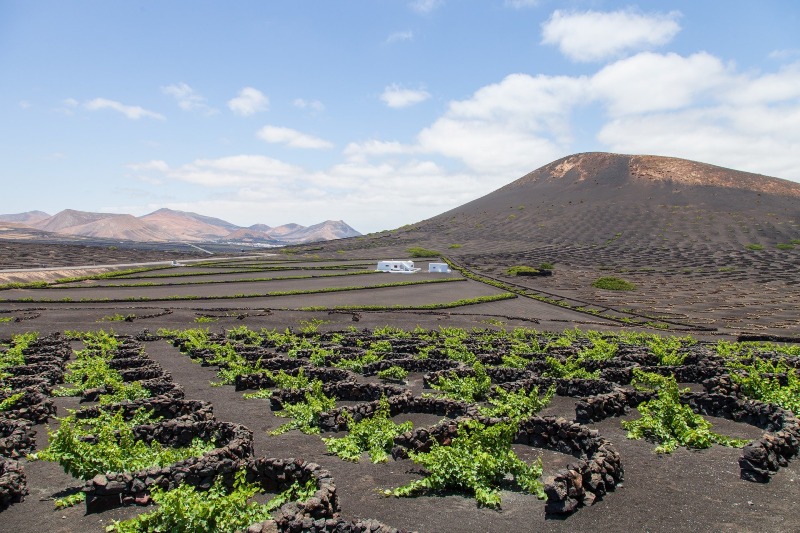 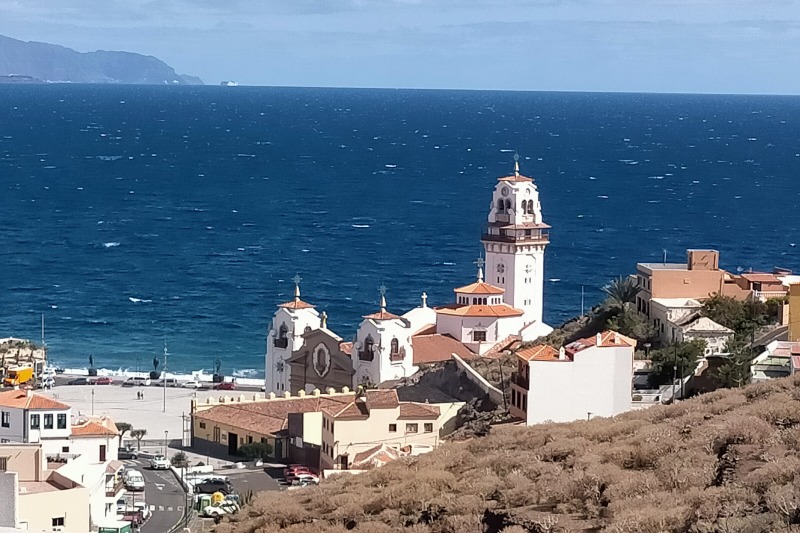