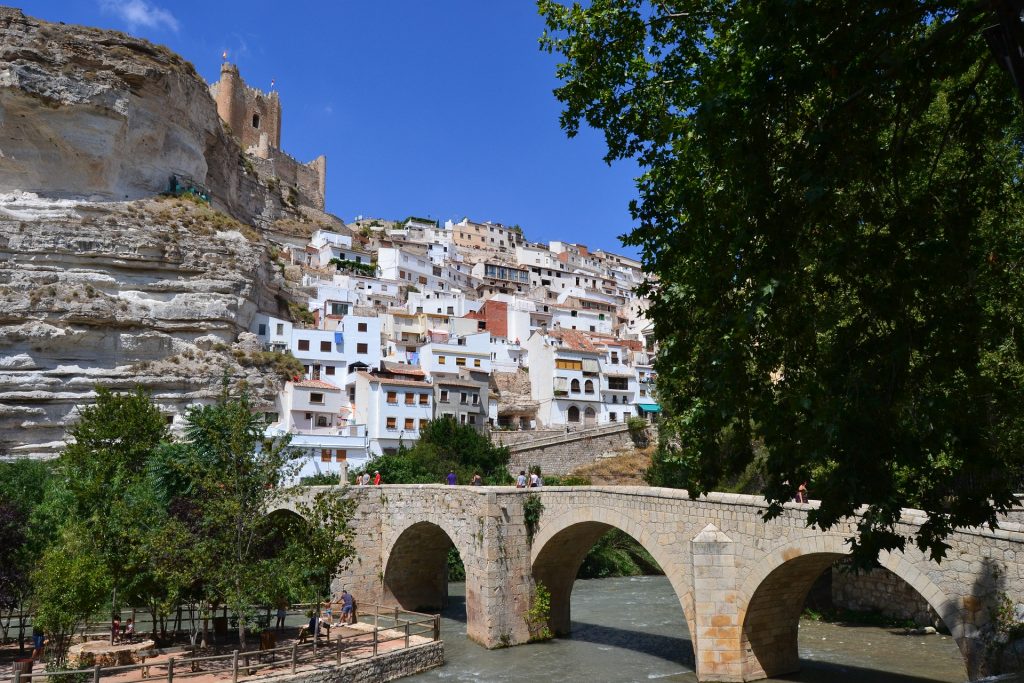 Aside from the village’s history, and quaint vibes it is surrounded by the singular landscape of the Júcar river gorge, which takes Alcalá’s beauty to the next level. Alcalá del Júcar is one of Spain’s most breathtaking hidden gems that you just have to experience.

Practical information to plan your visit to Alcalá del Júcar

In the year 1211, an expedition ordered by King Alfonso VIII managed to seize from the occupying Arab forces the strongholds of Garadén, Jorquera, and Alcalá. Just a year later, when Spaniards seized victory over the Almohads in the Navas de Tolosa (1212) and Alcaraz (1213), the Arab defenses broke, and they were forced to leave the region of La Mancha and the current province of Albacete. At this point, settlers from the north began to flood in.

Initially, Alcalá was a village of Jorquera, until on April 18, 1364, when the King of Castile, signed a document in the Grao of Valencia, granting Alcalá del Júcar its autonomy.

It was an area of great strategic importance and a great vantage point. For this reason, a cattle was built atop the mountain to watch over the region.

At the top of the hill, overlooking the village, is the Castle of Alcalá del Júcar. This defensive fortification dates back to the 12th century. The castle has suffered many transformations over the centuries, and little is left of the original edification.

The Castle of Alcalá del Júcar can be visited all year round and offers the best views in town. If you don’t want to have to park your car in the village below, the castle does have its own small parking lot, but the road to get there is steep and narrow.

If there is another monument in Alcalá that can rival the castle, it is the temple of San Andrés built in the 16th century. The church is also easily visible from any point surrounding the village. Like the castle, it has also suffered various transformations over the centuries, but they are more evident, and you can easily see the evolution. The church’s tower stands 70 meters tall, with a green dome.

Crossing over the winding waters of the wonderful Júcar river is the deceptively named Roman Bridge. It is not actually a Roman-era bridge, it gets its name from its appearance. It was actually built in 1771, and it is one of the most Instagram-able spots in the village.

During the sweltering summer months, it becomes the best place to cool off and take a break. It has a small river beach. An area enabled for swimming on the bank of the river Júcar with exceptional views. It is not the only river beach in the area.

Much of the town of Alcalá is actually underground. There are hundreds of meters of caves bored into the side of the mountain on which the town is built. These tunnels date back centuries and most have survived intact ever since.

The most famous of these tunnels is the so-called Devil’s Cave. The Devil’s Cave today serves as a restaurant/bar/nightclub combo. The tunnel crosses the hill from end to end. You can enter on one side and exit on the opposite side with a beer in your hands.

It is not the only bar or cave that can be visited within Alcalá del Júcar.  the Masagó and El Duende Caves or the Garadén Cave are all popular options.

You can also spend the night in these caves. Undoubtedly the most authentic Alcalá experience. Check out the Casa Rural las Colmenas or the Cueva de la Abuela María which are literally built inside the hill.

Best things to do near Alcalá del Júcar 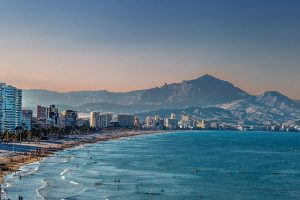 Alicante is one of Spain’s top touristic destinations, with good reason. This beautiful city is located on the Mediterranean coast of Spain and is one of the Largest cities in the region of Valencia. Alicante offers spectacular beaches, excellent food, and a vibrant nightlife.

Benidorm is a popular beach town in Alicante, a province of the Community of Valencia. This laid back beach town is a popular party destination and is home to some of the best beaches on the Mediterranean coast of Spain. 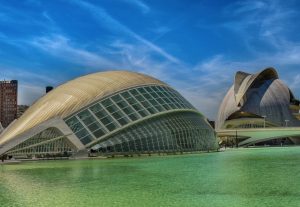 Video of Alcalá del Júcar - The town in a nutshell